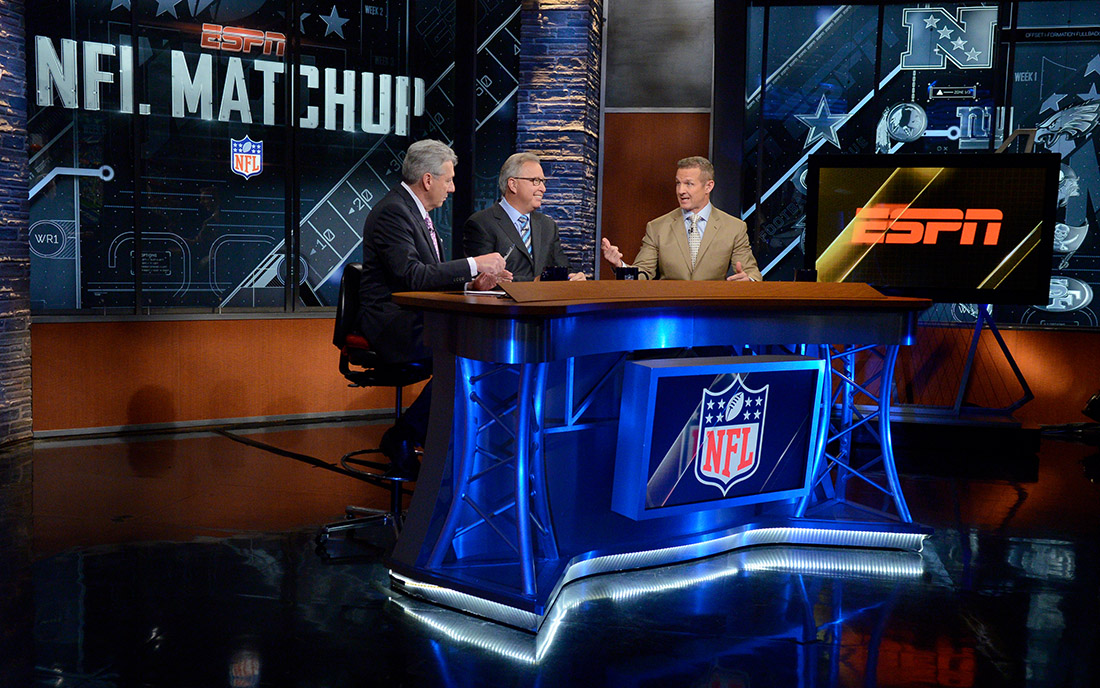 ESPN will have Houston covered for Super Bowl LI between the New England Patriots and Atlanta Falcons, with various filming locations for its main shows, including “NFL PrimeTime” and “SportsCenter.”

Wednesday through Friday, SportsCenter and ESPN’s NFL shows will originate from downtown Houston – adjacent to the Toyota Center between Austin, Bell, LaBranch and Leeland Streets, while Mike & Mike, First Take and Outside the Lines will be live from nearby Lucky’s Pub. Fans are invited to view live programming from both locations.

Additionally, ESPN Radio’s The Stephen A. Smith Show and Russillo & Kanell will broadcast from Radio Row at the George R. Brown Convention Center.

Outside the Lines (Wed-Fri from Lucky’s Pub): Bob Ley reports the news and provides analysis and unique perspective, while leading in-depth discussions with the biggest names in football.

Other ESPN properties, including ESPN Radio and ESPN Deportes will also have live coverage from Houston leading up to the big game.