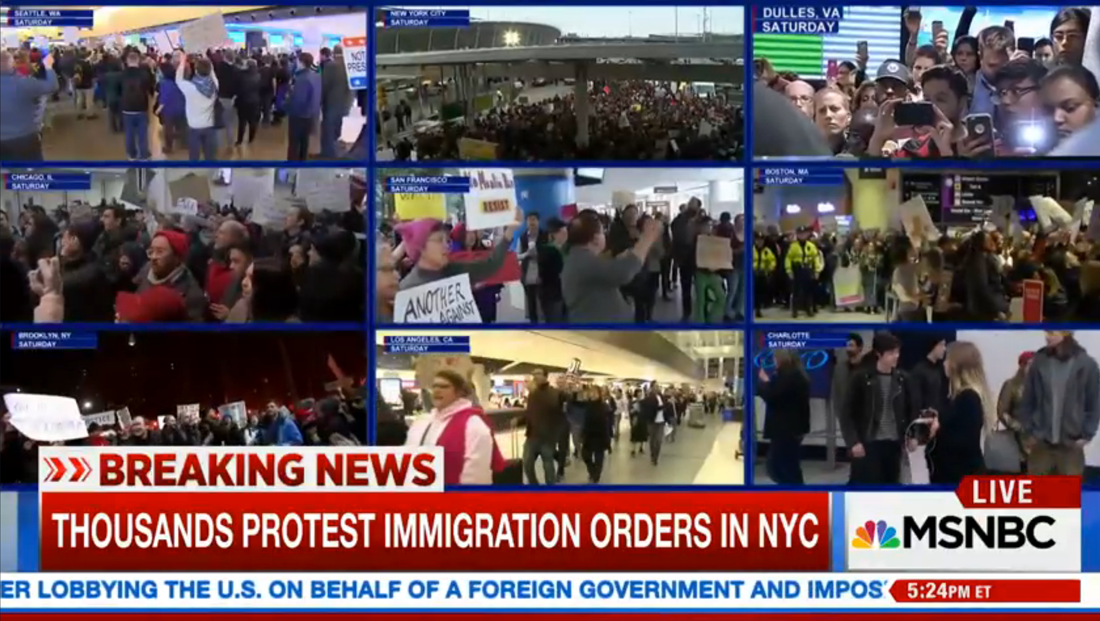 MSNBC pulled out a “9 box” to show the many protests that took place over the weekend in response to Donald Trump’s executive order on immigration.

The shots used were not live, as evidenced by the tiny, almost illegible, locator and time labels on each one, but the network utilized the loop during its daytime coverage Monday.

The effect, when combined with the network’s standard lower third graphics, bug and ticker, was rather cluttered.