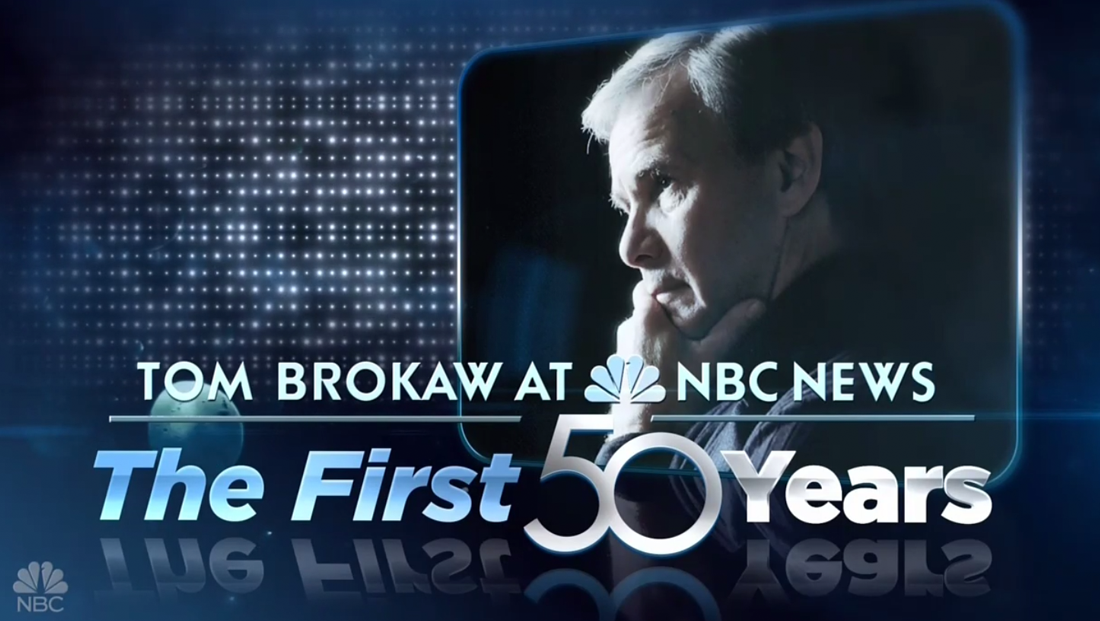 Brokaw, who remains a special correspondent and contributor on the network, appeared prominently throughout the special, including providing the intro.

The graphics included an animated collage of images from Brokaw’s history at the network.

For typography, the network used a font similar to the “Dateline” logotype — rendered in shiny light blue and silver for the words “The First” and “Years.”

Above this, the line “Tom Brokaw at NBC News” was presented in the custom draw font the network once used more consistently. That font features sharp points on the “N” and a distinctive “W.”

Also included in the look was the number “50” rendered in a sans serif old-style setup, with the top of the “5” reaching above the “0.”

The special didn’t, however, feature any additional graphics, including lower thirds, instead opting for a simple look with the NBC bug in the lower corner and hashtag “#Brokaw50” in the lower right.