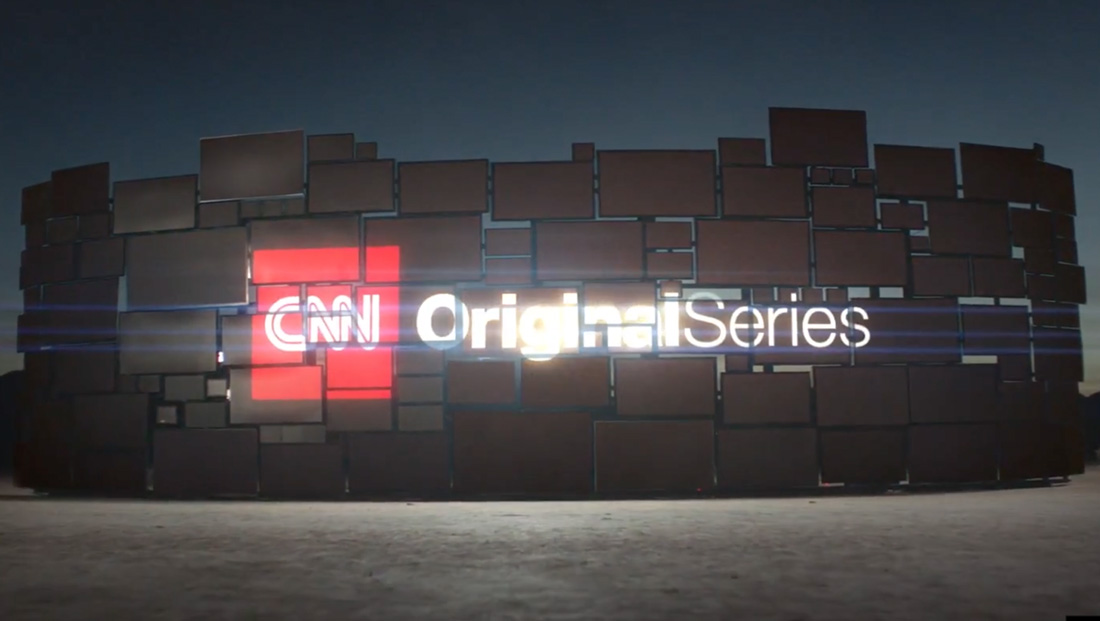 CNN has created a dramatic new promo to showcases its growing portfolio of original programming and series. The spot opens with distant views of a megalithic like structure in the middle of a dessert, somewhat reminiscent of Stonehenge or another ancient ruin, which, as the view moves closer, is actually a giant, virtual stack of television screens arranged in a large ring. Toward the end of the promo, the screens showcase various hosts’ faces before flickering to showcase the show logos and finally transitioning to the “CNN Original Series” logo.

CNN worked with a variety of partners to create the spot, which combined real aerial photography with digital compositing: