News nets roll out special graphics for strike on Syria 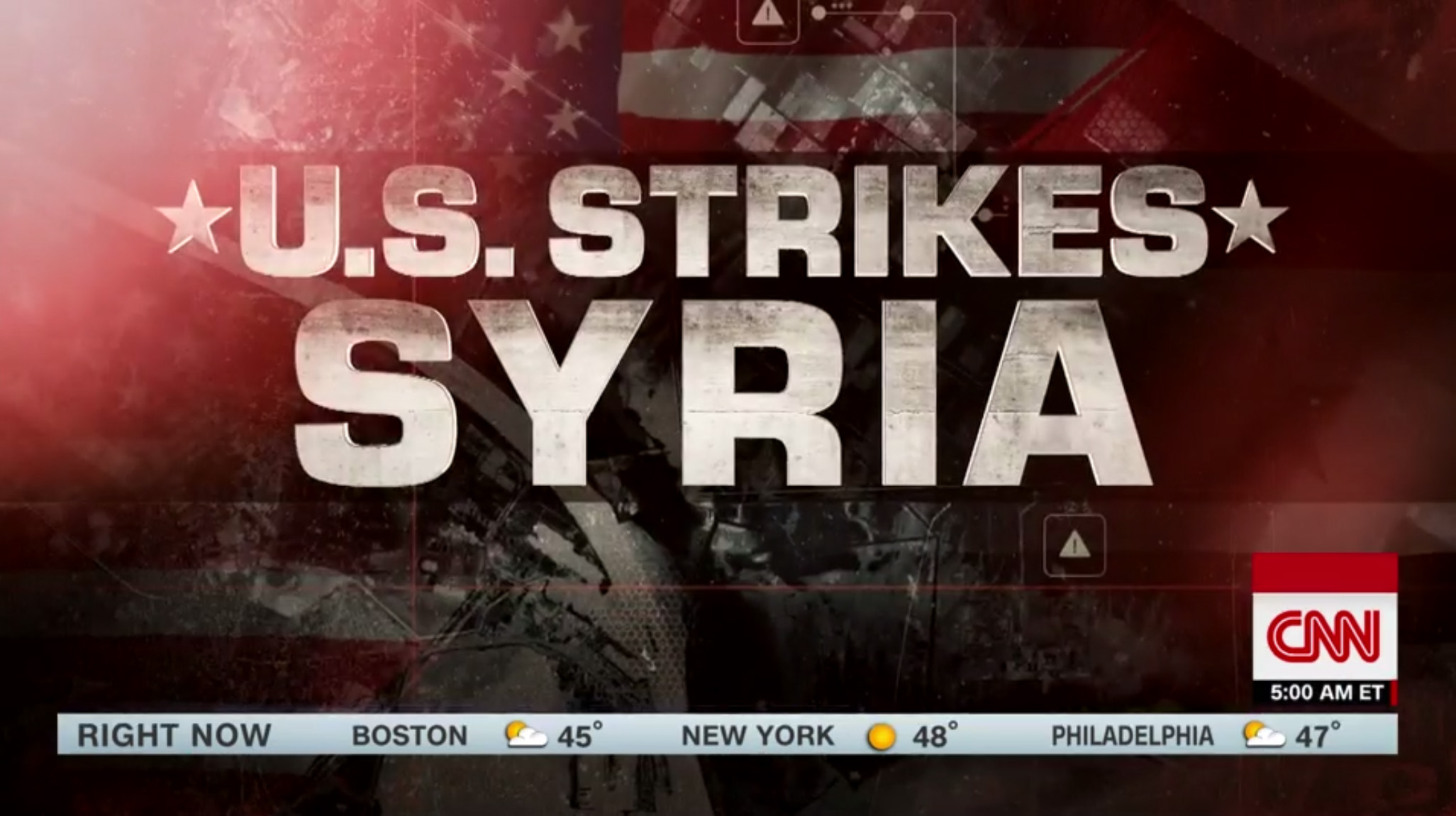 Every network this morning, across the board, rolled out special “Strike on Syria” graphics and over-the-top music cues, branding the military action by the United States.

The show of broadcast branding force would make you think American was at war or had just been attacked, based on the aggressiveness of the choices from the various channels.

Here’s a quick look at the topical designs.