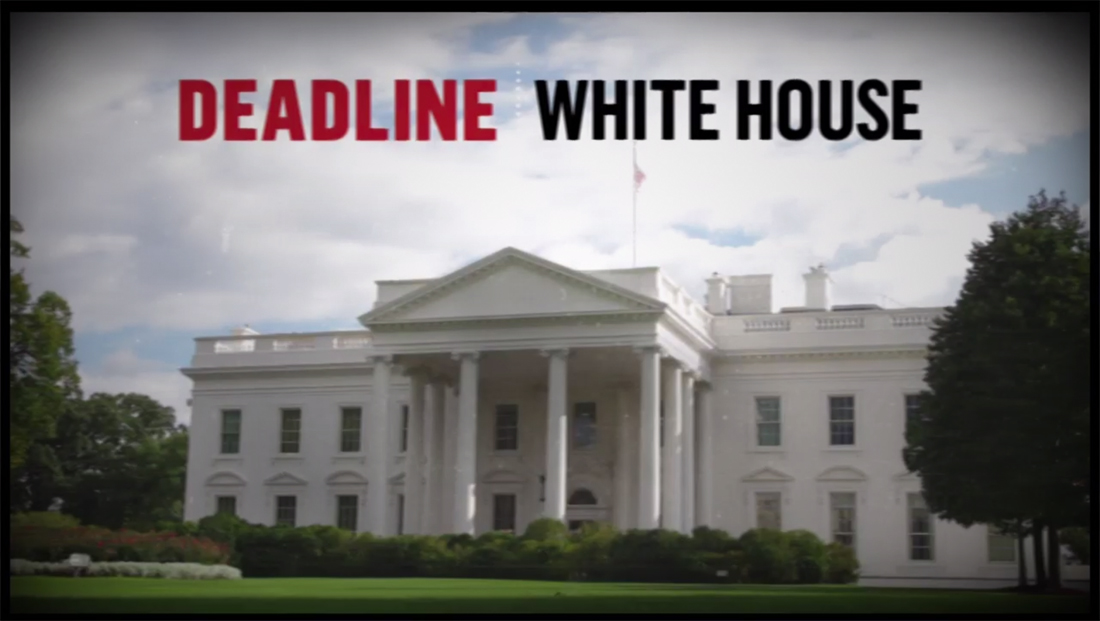 Wallace hosts the show from a round table and the show makes generous use of sweeping handheld camera shots that often almost completely encircle the set. On the studio’s corner LED walls, a large image of the north portico of the White House in the corner behind Wallace’s one shot, though it often looks a bit like it’s tilting slightly and being “propped up” behind her.

Photographs of the Lincoln Memorial and Capitol also featured on either side against a cheery blue sky.

This background layout is actually geographically impossible given the actual layout of the National Mall, though this certainly is not the first or only case of a such an amalgamation of Washington, D.C., landmark imagery. Given its “in the round” style, the show also makes extensive use of the various other backgrounds in the studio, including the backlit walls clad with flat panel monitors and the strips of LED panels that run along the opposite side. The working newsroom area, however, is mostly avoided and, for remote guests, the studio’s large rolling monitor obscures some of it.

The positioning of the monitor and dynamic shooting angles have the effect of creating the illusion that the guest is part of the roundtable discussion.

The show’s graphics, meanwhile, feature a mixture of condensed and wider typefaces, with the title card rendering the logo “Deadline” in red and “White House” in black above an image of said building, which is set against a decidedly less cheerful sky and wrapped in a black border and shadowy accents.

In lieu of the colon found in the show’s name styling, a vertical line of dots is used instead.

These dots, along with floating red lines, are also featured in the LED background and imagery fed to the smaller on-set video displays.

In some ways, these elements are similar to the floating elements found in the augmented reality graphics NBC and MSNBC used for the 2016 election night.

The graphics also incorporate a thick red accent on the far left of the lower thirds, which also echo the blocky look NBC used for its coverage of the inauguration and other recent political events.