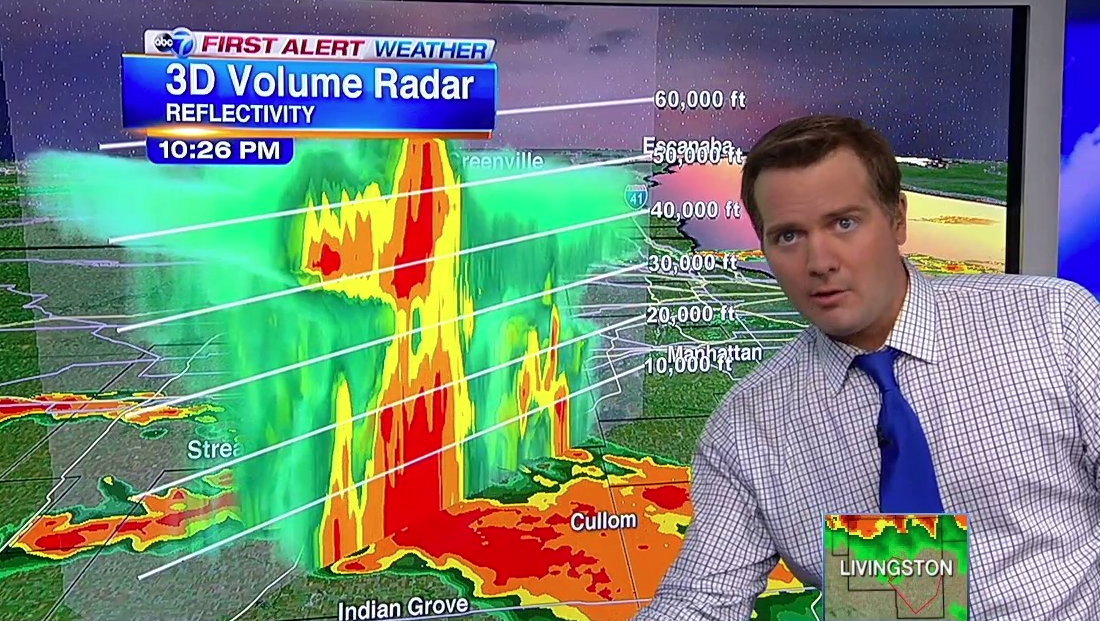 While the weather graphics viewers see every day on TV news have become slicker in the years since Larry Mowry became a meteorologist, there have also been key updates behind the scenes that make presenting weather more effective — but ultimately it’s up to forecasters to be creative and to innovate, he says.

Mowry is currently a meteorologist at ABC O&O WLS in Chicago and previously worked at KTVT in Dallas and WKMG in Orlando, Florida. He puts — as you might expect from someone who predicts weather for a living — a special emphasis on being forward thinking when building his forecasts.

“The moments when you can show the viewers a live picture of a storm coming their direction, it heightens the severity of the situation. This creates more of an immediacy with the viewer that says to them they really do need to take this storm seriously and act to protect their family.”

“I try and think about what people at work are talking about around the coffee machine. Usually it is about an upcoming snow storm or rain chances for the weekend,” said Mowry.

When it comes time to present his forecasts, Mowry turns to both his own creativity and the station’s installation of Max, the weather software suite from The Weather Company.

Even when he’s not on air, Mowry is constantly brainstorming ideas for how to share forecasts with viewers in an effective way.