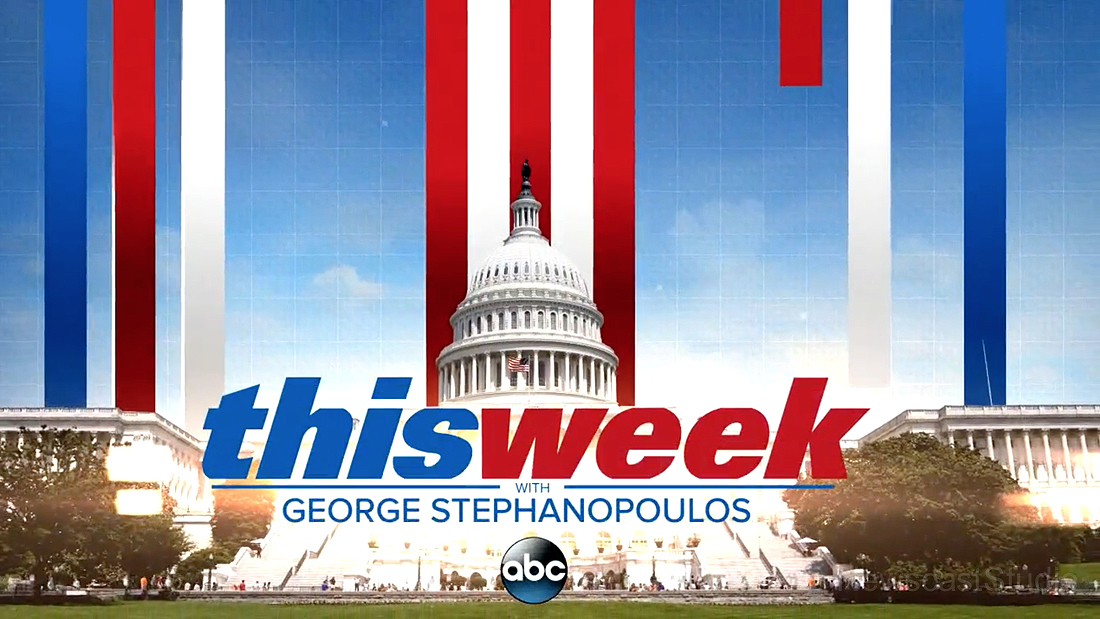 The new open combines thick red, white and blue vertical bands over stylized photographs of Washington, D.C. landmarks and a subtle grid texture with a drum-heavy version of the show’s theme. The look borrows elements from the promotional spots and graphics ABC used for its 2016 election coverage — and, like that look, has some visual connections to the title card of the network’s own political drama, “Designated Survivor.” The strong, italicized typography, color scheme and use of the thick colored bars has some similarities to the new open and graphics MSNBC’s “Hardball” debuted earlier in June 2017.

The “Hardball” look, however, uses more curved “ribbon” elements than the “This Week” design and also eschews D.C. imagery in favor of spotlight host Chris Matthews.

“This Week” did, not as of this writing, replace its the lower third insert graphics used during the bulk of the show.