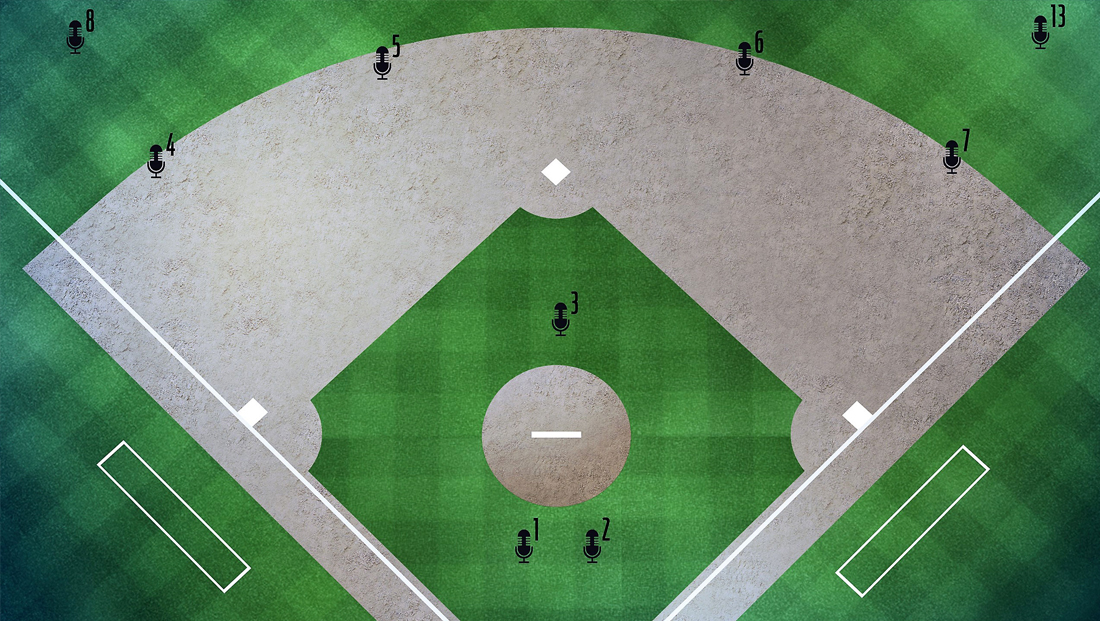 Fox will embed the microphones in the Marlins Park playing surface in Miami, capturing natural sound from definitive moments in the game.

“We experimented with field mics last year in San Diego and got some great results,” said Fox Sports senior audio mixer, Joe Carpenter, in a statement. “The sounds and grunts you get from guys likes Max Scherzer and Madison Bumgarner as they complete their pitches add so much to the feeling of being there.”

“I’ve been doing this since 1996, and we are not trying to capture sounds that embarrass anyone, reveal strategies or let the audience eavesdrop on private conversations,” Carpenter said. “We’re simply capturing sounds that are situational to the game … outfielders yelling, ‘I got it!’ or the sound of the shortstop landing with a thud after a diving stop. We want to be able to share those natural game sounds with the Fox Sports audience.”

In addition to the on-field microphones, Fox Sports also has two parabolic mics positioned out of play on either side of the field, and a total of more than 100 All-Star microphones.