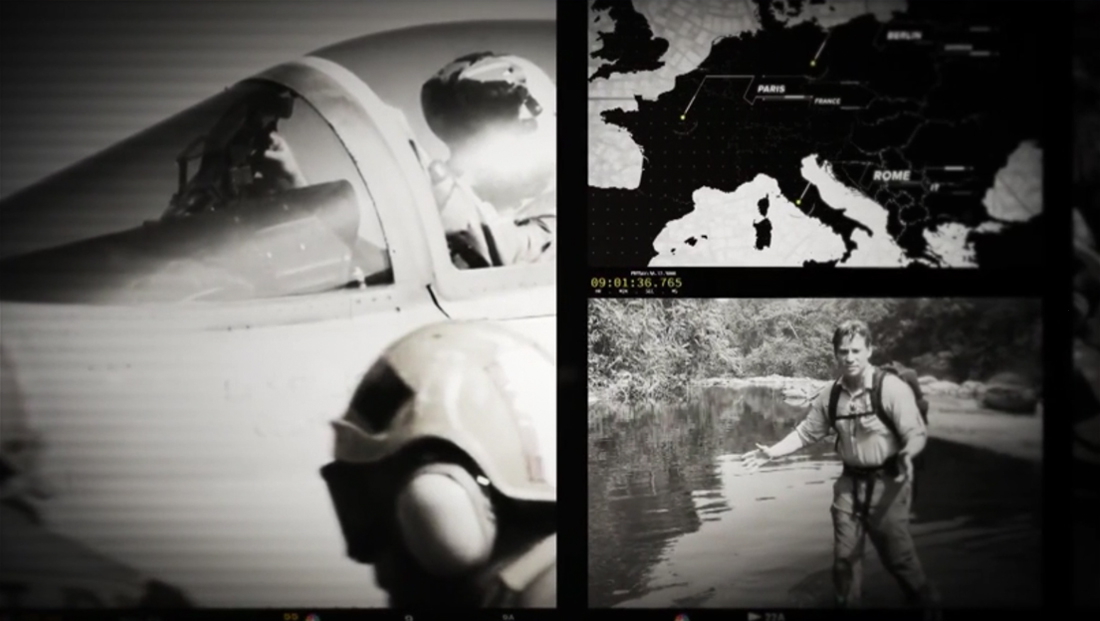 MSNBC debuted a new limited series Friday that focused on, through both its look and content, intrepid NBC News chief foreign correspondent Richard Engel’s reporting chops and his global travel to assignments.

The show, which was announced as a limited series taking over the timeslot of the “The Rachel Maddow Show” on Fridays this summer, kicked off its first episode with a taped introduction from Maddow.

Her “cold open,” which was delivered in typical Maddow style, aired directly before a brief opening sequence that combines black and white photography of Engel on assignment across the world with map imagery and references to various locales. The imagery is arranged inside of a collage-like layout of rectangular containers surrounded by thick black borders featuring microtext accents that conjure connections to both video and film frames and the technical aspects of video transmission.

Other nods to that motif included the use of “shutter” style wipes, which have also been introduced to the MSNBC dayside graphics.

After the title card appears on screen, it slides aside to reveal a map and locator to where Engel was reporting from — in this case, Hamburg, Germany, the site of the G-20.

The large lettering remained on screen even as the map disappeared from view reveal Engel framed in a simple one shot, giving further on screen emphasis of the location Engel is “on assignment” in. Since the show originated from a stationary standup location featuring a view of Hamburg, no set was needed, though the show did make use of black lower third insert graphics with sharp, triangular arrows as accents throughout the hour.