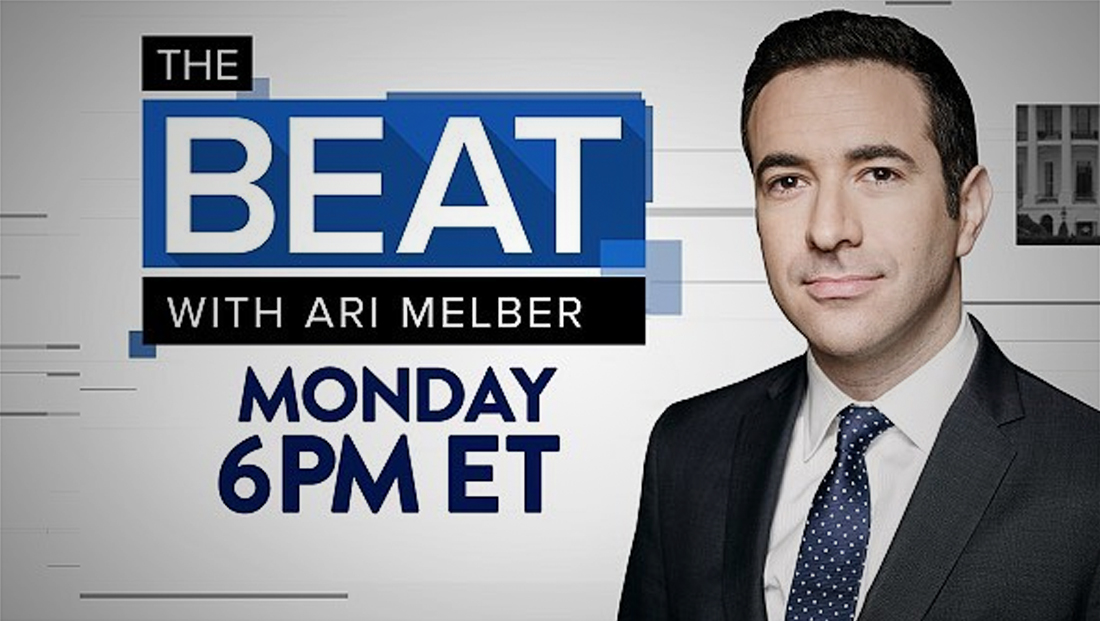 MSNBC has announced a name and start date for the Ari Melber-helmed show that replaces Greta Van Susteren’s “For the Record.”

The network also released a title card for the new show  which uses a large blue box for the word “beat” along with smaller, transparent blue boxes.

The word “beat” itself includes an extended “flat shadow” effect with black boxes for the word “the” and Melber’s name.

Other design elements include gray lines and an image of the White House.

The name “The Beat” is the latest of a string of generic journalism terms being repurposed as show titles — but at least it’s not being used by two networks like “On Assignment” and Melber’s own old Sunday show, “The Point.”

The show that previously occupied the timeslot, Van Susteren’s “For the Record,” was canceled in June after just six months on the air.

Melber, meanwhile, tweeted a collection of photos related to “some of our prep” related to the show.

Scenes from some of our prep for the 6pm show… more details coming soon… #CarbNews pic.twitter.com/H5TGmInoN2