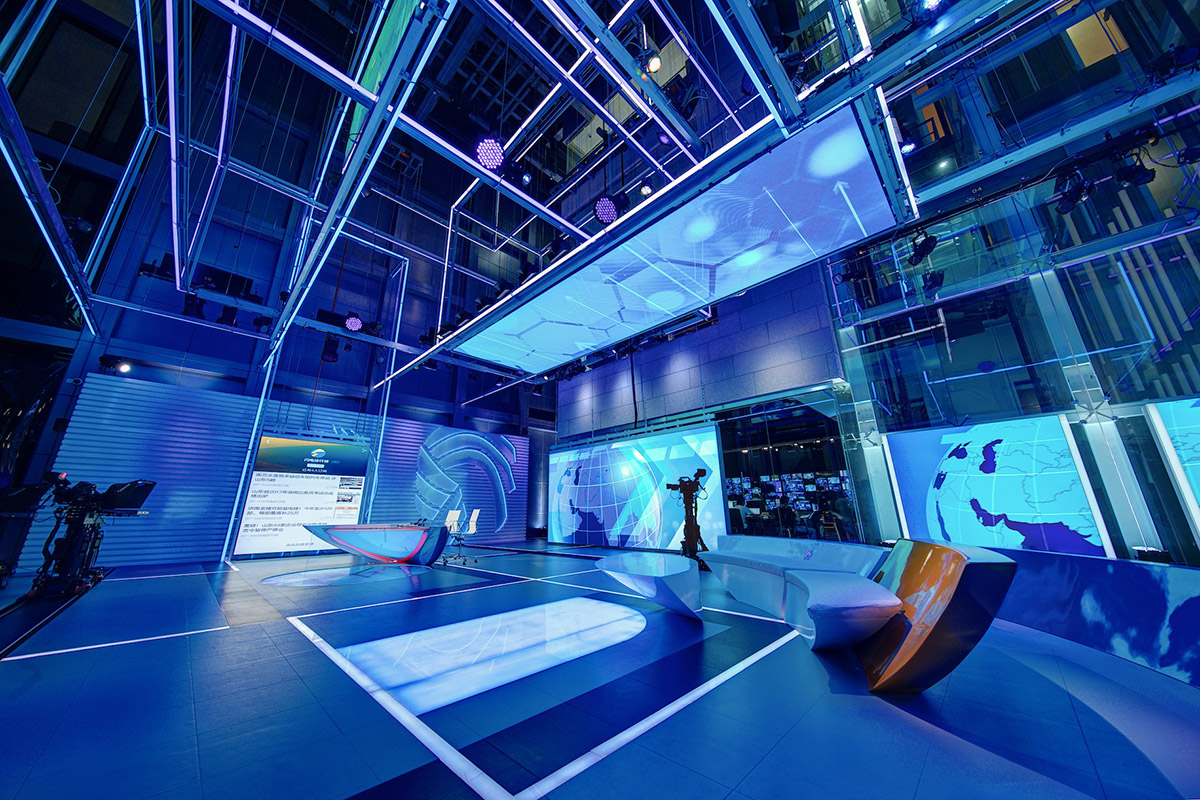 Shandong Television (山东广播电视台) in Jinan, Shandong, China, is preparing to debut an immersive media environment that transforms a building atrium into a layered broadcast space.

“Taking formal cues from the converging internal structure of a towering four story atrium, Clickspring Design’s latest contribution to the Chinese media market occupies what was once a sparse, street-facing building lobby,” said Christopher Ferguson, a designer with Clickspring Design, who provided NewscastStudio with an exclusive first look at the design and behind-the-scenes imagery of how the set was conceptualized and engineered.

“Set to debut on Sept. 1, for Shandong Television network, the versatile broadcast environment boasts a series of suspended, interlaced LED light frames engineered in collaboration with blackwalnut specifically for the project,” said Ferguson.

The frames, which create an interconnected canopy above the atrium space, provide a unique visual language for SDTV, while allowing flexibility through the LED technology. Diagram of the frame assembly.