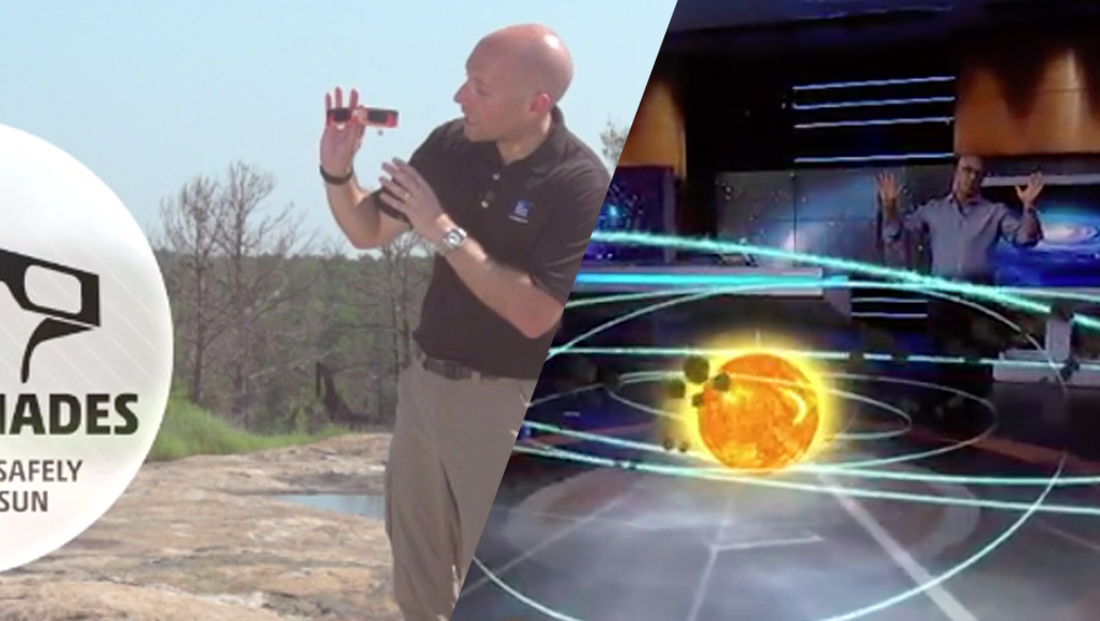 As announced, The Weather Channel used augmented reality segments to help explain the science behind the total solar eclipse.

The pre-produced segments were aired multiple times over the days leading up to Aug. 21, 2017 and included an outdoor “play by play” on what happens during an eclipse and an in-studio piece on the science behind an eclipse. The play by play video, hosted by Mark Elliot, featured Elliot standing outdoors on a rock face with water, trees and other vegetation visible in the background.

Next to him was a curved band of light, which served as a sort of hint of what was about tosee.

Next, the camera zooms out for a wide view of the landscape, with small, star like objects, addition circles and moon shapes floating around Elliot.

One notable effect here, however, is that the lighting in the augmented world was lowered to reflect how sunlight is affected along the path of totality.

The segment eventually became light again as Elliot explained the aftermath of the eclipse.