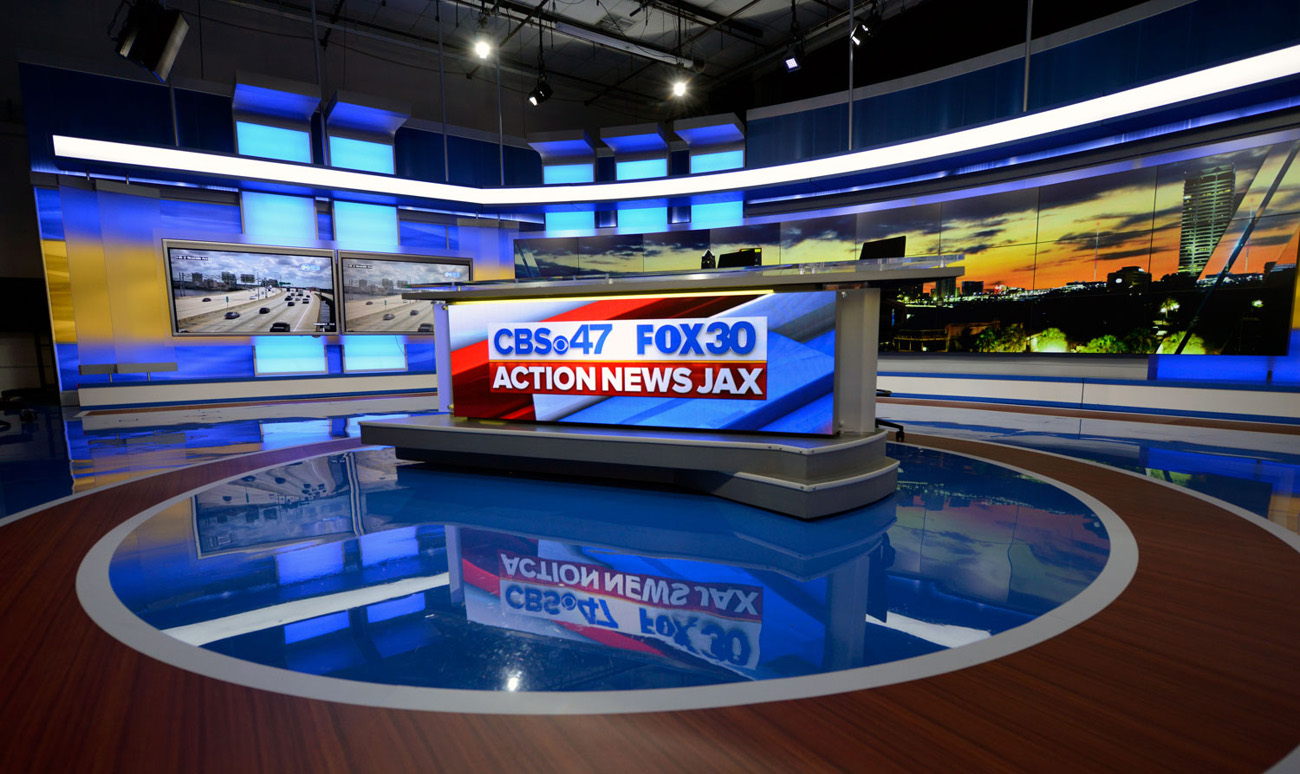 WJAX, the CBS affiliate in Jacksonville, Florida, went live with its new set and graphics early so it could use the updated weather center and video walls in its coverage of Hurricane Irma.

The new look was set for a debut a bit later, but insiders report that the station opted to flip the switch Wednesday afternoon.

The set, from Devlin Design Group, comes equipped with a large working weather center, which is obviously playing a key role in the station’s first newscasts from the new studio. The weather center features a large, curved presentation pod with video panel framed with frosted glass as well as a semi-enclosed weather office beyond, which features workstations and two walls festooned with additional flat panels. The new anchor desk, meanwhile, features a large video wall behind it with blue, white and backlit accents above and below it, as well as vertical panels that extend into the header camera left.

The half-moon shaped desk, which is topped with glass, also features an LED ribbon on the front. On the far left of the space, color changing background graphics serves as the backdrop behind two flat screens used for standups and live shot tosses. The panels are mounted in front of internally lit vertical segments that match the three in the anchor background and flanked by pivoting frosted panels. Camera right of the anchor desk is additional printed graphics and frosted panels, as well as a vertical two panel wide monitor stack, which can be used as a standup OTS element or OTS for in-studio, debriefs at the anchor desk. During Wednesday newscasts, the position was branded as the “Storm Desk” for an in-studio reporter to provide updates on the storm and closings in the area. The video wall is also designed to integrate with the weather center, including have the news anchors join the meteorologist at the presentation pod. Overall, the design mixes a coastal style with the latest in technology and a blue, ocean-inspired, floor.