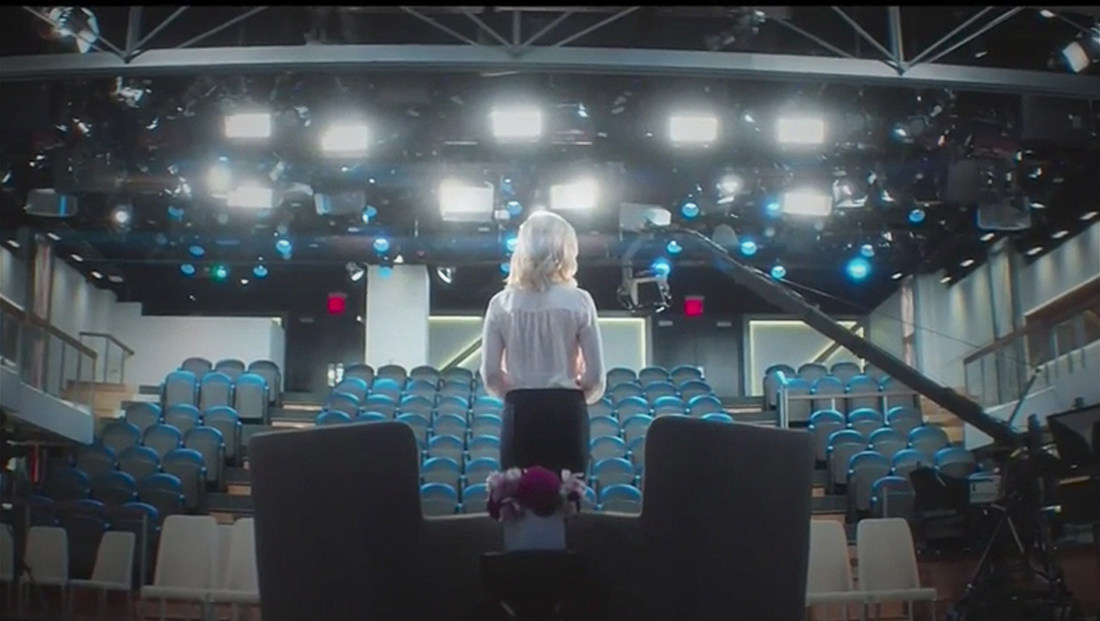 NBC has begun airing promos for “Megyn Kelly Today,” including during Wednesday, Sept. 13’s “NBC Nightly News,” that give viewers a glimpse at the show’s set.

The promo includes a serious, even somber voiceover by Kelly, who starts off saying, “in a world and a country that is incredibly divided right now, my hope is that this show can be a unifying force.”

Viewers then see Kelly standing on what is presumably her new set along with shots of her in a meeting. As the promo continues, additional shots of the set are shown with guests and production crew.

The promo ends with Kelly saying “maybe you can turn in for an hour and feel … connected,” while a fullscreen graphic that includes what is presumably the show’s final logo — half of the “Today” sunrise icon next to a stacked logotype in a sans serif typeface — a look that is structurally similar to the one that debuted on the yet-to-debut show’s social media accounts earlier this summer.

The updated logo also includes the word “Today” in all caps, which is how NBC prefers to stylize the “Today Show” name as well.

Kelly will be based in Studio 6A in Rockefeller Center, according to sources, which will allow her to have a live studio audience. The space was formerly home of “The Meredith Vieira Show” and the summer variety show “Maya and Marty,” both of which made use of the audience risers. Overall, the glimpses of the set visible in the promo show a light and airy look in white, blue and pops of darker wood with plenty of bright, lush outdoor views.

The setup also includes audience seating on the floor of the studio, closer to the set itself, in addition to the tiered seating behind. Additional seating is available on two small balconies in either side of the studio space. The look also appears to make use of diagonal lines — including ones in exposed truss work above the set and overlaying the white exposed brick found throughout the set.