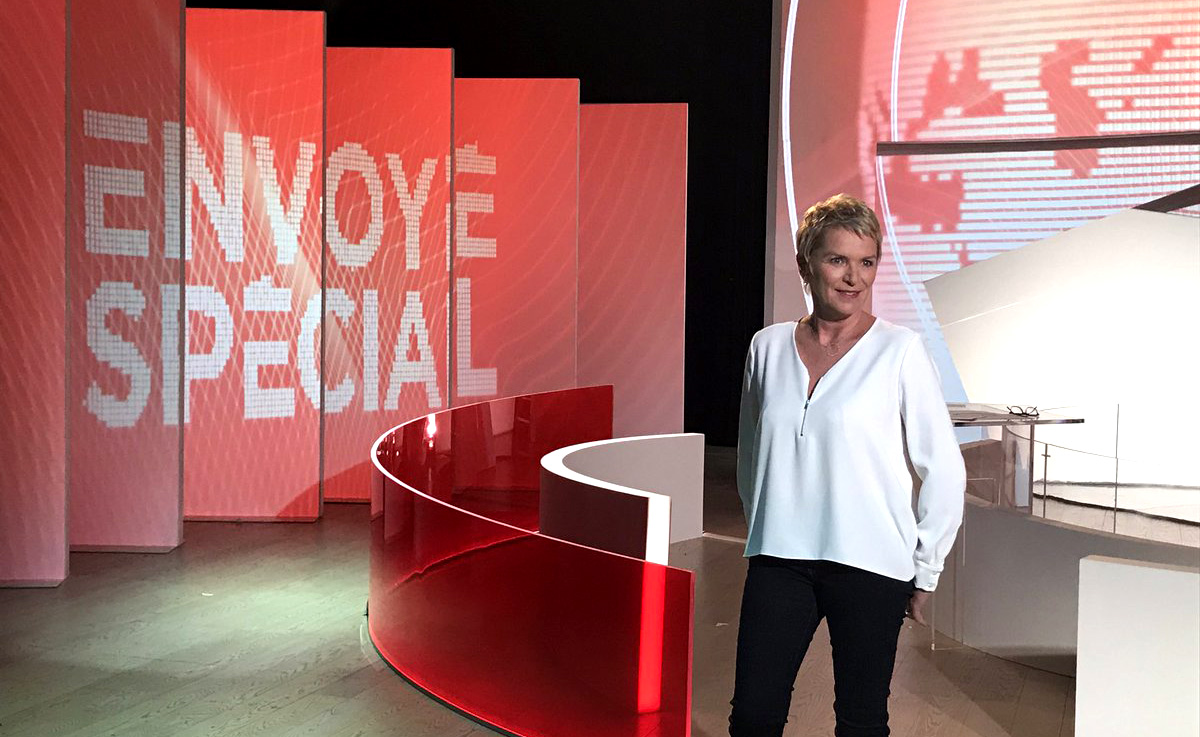 From Olivier Illouz’s Studios 40, the design creates a video canvas to help tease and debrief stories in a dynamic way.

Throughout the program, host Elise Lucet moves between the concentric rings of scenery as video appears projected on the various free-floating panels around her or in floating AR panels.

Augmented reality graphics and animation from Dreamwall also create the show’s opening sequence, which takes viewers through Paris to the show’s studio in the France Télévisions building. Previously, during the first season, “Envoyé Spécial” filmed on an outdoor set created from a shipping container.