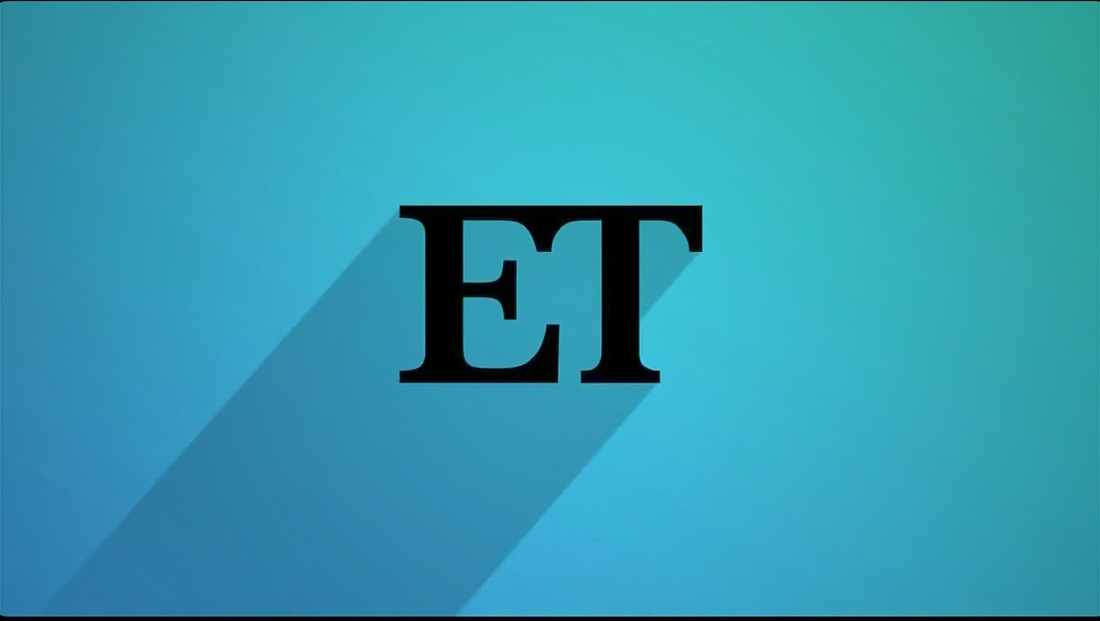 Syndicated entertainment newsmagazine “Entertainment Tonight” has switched to a blue graphics package that makes generous use of the flat design approach.

The show’s new open includes a mix of subtle gradients in a blend of blues and teals along with simple rendition of the show’s “ET” logo with a so-called “long shadow” effect applied. Typography also plays a prominent look in the new open, with various parts of the shows’ full name appearing as oversized graphical elements throughout the new look. In some instances, the gradient and long shadow effect is integrated into other on-screen text as well. The flat look is accented by imagery, including blurred backgrounds and to form the letters themselves in some cases, while another treatment includes the use of small celebrity headshots merging together to form a rough outline of the “ET” look. Interestingly, the show’s retains its gradient gold rounded corner square logo, first introduced in 2014, in other parts of the graphics package. Instead of going fullscreen, many of the graphics contained a thick black border with rounded corners, a look that mirrors the shape of the logo or as a pane of film. The set that debuted the same year, meanwhile, has remained largely the same, though it’s worth noting it was designed with color changing technology, including a light blue-teal palette that was used frequently over the years.

The show’s insert lower thirds stick with a rectangular shape in a matching color scheme, with some of the text nudged right up against the edge or purposefully placed lower on the vertical axis.