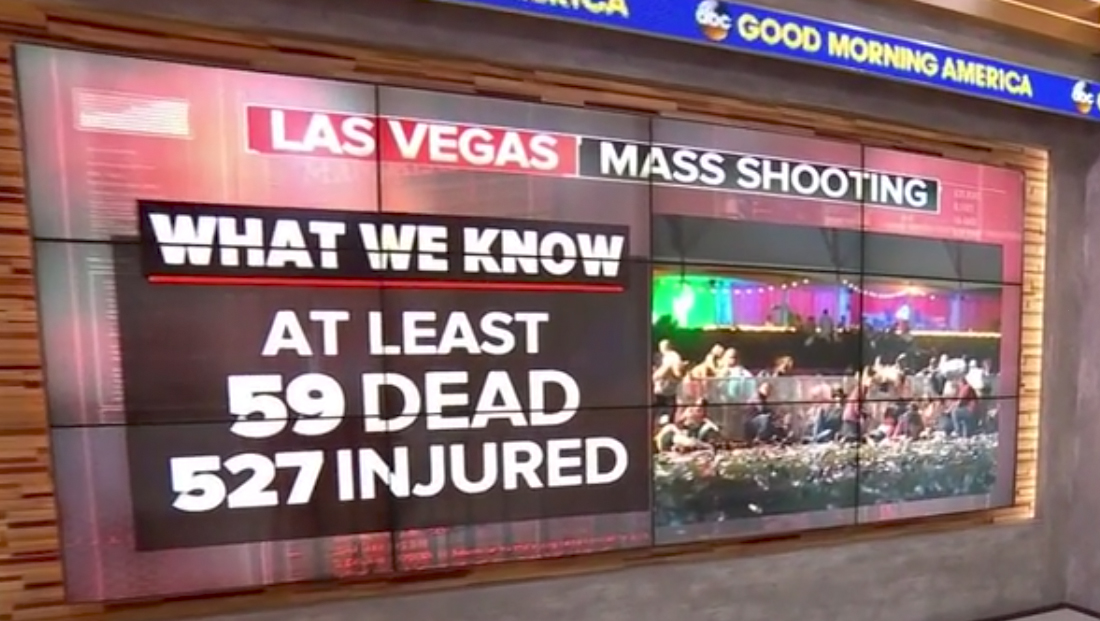 After devoting most of its tease time to the shooting, “GMA” switched gears to tease the death of Tom Petty.

The broadcast used its normal voiceover before the show started, revealing the show’s anchors at the Times Square anchor desk. As the anchors began the coverage, the view switched to a handheld camera shot that weaved its way through the passageways flanked by video panels that were used to spotlight facts and photos of the victims.