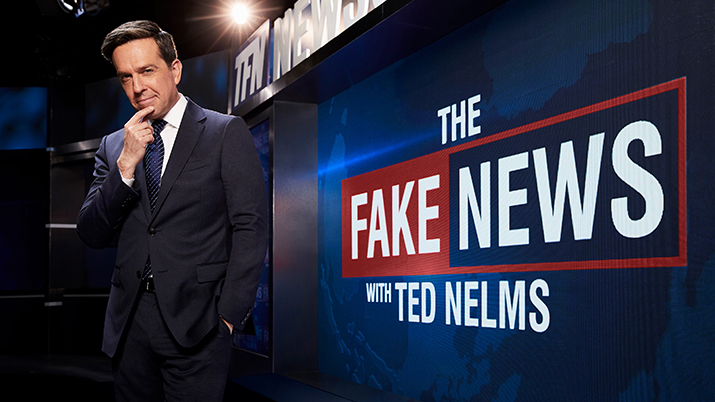 “The Fake News with Ted Nelms” airs Wednesday, December 13, and will feature stories that look and sound like actual news, but to the contrary, they’ll be “ridiculous made-up.”

“It’s a fast-paced one-hour special that looks like CNN with the volume off, but with the volume on is a constant stream of jokes delivered with such extreme deadpan gravitas it’ll ruin viewers capacity to watch the real news ever again without laughing,” notes a release from the network. “Led by Helms as Nelms, the special skewers the way news is delivered by emptying out the format and refilling it with insanity, silliness, and absolutely no factual content.”