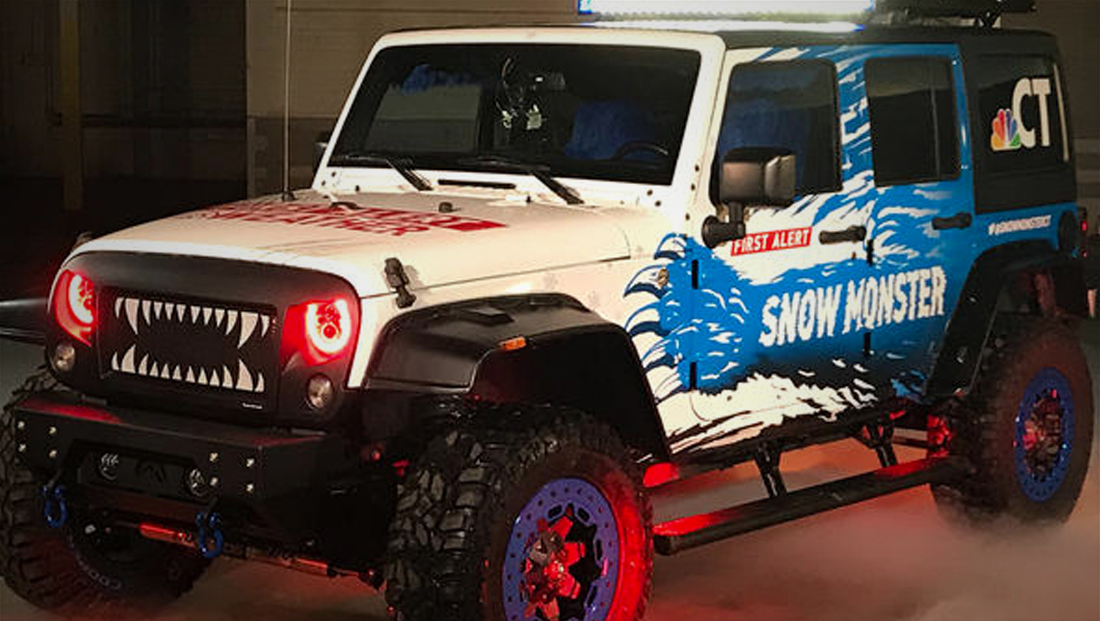 Connecticut’s NBC O&O WVIT has a new winter weather vehicle that’s been decked out to the extreme — both technologically and visually.

Dubbed the “Snow Monster,” the customized Jeep Wrangler 4×4 is souped up with four-wheel drive capability, off-road shocks and beefed up suspension.

The vehicle, which the station has dubbed “winter’s worst nightmare,” is being rolled out amid what could be the first significant snowfall the market sees this winter.

The vehicle is equipped with nine high definition cameras that give it 360-degree coverage of its surrounding areas as well as a ground temperature sensor, which the station says plays a key role in forecasting winter weather.

The livery of the vehicle, meanwhile, is a bit over the top — complete with “jaws” on the front grill and bold red “eyes” formed by the customized red headlights. The back of the truck is decorated with blue arms and claws with the “First Alert Snow Monster” logo emblazoned on the hood, sides and rear.

The vehicle also has, quite naturally, its own Twitter account, where it has already sparred with KXAS’s “Thunder Truck” on which vehicle is superior.

i respectfully disagree @DavidFinfrock! everything may be bigger in Texas but i pack quite a punch…good things really do come in small packages! https://t.co/9T1M9PGvy2

NBC, which owns the station, also has a small fleet of “Storm Ranger” vehicles that are equipped with a mobile radar dome. These trucks, which first hit the road in 2016, are shared among stations and are moved around the country based on weather conditions.