Creating a flexible, architectural space for Fox Sports, down under 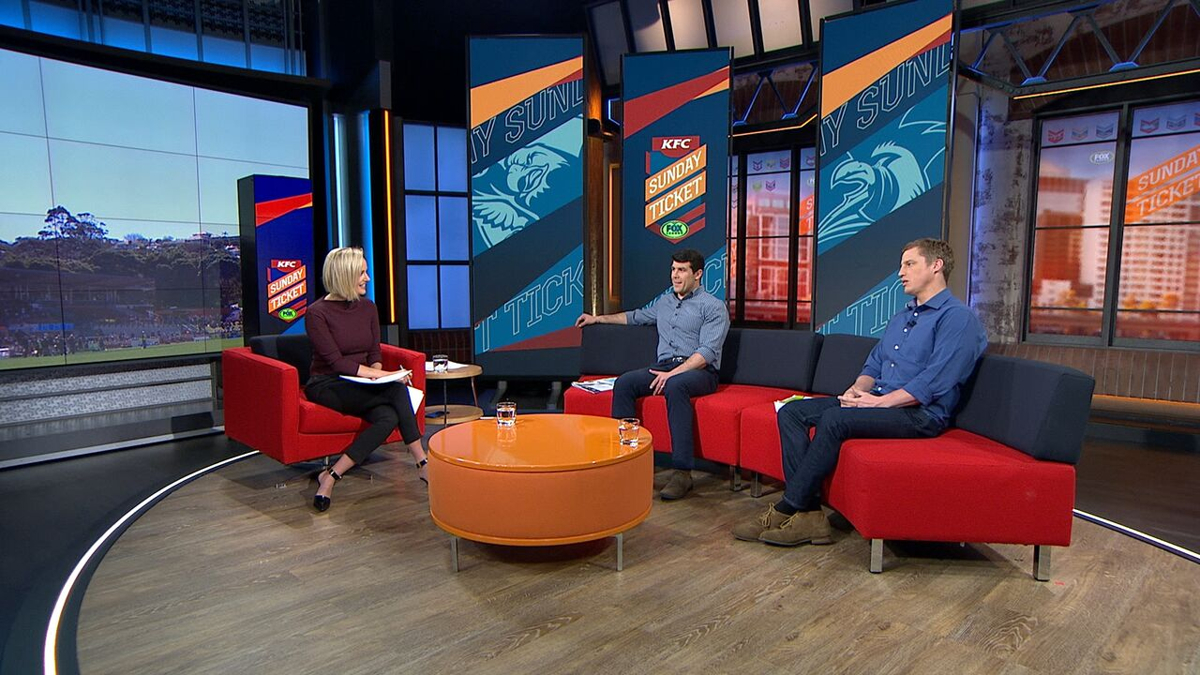 Accommodating over 10 individual shows, each with its own style and branding, Fox Sports Australia rolled out a dynamic and flexible design update for its flagship Studio A this year.

Named in honor of Australian rugby player and coach Clive Churchill, the Churchill Studio in Artarmon, a suburb of Sydney in New South Wales, plays host to some of Fox Sports’ biggest shows, such as “Friday Night Footy” and “Monday Night with Matty Johns.”

For the project, JHD Group worked with Australian partner Crayon Design Studio to reinforce the Fox Sports brand with a studio that would be able to produce a variety of programming now and more which had yet to be envisioned, stocked with the latest in technology and framed by strong architectural features.

“We took the challenge knowing the number of shows and uses would grow beyond those specified, and this required a studio that could offer a variety of shooting positions,” explained Jeff Hall, principal of JHD Group. Studio A dressed for “Monday Night with Matty Johns.”

Used year round, with programming that follows the cycle of sports in addition to the desires of the network heads, it was crucial for the space to be cohesive across programming while giving each show and sport a unique look and feel.

The overall strategy of the new Studio A blurs the line between the building’s structure and set pieces by recreating the building’s architecture as a frame in which multiple mobile set pieces can be placed and rearranged.

Leveraging the building’s walls and ceilings was a bit unconventional, but it ultimately allowed for extremely wide and deep shooting. The final design is grounded in architecture rather than being lost in 2D branding. Studio A dressed for “League Life.”

“The design team specified a variety of recognizable interiors to help locate the sets into real, human-scale environments, rather than the previously graphic-heavy designs,” notes Hall.

The studio also leverages multiple anchor desks, color-changing technology and lighting, and video panels to allow for flexible backgrounds that can be altered with the flip of a switch.