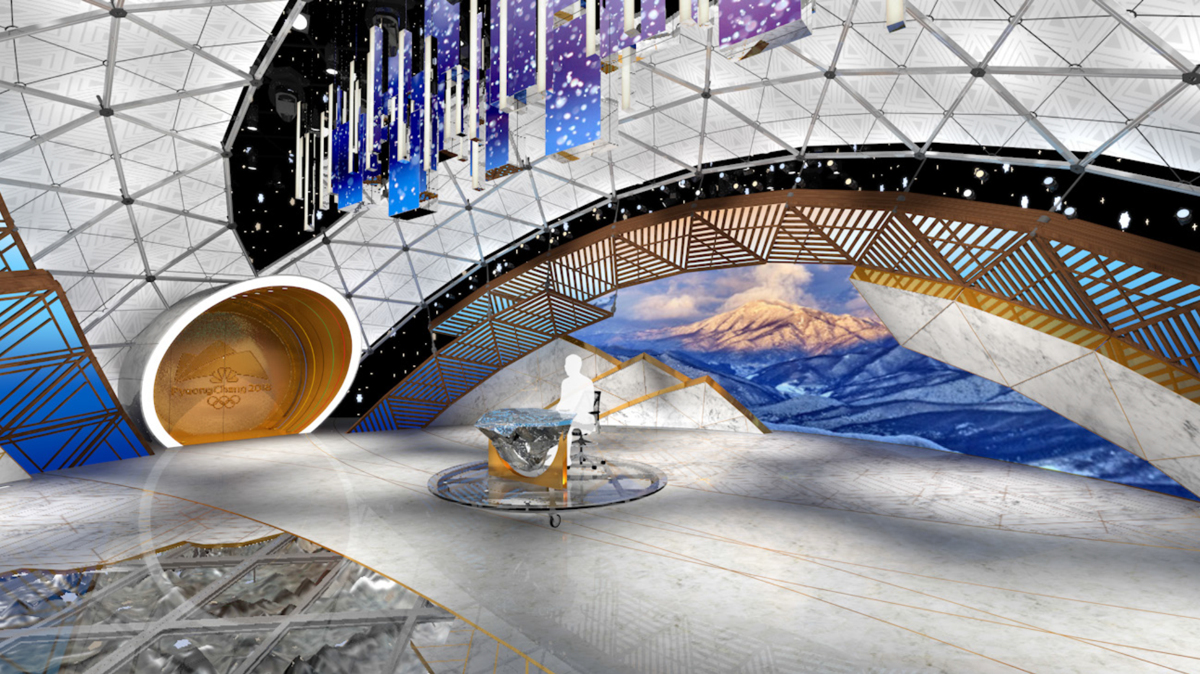 NBC will use a 3,500 square foot geodesic dome as the main studio for its coverage of the upcoming PyeongChang Winter Olympics (동계 올림픽) in February.

The unique domed set will include a 40-foot by 16-foot LED video wall from Leyard, complemented by 18 55-inch high-definition monitors and more than 15 standup locations. Also included in the design are a primary anchor desk, interview areas and news update desk.

Slated for use by the network’s primetime and late-night programming, the shape is inspired by the PyeongChang (평창군/平昌郡) mountainside in South Korea. NBC will also use 1,000 square foot “winter lodge” set on the rooftop of the International Broadcast Center with windows overlooking the ski jumping venue at Alpensia Ski Resort as well as the panoramic views of the Taebaek Mountains.

NBC Olympics will use a total of 13 studio sets for coverage of the 2018 Winter Games across NBC, NBCSN, CNBC, USA Network, NBCOlympics.com and the NBC Sports app.

NBCSN’s coverage will originate from the network’s studio in the Gangneung Coastal Cluster at Olympic Park, the site of figure skating, hockey, speed skating and curling competitions. The set at Olympic Park will be the home of all primetime, daytime and late night coverage on NBCSN, and will include a 30-foot by 30-foot outdoor skating rink that will be used for demonstrations and stand up interviews.

Lighting for NBC’s studios is designed by The Lighting Design Group, and all fabrication was done by blackwalnut.

In addition to the South Korean locations, five studios at NBC Olympics’ headquarters in Stamford, Connecticut, will be dedicated to hockey, figure skating, curling and digital coverage.

NBCUniversal will present more than 2,400 hours of coverage of the XXIII Olympic Winter Games. NBC’s coverage of the PyeongChang Games begins in primetime on Thursday, Feb. 8, at 8 p.m. eastern time – one night before Opening Ceremony coverage on Friday, Feb. 9 – and continues until the Closing Ceremony on Sunday, Feb. 25.