ESPN broadcasts from Minneapolis ahead of Super Bowl LII 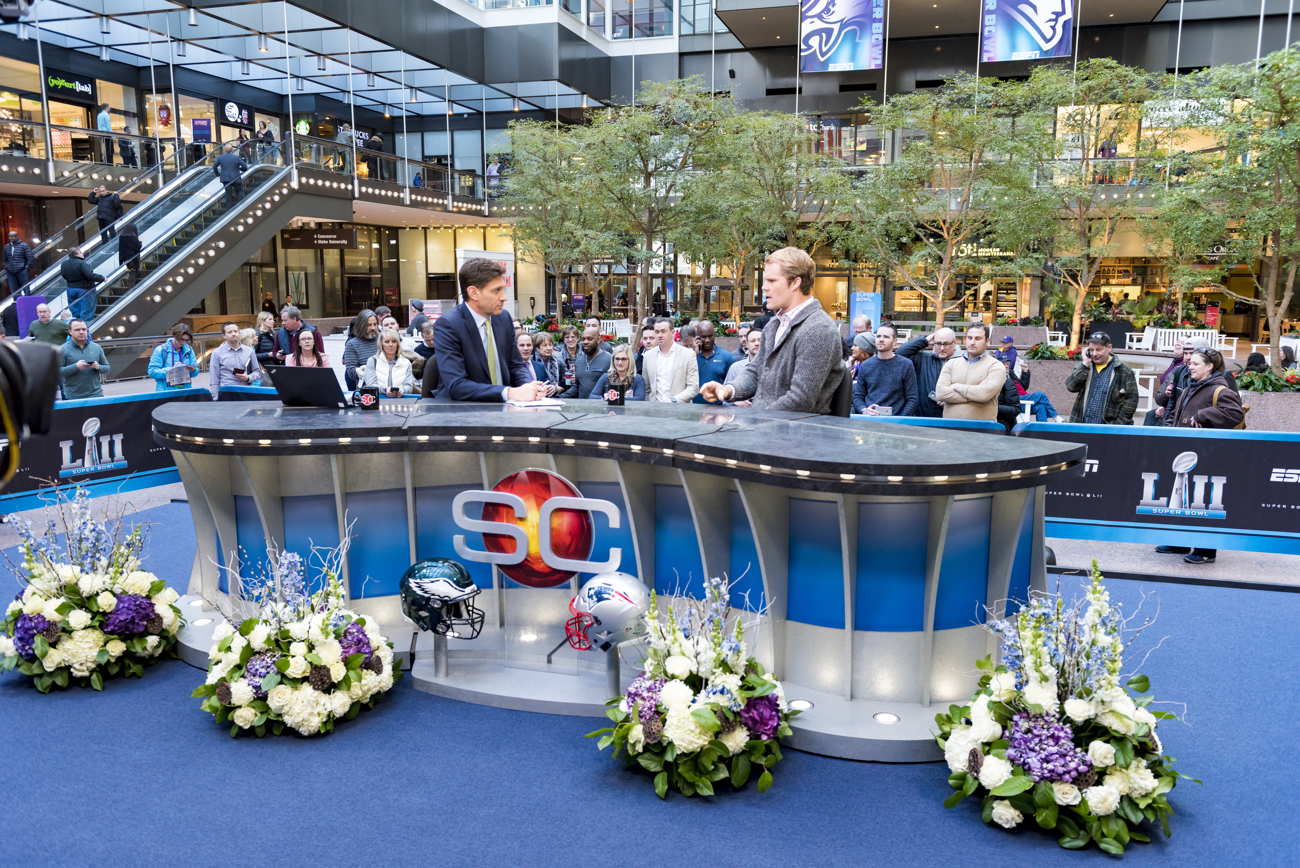 Coming off a January of major sporting events, such as the College Football Playoff National Championship, ESPN has now shifted its attention to Super Bowl LII in Minneapolis, Minnesota.

As is typically the case, ESPN has a bevy of shows originating from U.S. Bank Stadium and venues around town. Meanwhile, ESPN Radio programs such as “Golic and Wingo,’ “The Stephen A. Smith Show” and “The Michael Kay Show” have set up shop at the Hard Rock Café at Mall of America. For the smaller radio productions at the mall, ESPN has enlisted a pop-up studio solution from Azzurro Group. Using PTZ cameras and a small switcher, the “studio in a box” eliminates the need for a large production truck on-site and sends the signal to Bristol via public internet, notes SVG.