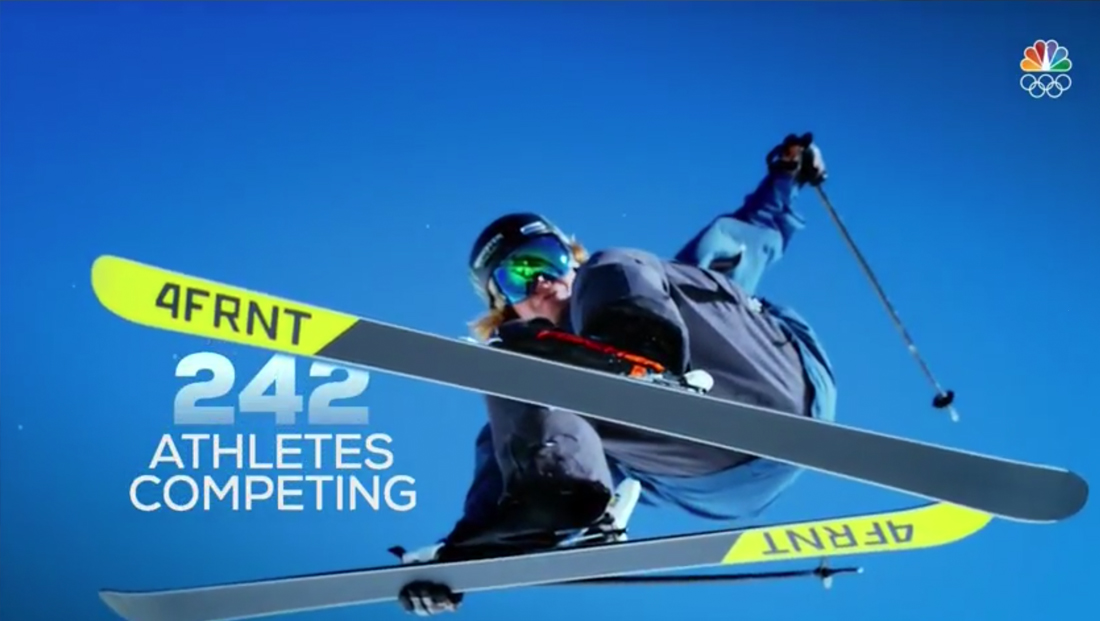 A common theme of the package was a composited “crowd shot” of the team, who appeared to be standing, many of them with their equipment, in front of an oversized American flag. A similar effect was also used on a list of athlete who are also veterans.