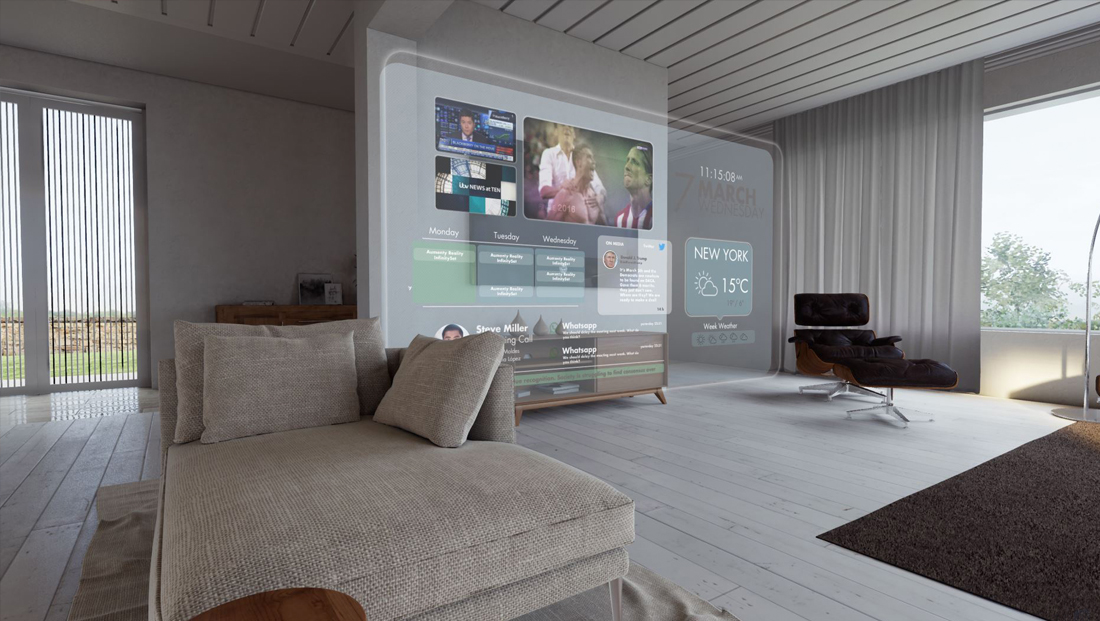 The theatre presentation on the booth and starring the latest version of the InfinitySet, Brainstorm’s virtual studio solution.

The integrated combination of the Brainstorm eStudio renderer with the Epic Games Unreal Engine within the new Combined Render Engine application, along with the seamless merging of Aston 3 graphics material with the InfinitySet. This adds yet another level of visually engaging content within the virtual studio environment.

Aston 3 itself showcases advanced graphics creation tools and object properties, including advanced primitives, textures, materials, shaders and many more, and features a user-friendly, contextual interface that speeds up and facilitate the designer’s operation.

Consequently, Aston is able to perform at its best in any graphics application, from channel branding to news and sports graphics with charts, classifications or bumpers, and from data-driven statistics to augmented reality interactive objects.

Aston graphics are based on SmartTemplates, which vastly outperform the traditional page-based systems as graphics are rendered on demand, in real-time, avoiding the need for disk storage. This helps designers to easily update any template as required, even at the very last minute or while on-air.

This enables the automatic management of complex interacting graphics and templates without the usual need for hours of programming and the creation of complex tables or spreadsheets, providing users with an extremely flexible playout system.

Besides these exclusive accomplishments, Aston also has a long record of success among designers because of its extreme versatility and its easy integration within collaborative workflows.

Also, with the latest V3 software, the integration of Aston and InfinitySet is now complete with much-improved graphics workflow. Now, Aston graphics including its animation logic and structure can be directly controlled by InfinitySet, enhancing the creation, management and use of Aston content for alternative applications such as augmented reality and in-context graphics.

“Aston 3 showcases powerful and innovative features that continue to leverage the product’s extensive capabilities in the broadcast graphics production market, allowing for the rapid creation of sophisticated and eye-catching graphic content in a variety of fast-moving and demanding environments,” said Thierry Gonzalo,  product manager of Brainstorm, in a statement.