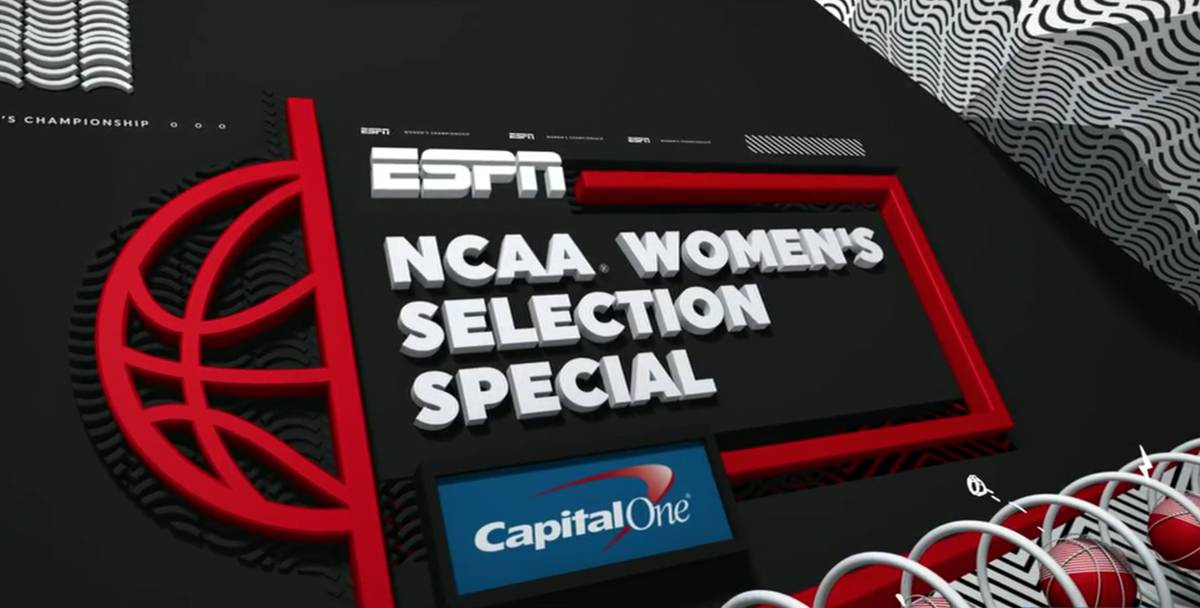 ESPN, the exclusive home to the NCAA Women’s Basketball Tournament, unveiled the 64-team bracket Monday during a special selection show, taking viewers to various arenas for instant reaction and utilizing augmented reality to highlight some of the players to watch.

Hosted by Maria Taylor with analysts Andy Landers, Kara Lawson and Rebecca Lobo, the special originated from ESPN’s Studio F in Bristol, which originally debuted in 2015 as a wraps studio to serve a variety of programming. For the special, the set donned cool greys and sharp reds to match ESPN’s basketball graphics package with an oversized bracket behind the main desk. The 2018 NCAA Division I Women’s Basketball Tournament trophy was also on hand to provide a unique bump shot for the program.

ESPN also utilized augmented reality graphics to help break down player statistics throughout the program, such as the jump height of Gabby Williams or the performance of Baylor’s guards this season on the court. Example of augmented reality graphics from the special.

While augmented reality is not a new presentation tool for ESPN, which has the motion tracking and graphics technology embedded in most studios, it’s rarely seen on traditional studio programs.

“March Madness” tips off on Friday, March 16, with every round on ESPN or ESPN2, with the Final Four and championship games held in Columbus, Ohio.

ESPN and ESPN2 will present regionalized broadcasts for the first two rounds with ESPN3 offering games in their entirety. The final 15 games will have national telecast windows on networks.