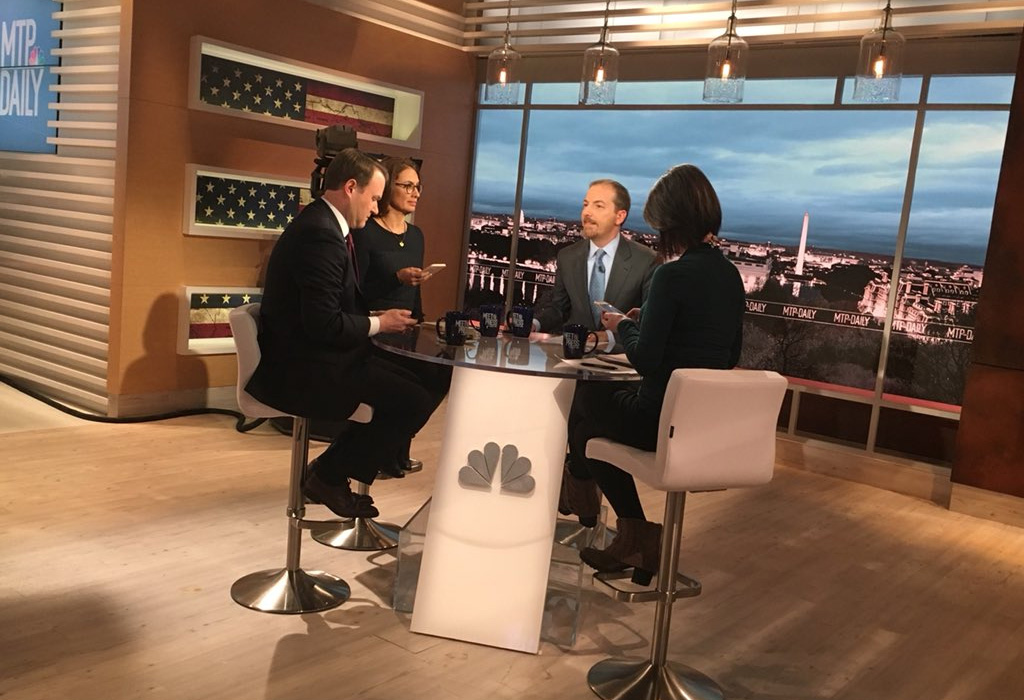 “MTP Daily,” MSNBC’s daily version of “Meet the Press,” rolled out a small update this week to its studio in Washington, D.C.

Casual viewers of the program may not notice it, however, as the contemporary loft-inspired look of the studio didn’t change.

The two main seamless video walls, which were previously rear-projection screens, have been replaced in favor of LED display technology from Neoti. This provides a crisper image on-air, with new video backgrounds of Washington behind host Chuck Todd and guests. The program also updated its primary desk, which has a slanted L-shape with plexiglass top, adorned by the NBC peacock.

Previously, “MTP Daily” had used the smaller desk located in the front of the studio which is typically used by the Sunday program for one-on-one interviews.