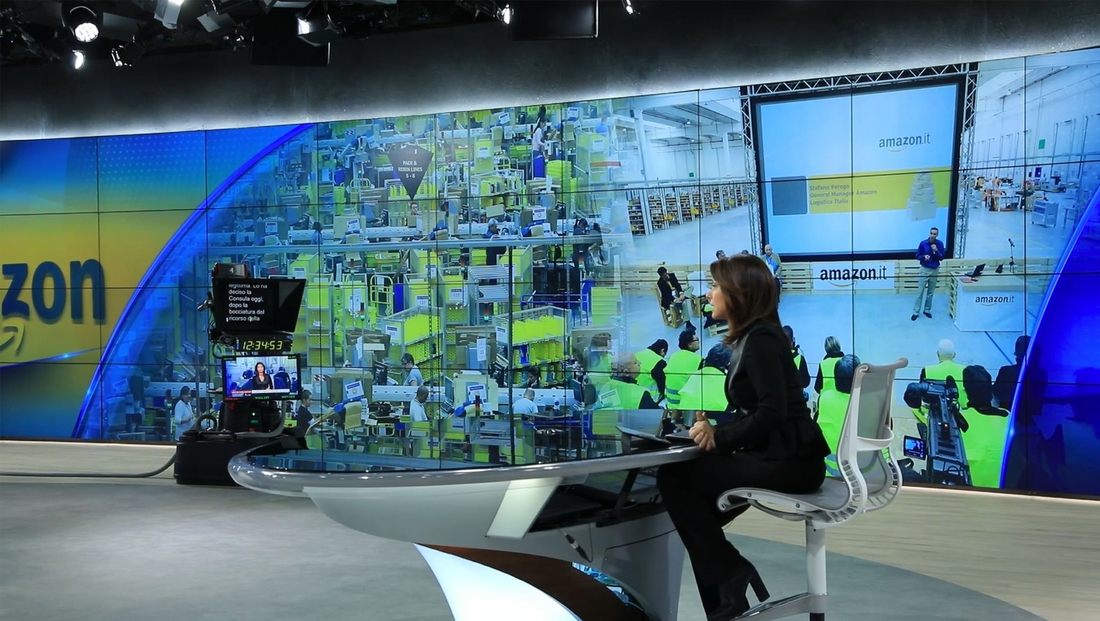 Like many broadcasters, an ongoing challenge for Sky TG24 is to deliver news in an easy to understand and engaging way that draws in viewers and keeps them watching.

“For us, storytelling is a powerful instrument. We have to convey to our viewers the message of what is going on in the news and give them tools to understand it,” said Riccardo Botta, Sky’s production broadcast and creative director, in a statement.

The solution was to combine realtime graphics powered by Vizrt with its studio’s massive video walls along with a tablet that lets talent interact and manipulate the imagery.

“The main requirement of this project was to find a solution in the market that allows us to create a liquid environment into the studio — flexible, dynamic and with 270 degrees of video wall,” said Marco Fecchio, Sky’s Vizrt architect.

The network, which debuted a new set in 2017 that is equipped with massive video walls controlled by the presenter using a customized version of Viz Multiplay on a tablet. The studio automation system, Viz Mosart, is also used by the director in the control room to control content in the video walls and the overall production of the show.

The combination of tools gives Sky TG24 full control over every single image and video that is shown on the video wall.