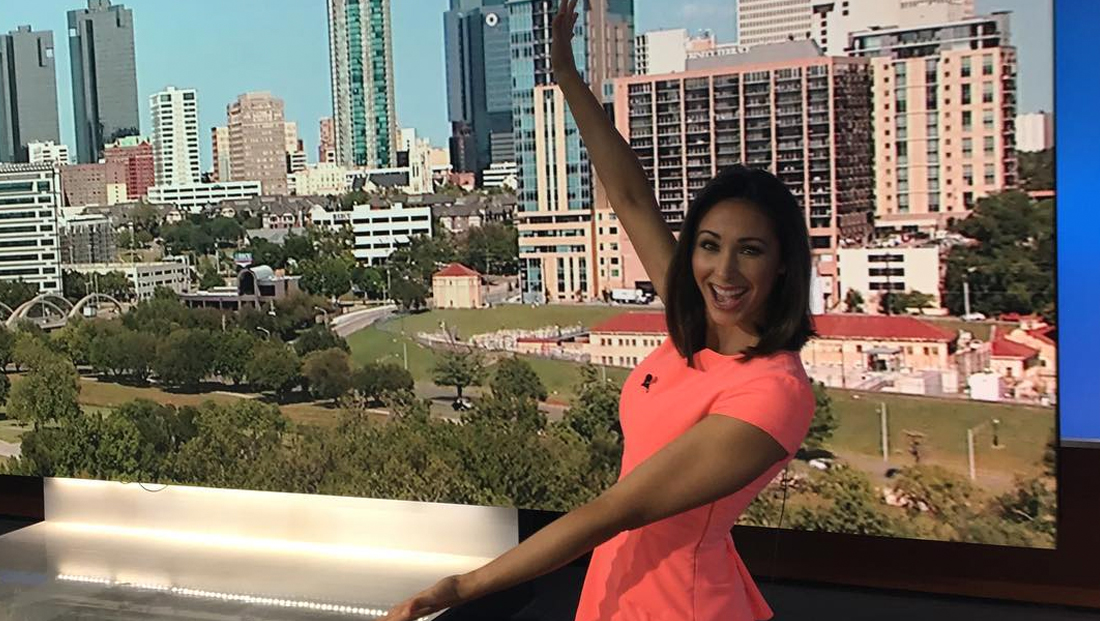 KXAS, the NBC O&O in Dallas and Ft. Worth, Texas, has updated the primary video wall on its set to a seamless LED array.

The station originated its newscast from an alternate setup during the installation of the new video wall.

In 2013, the station moved to a new facility and, with the switchover, debuted the set that it continues to use today — albeit with some updates and tweaks over the years, including the upgraded video wall.

KXAS updated its set for its switch to HD in 2007. Less than a year later, the set was updated again, with another updating coming in 2011.

You probably didn’t notice but we have a fancy shmanzy monitor on the @nbcdfw set. This screen is like a Jumbotron. And that’s a live look at @cityoffortworth. And my best #vannawhite #mydressisbrighterthanyours #newtoys #studiolife