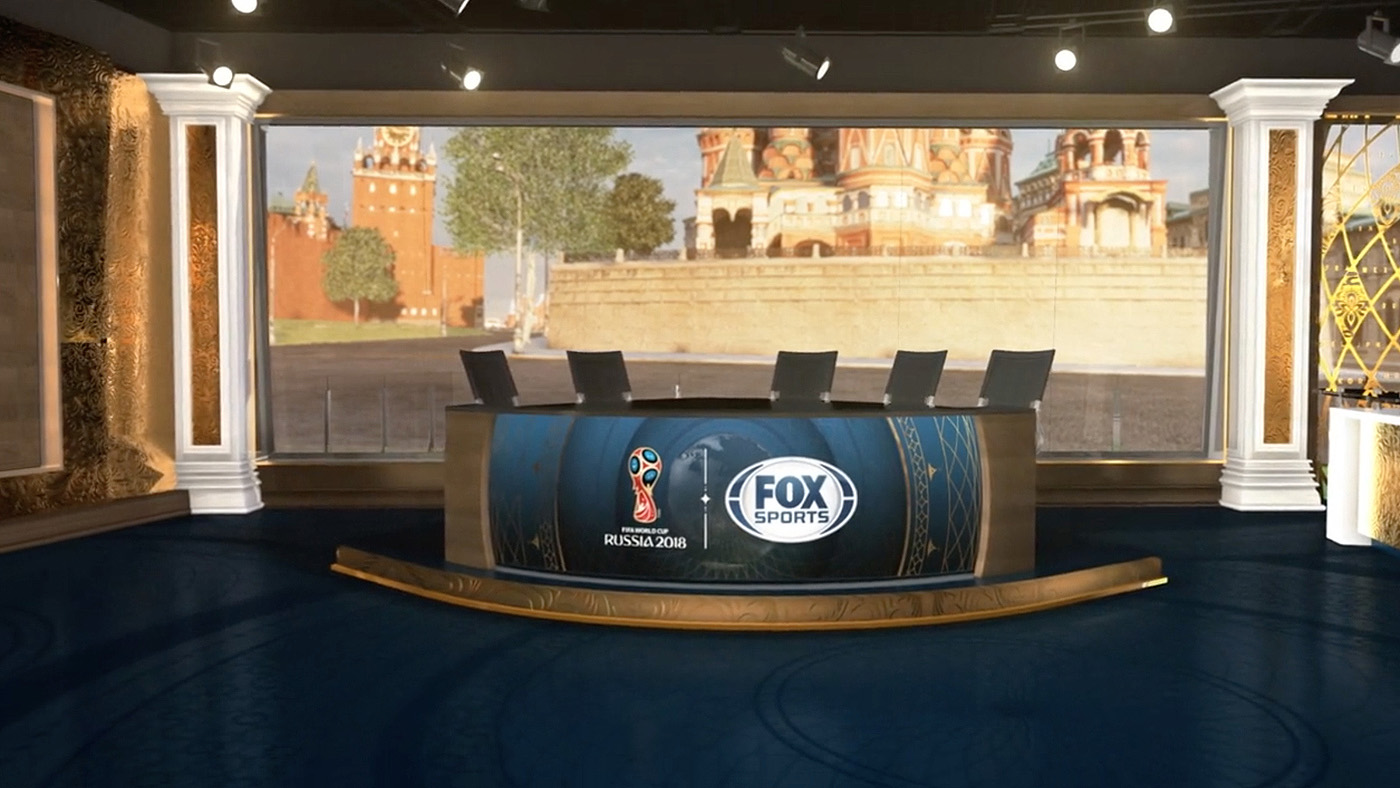 Fox Sports has released the first look at its 2018 FIFA World Cup studio, which will be located in Moscow’s Red Square. JHD Group, led by Jeff Hall, designed the studio. The temporary space works to incorporate Russian references and motifs, such as traditional folk patterns, with graphics from Drive Studio.

Fox has exclusive English language rights to the World Cup in the United States with the matches airing on Fox and FS1.