Fabricating the home of NBC Olympics: An inside perspective 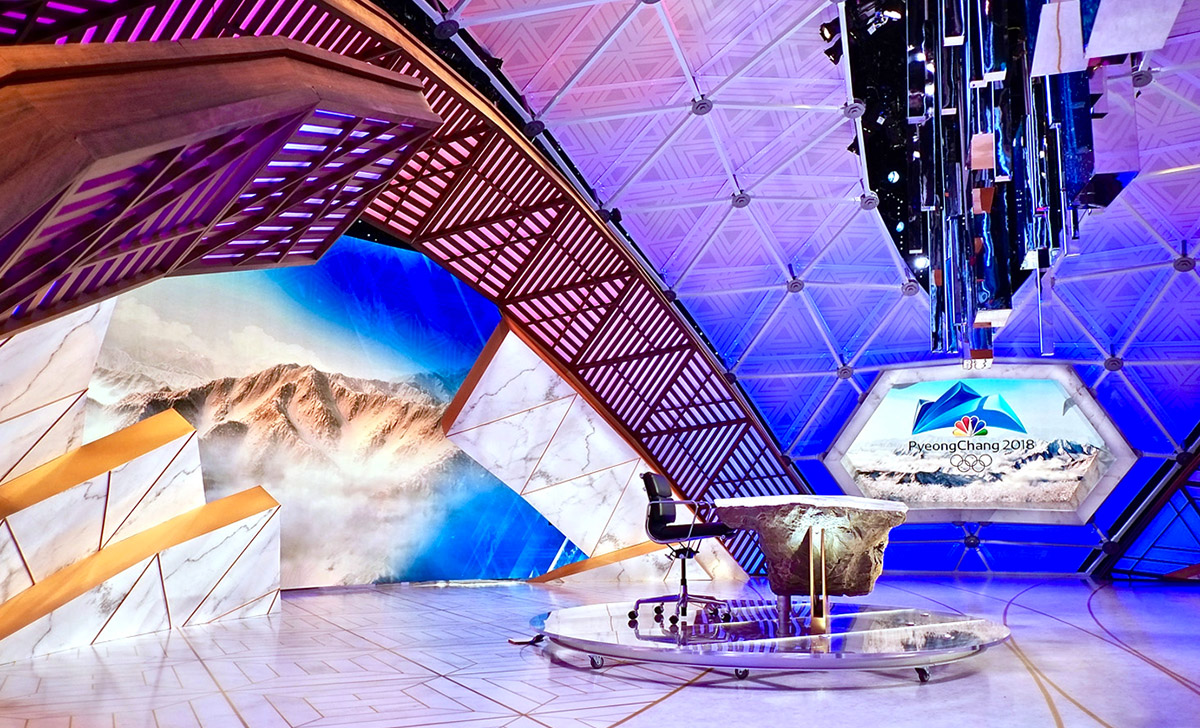 “NBC and Bryan Higgason of HD Studio brought us into the process knowing there would be multiple engineering and fabrication challenges,“ said Jac Gendelman, a Managing Partner of blackwalnut. “It was important the team hit the ground running. Bryan’s design demanded a lot of us.”

Blackwalnut was charged with fabricating the studio environments for NBC’s Olympic coverage. First up was Studio 1, which features an internally lit, deconstructed geodesic dome. The solutions+ drafting team at blackwalnut worked for several weeks prototyping build techniques and looking at dome structures before settling on a custom-designed aluminum hub-and-frame system. Drafting was led by Justin Kennedy-Grant, BW’s Director of Drafting. 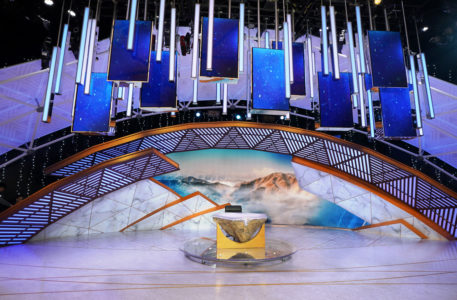 “It’s a great advantage having the relationship with Bryan and his team that we do,” Kennedy-Grant said, “We know each project will bring a fresh challenge and the HD team knows we’ll make it happen just as they imagined.” Kennedy-Grant adds, “The various experience and expertise of the team here allows us to blend construction techniques and materials in creative ways to make what seems like impossible ideas a reality. Work like the Olympic studios gives us a chance to show off what we’re good at-on a giant stage.”

Tight coordination between teams was key. Lighting designers Steve Brill and Dan Kelley of LDG built a complex and color-shifting lighting scheme that required detailed mapping and control of the internal LEDs in the dome and support structure. Blackwalnut custom-designed and installed the local control, pre-wired during the shop build and tied into LDG’s control onsite in PyeongChang. The Studio 1 environment also features a rock wall that extends under a clear plexiglass deck. The rock was built up, carved and finished in sections in the States with help from Hilbolic Studios and reassembled in Korea. Blast lines were designed into the walls to help with seams and structure.

“We took a leap of faith and just started carving. It worked out really well.”

“The idea was to bridge the rock so it feels like the studio is cut into the mountains,” said Gendelman, “it was days of carving and painting, getting the tones just right.”

The focal point of the studio is the anchor desk, designed as a single boulder with an ‘ice-finished’ underlit plexiglass lid. BW Managing Partner Mike Van Dusen and Project Manager Lee Martindell hand-carved the boulder and lid with Bryan Higgason standing by.

“It was impossible to lay out in advance since it was such an eccentric and organic shape,” said Van Dusen, “We took a leap of faith and just started carving. It worked out really well.”

Next up for BW was Studio 2 — also known as the Rooftop Studio. Fabricating a log cabin in a temporary studio structure on the roof of the International Broadcast Center posed some interesting challenges, not the least of which was the mid-winter installation. “There’s no thrill like navigating a crane full of set pieces in the wind and cold,” quips Van Dusen, who oversaw the installation on site. “It definitely gets — and holds — your attention.”

Blackwalnut engineered the studio in advance as timing was key: the rooftop wasn’t going to be ready until just a few weeks prior to the Games. The logs are fabricated concrete EverLogs machined, fitted, and finished by blackwalnut in their shop and transported to the site on pallets to install once the studio walls were constructed.

“Achieving the warmth that HD Studio needed was critical. We worked closely with Bryan in the shop to nail down the finish in advance. Lots of sampling and re-working went into that,” said Stephanie Fallone, BW’s Charge Painter. “It was important that we got Bryan’s vision perfect.” Perhaps the defining characteristic of the rooftop studio is the spectacular view of the Alpensia ski bowl, the Ski Jump tower and Sliding Course that sit just behind the IBC. The view, equally clear in daytime and nighttime, is made possible by Rosco View polarizing panels specified by LDG and installed by blackwalnut.

“We’ve been working with these panels since the Vancouver Games, and getting the installation just right is the key to the lighting and camera shots — we’ve had a lot of practice with them by now,” said Van Dusen. “There’s a huge advantage to that, especially when time is short.”

Those same Rosco View panels were key to the success of the NBCSN studio at the Olympic Park in Ganeung, home to the hockey and skating venues. That space overlooks the Olympic plaza and venues, so clarity of the windows was vital. The studio features white angular walls and slatted sliding panels based on the triangular motifs featured in Studio 1 and characteristic of Korean design, which are also reminiscent of the angular faces of ice floes.

“I think of it as a view through the interior of a glacier,” BW’s Gendelman added.

The onsite installation started in November with a Christmas break for blackwalnut’s international onsite team, drawn from the UK, Poland, and the US and led by BW installation director Phil Gonzalez. They’ve completed projects on five continents and in 13 countries — quite a resume. “The Olympics are a huge lift for the projects+ department — HD always challenges the capabilities of the shop with their incredible creativity,” said Bradley, “So pulling together all our partners across a broad spectrum requires an intense coordination effort.”

Bradley stresses the nuts-and-bolts work that pulls it all together: “The less glamorous — but critical — coda to the build process is the shipping. Our projects and warehouse teams work side-by-side with the NBC Sports logistics team to make certain every component of every element is documented and manifested to meet the import and export requirements of the host country. This is our third Olympic Games with NBC Sports — our 5th overall — and the host country requirements are different each time, so our warehouse team has to be at the top of their game to meet the standard.” Bradley adds, “Our depth at this critical aspect of the project is enhanced by our international work in China, Africa and the Middle East. It’s our shop DNA.”