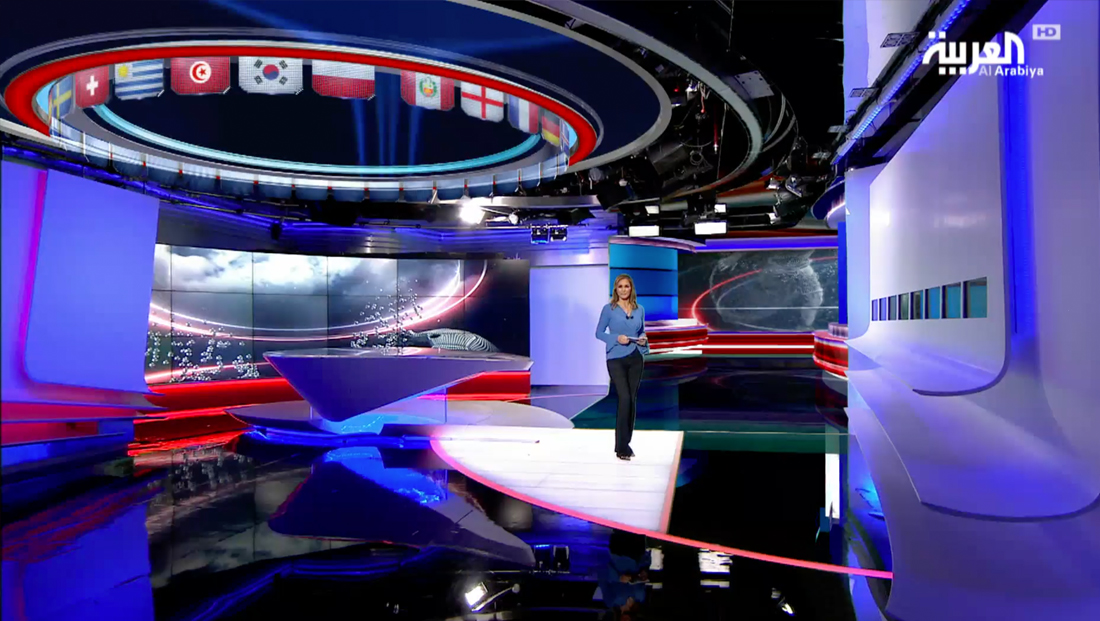 In addition, similar floating panels can be used to insert video “screens” to showcase game and topical footage. 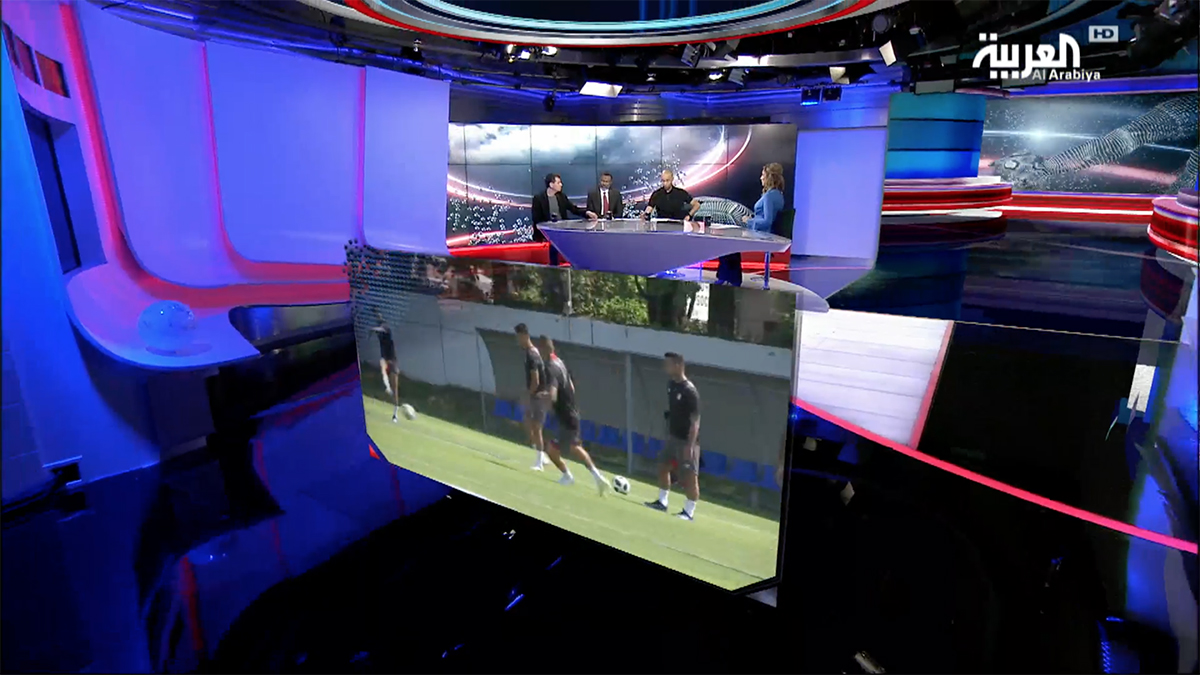 Like many networks, Al Arabiya is also using 3D augmented reality models of the various gameplay stadiums along with virtual maps spotlighting the locales. 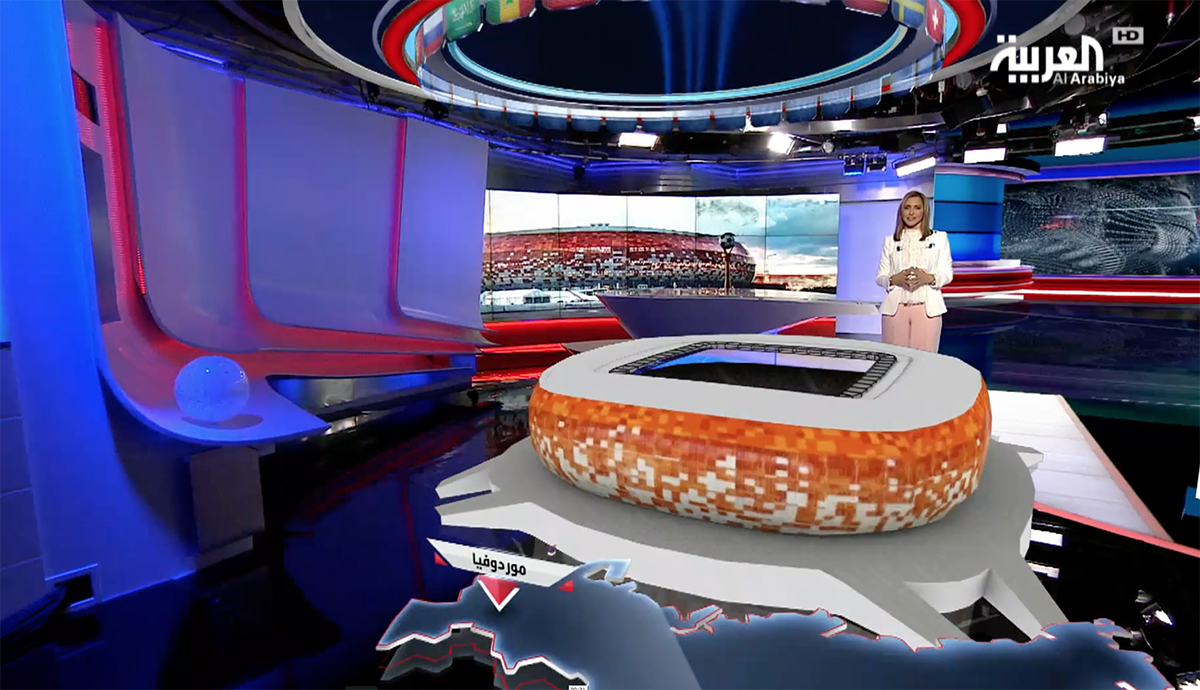 In addition to the spherical dot texture borrowed from the network’s World Cup graphics, other elements feature a hexagon pattern overlay hinting at the familiar black and white pattern of European footballs.