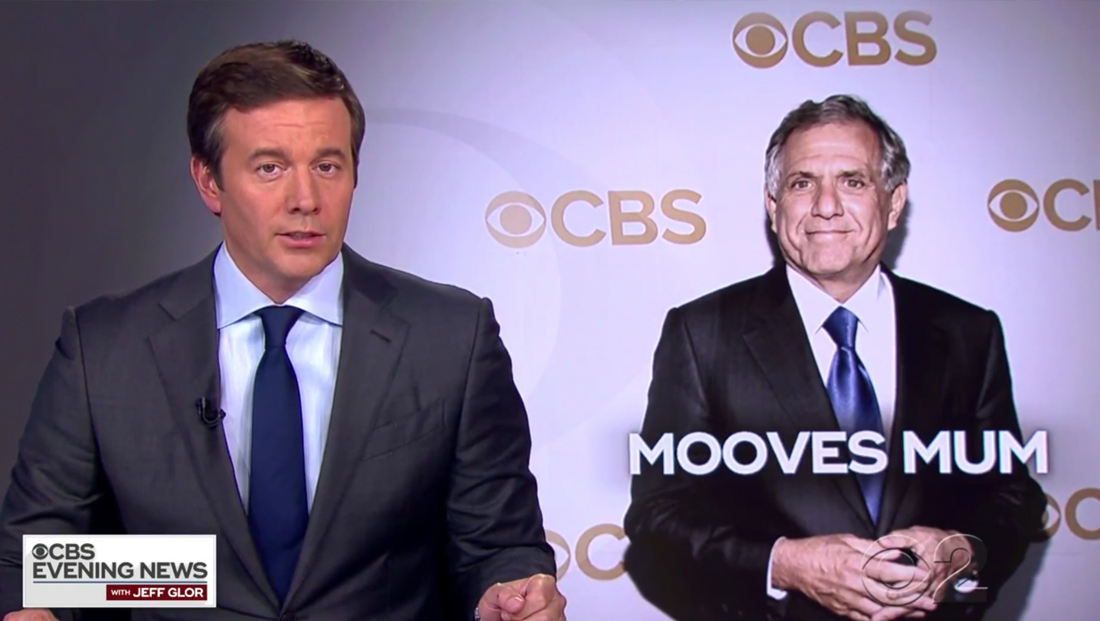 The “CBS Evening News” took time to address the elephant in the room on its Thursday, Aug. 2, 2018 edition — the sexual misconduct allegations against CBS Corp. CEO Leslie Moonves — but misspelled his name.

“Evening News” covered the story about 12 minutes into the broadcast, with a photo of Moonves in front of a step and repeat on the video wall behind anchor Jeff Glor on the broadcast’s first feed.

Under this, the headline read “Mooves Mum.”

A clever use of alliteration — but Moonves’ last name was missing an “n.”