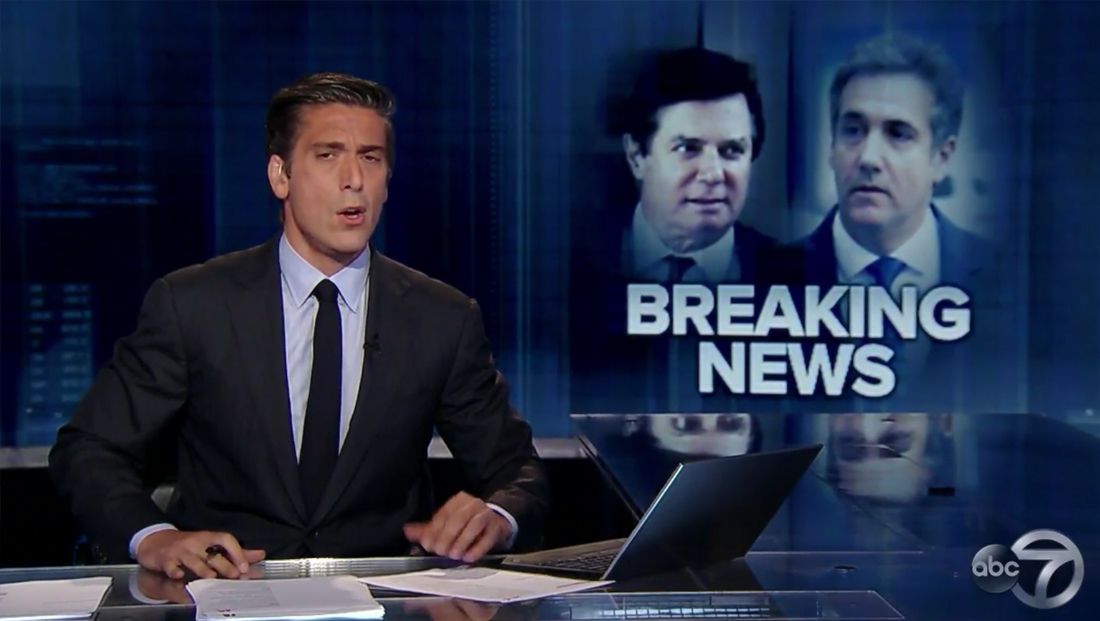 Tuesday, Aug. 21, 2018, turned out to be a very busy news day — with two major stories relating to people connected with Donald Trump becoming convicted felons — and the networks took similar approaches to covering the stories, sometimes literally having to “split screen” between the two.

Word of a possible verdict in the trial of former Trump campaign manager Paul Manafort trial and a plea agreement with Michael Cohen, Trump’s former personal attorney, began trickling in earlier in the day, and was covered extensively by cable news.

At times, the network anchors appeared almost overly purposeful in distinguishing between the two stories, with “verdict” and “trial” being favored to describe the Manafort story, while the Cohen story was differentiated with the words “plea” and “deal.”