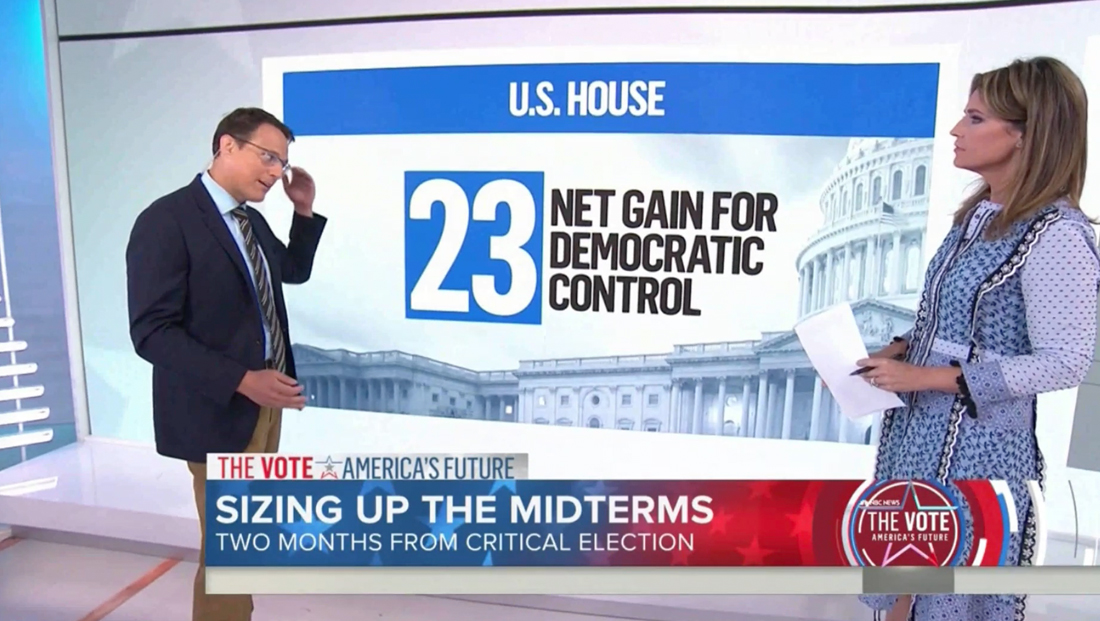 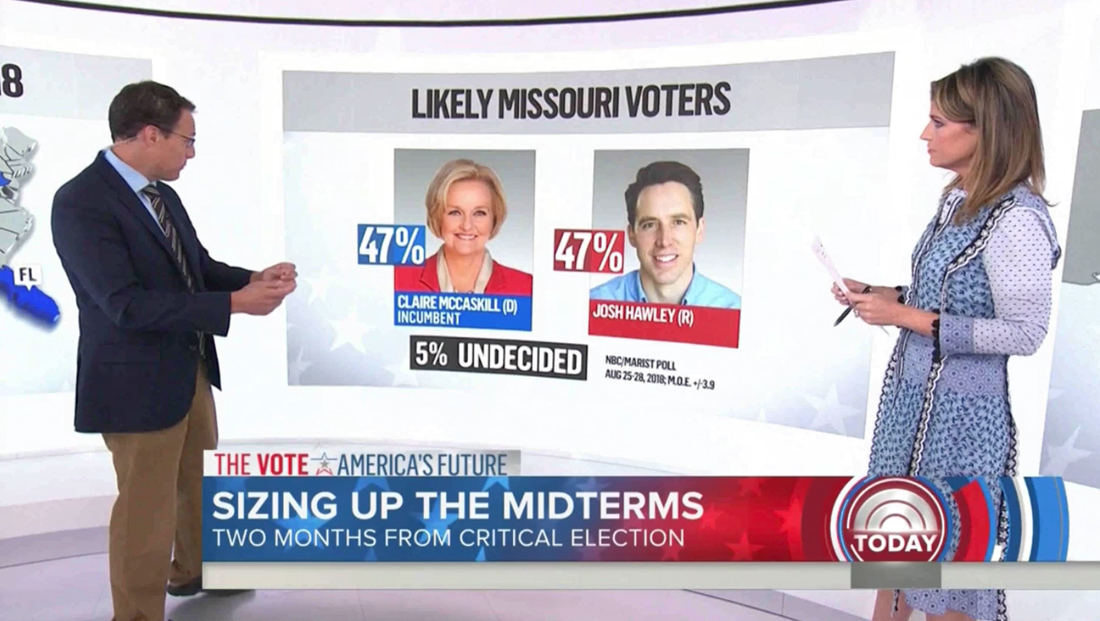 In addition to prominently using the star shaped “The Vote” logo, the normal “Today” lower third graphics were recolored red, white and blue with star accents.

Just above the time and temp bug, a silver version of the “Today” logo and the “The View” logo alternated throughout the segments. 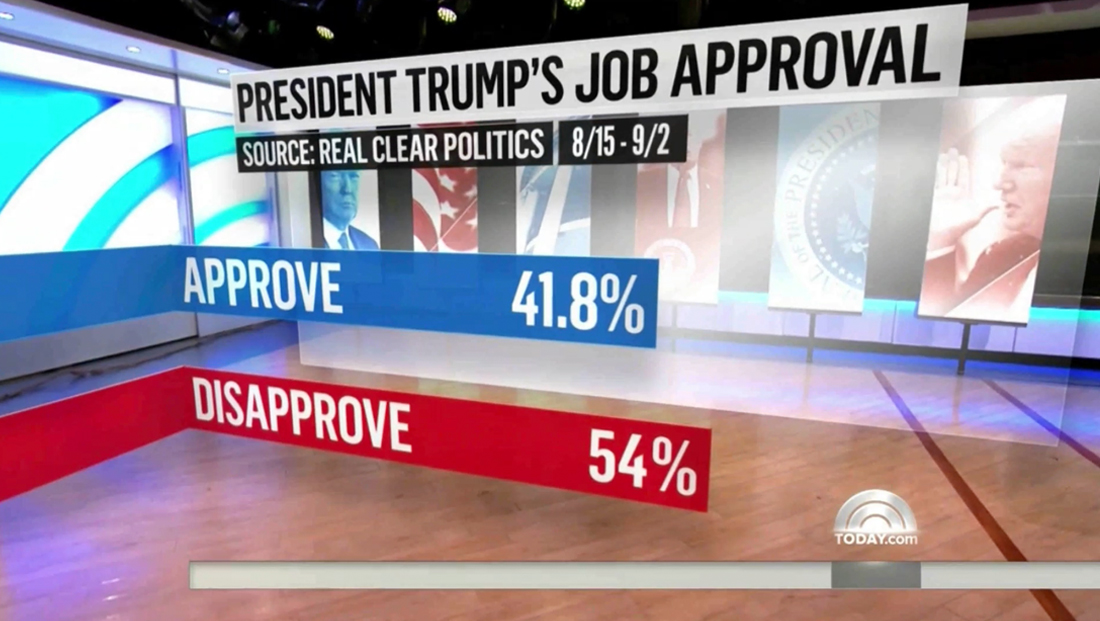 Later in the show, Guthrie and Hoda Kotb conduced a small panel interview with millennial voters, with the video wall divided into three segments — the left a blue with a large 3D “D” for Democrat,” the center a brighter U.S. Capitol branded image with “The Vote” logo — while the far right was red with the “R,” short for “Republican” of course. 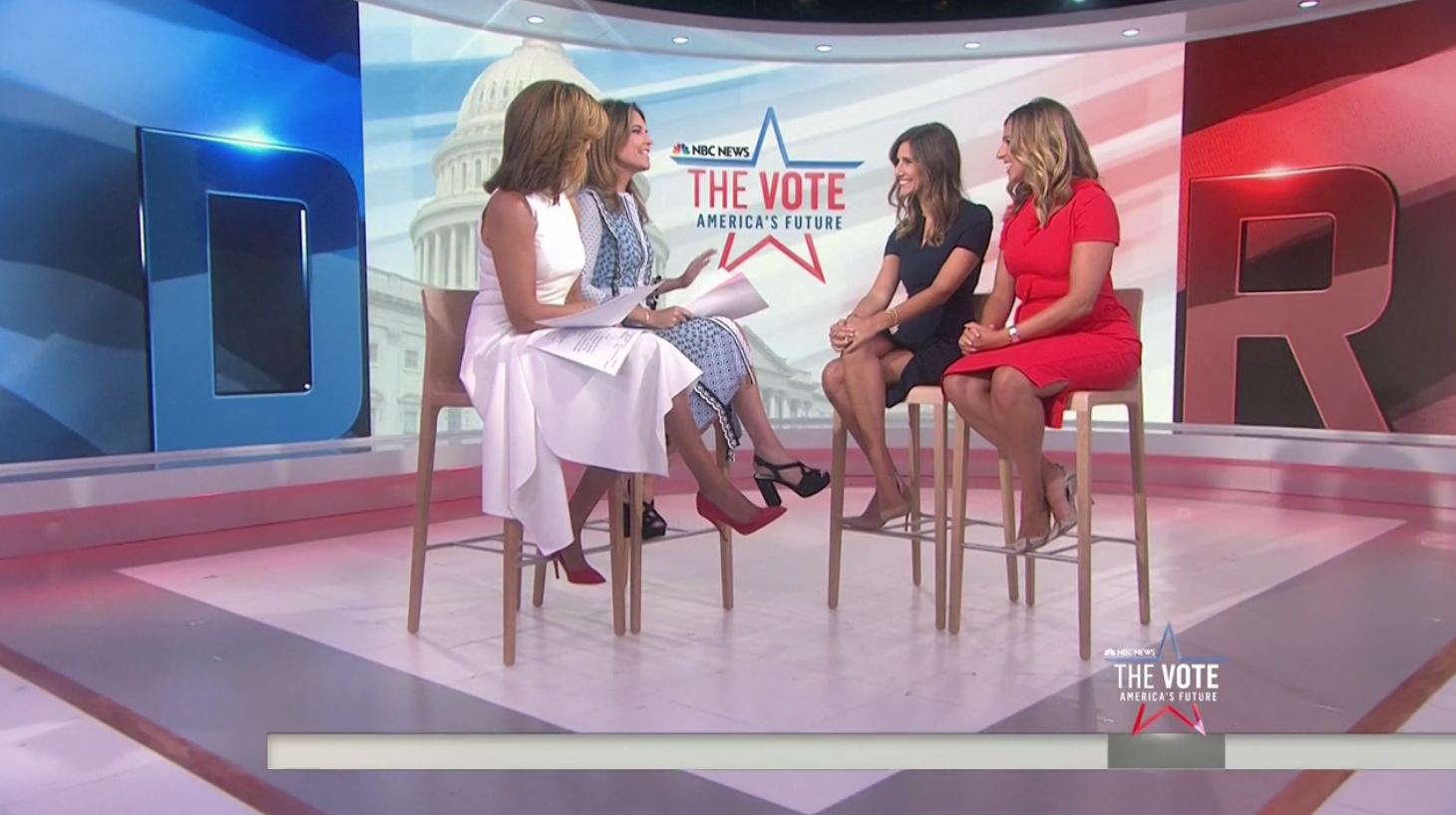