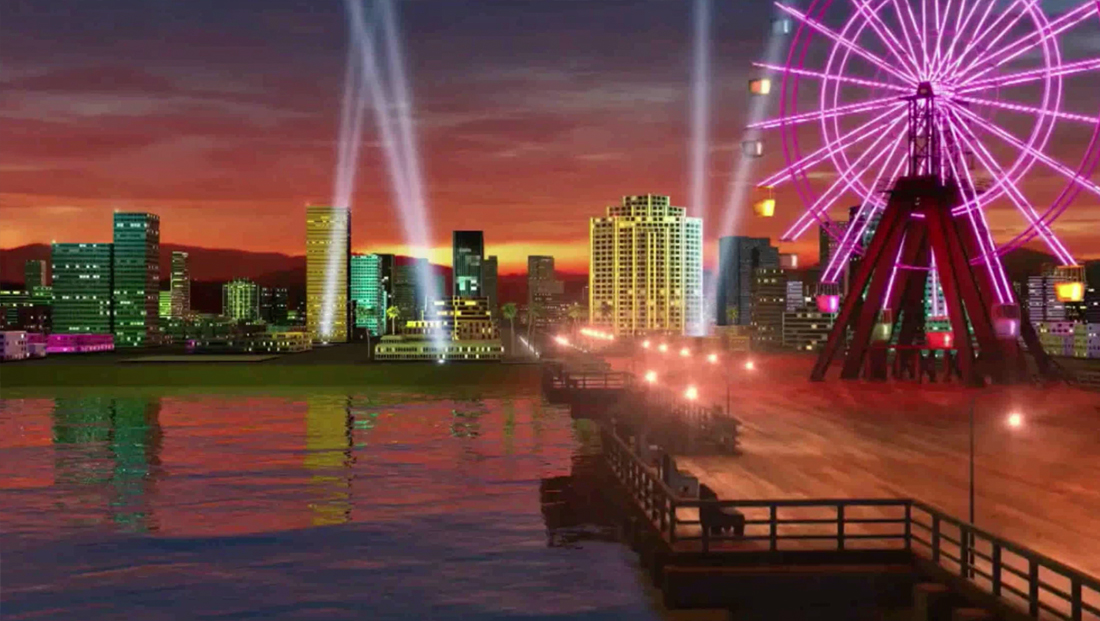 “Wheel of Fortune,” after celebrating its 35th anniversary season with a special open last year, has switched to using an animated sequence that starts from the Santa Monica Pier and its iconic Ferris Wheel before zooming through a 3D view of the backlot where it films.

The open starts with a bright sunset view of the pier and flies over the city past the Sony Pictures Studios gates before zooming into a sign on the side of one of the buildings with the show’s title card and, in its Season 36 premiere, a special logo for its themed weeks.

In this case, “Wheel” started the season with a week of games featuring teachers, so then open also added large, curved “billboards” of school photos of host Vanna White and Pat Sajack.

This isn’t the first time a 3D model of the Sony Pictures Studios in Culver City were used. In fact, both “Wheel” and sister show “Jeopardy!” previously used matching animations in their respective opens, though “Jeopardy” no longer includes a reference to the studio name in its announcer voiceover.

Last season, for its 35th anniversary, “Wheel of Fortune” used an animation that mirrored the show’s previous trilon-style gameboard pieces that White would rotate to reveal letters of each puzzle. Instead of letters, however, this design featured vintage photos from the show’s history along with exaggerated, extruded wedge shapes inspired by the iconic wheel segments.