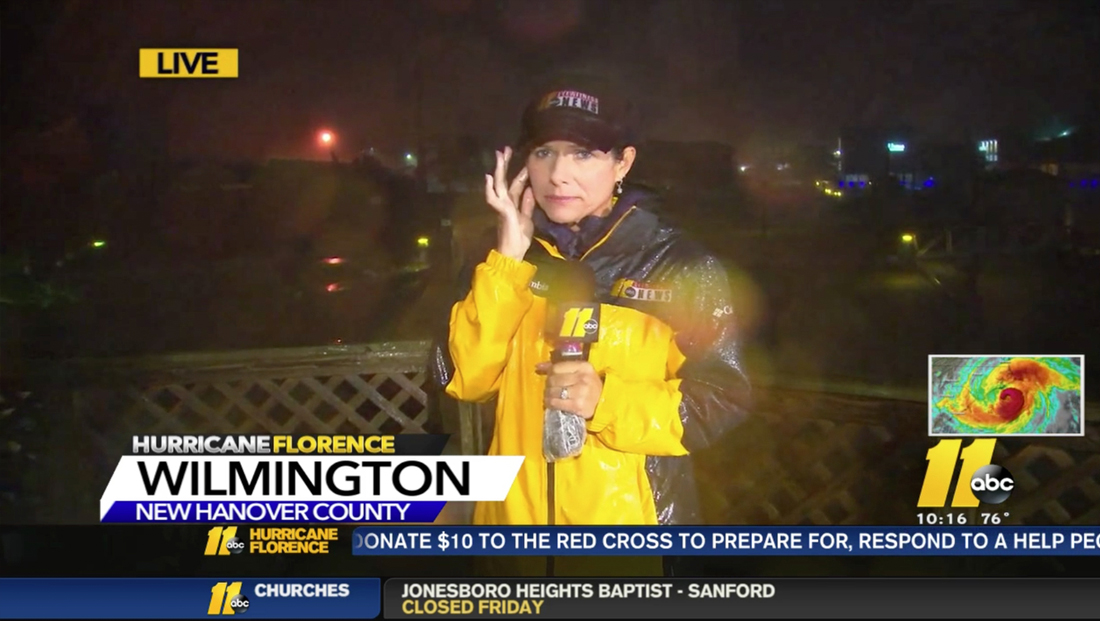 WCTI, the Sinclair owned ABC affiliate licensed to New Bern market was forced off to stop broadcasting from its studio due to flooding in its building. The station switched over to coverage from its sister station WPDE in Myrtle Beach, South Carolina. 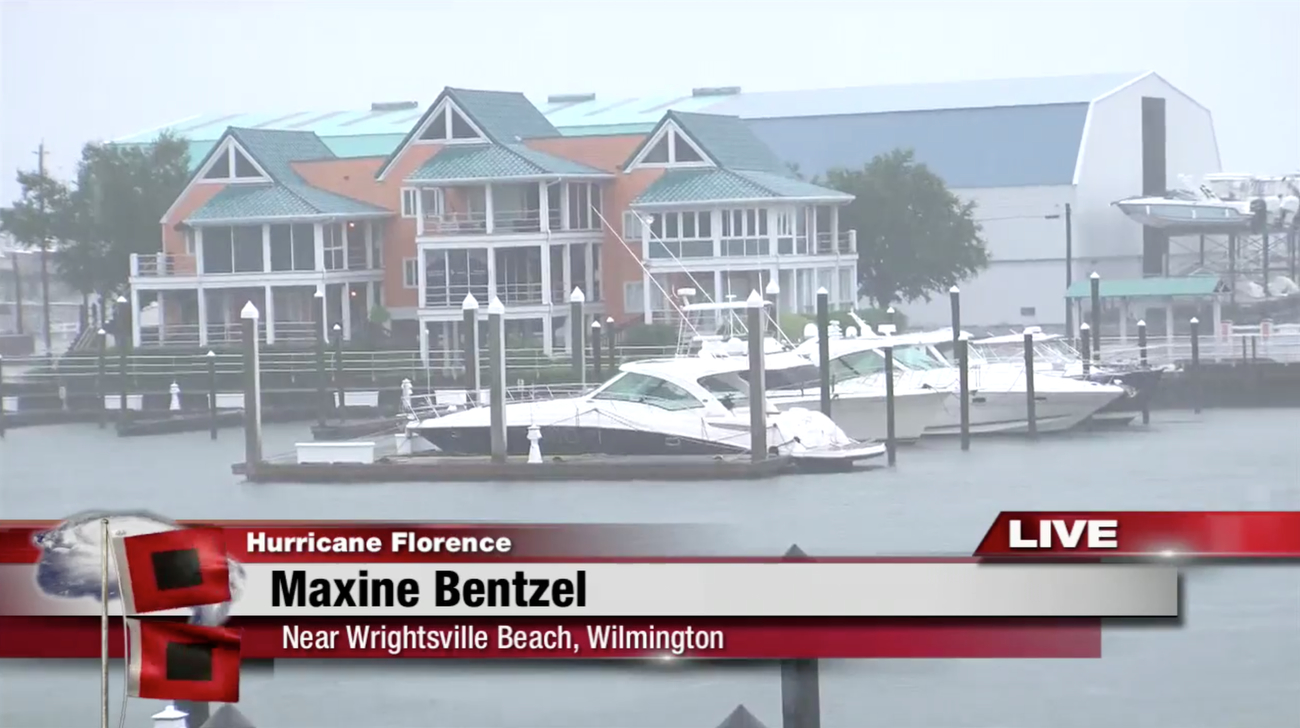 WCTI doesn’t use Sinclair’s standard graphics package — and added hurricane warning flags to its lower thirds while it was still broadcasting from North Carolina.

Once the signal switched over to WPDE, which does use the standard Sinclair look, viewers were treated to a different look. 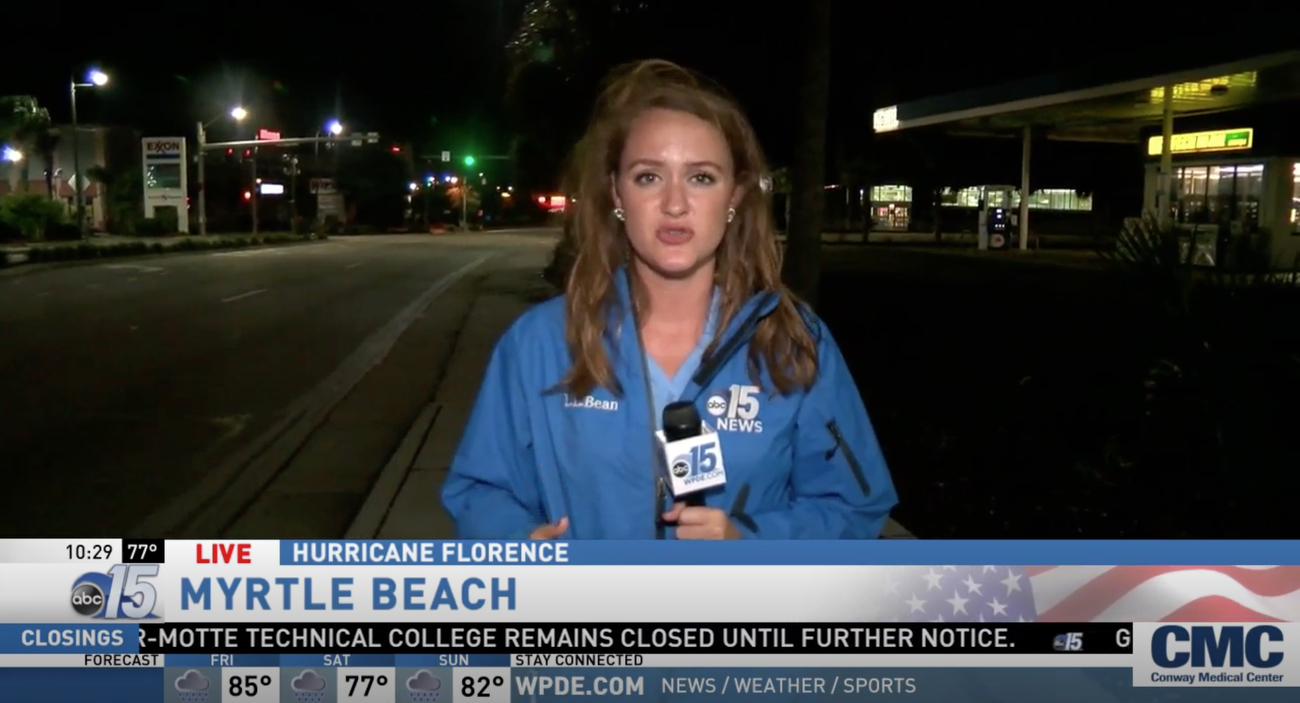 The station’s look already included an extensive ticker for headlines and weather, which was kept on screen during coverage, which was anchored from in front of a large “Tracking Florence” graphic. 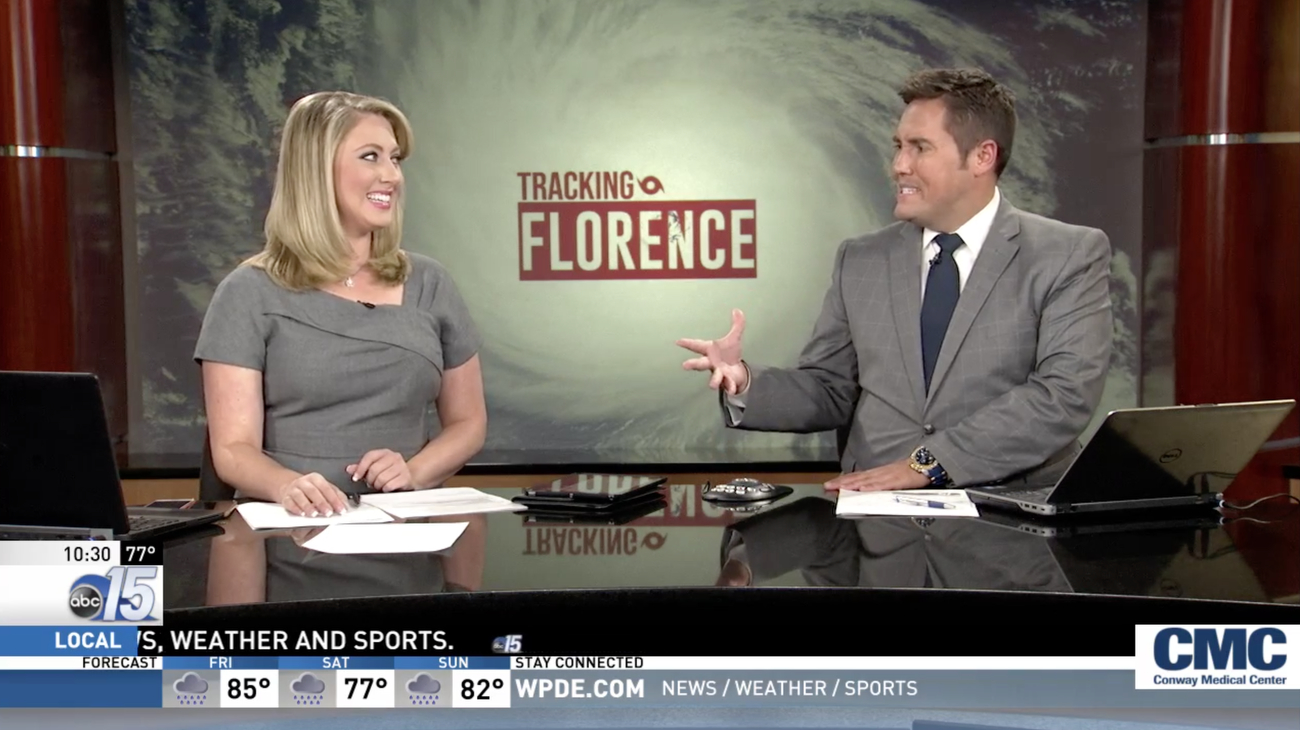