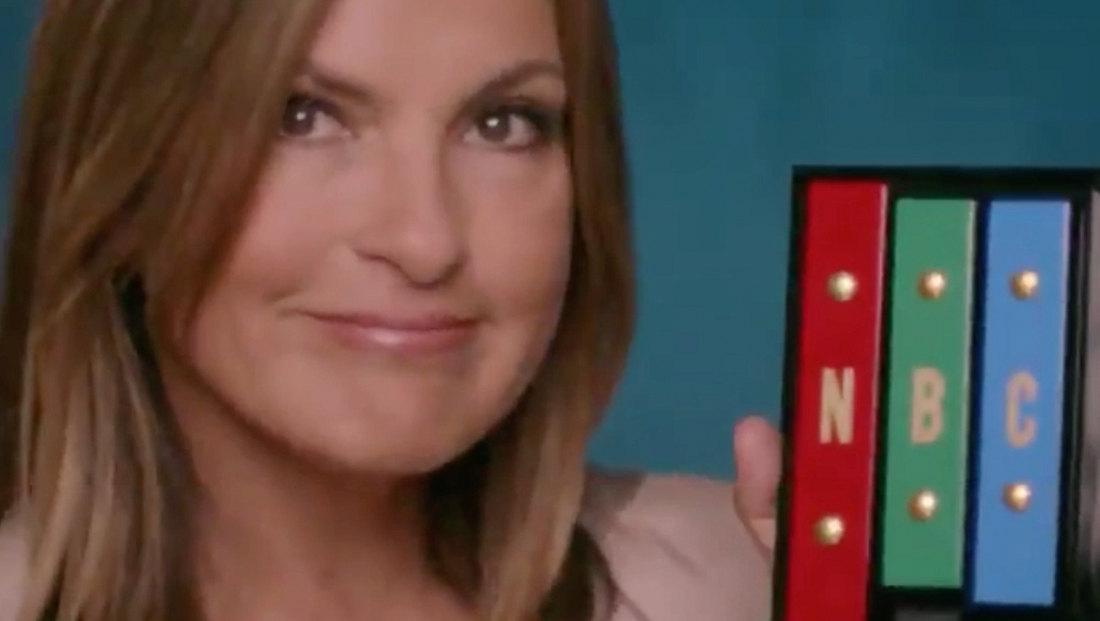 NBC is teasing its new fall season with a tightly edited promo featuring some of its biggest stars along with a homage to its trademark chimes and a hint at what may be a new branding element.

Inside the ‘Chicago’ Universe’s production design

The spot then has the actors say:

“Get ready. It’s time for NBC’s new fall season. All your favorites back. Your favorite shows, your favorite people, along with some brand-new faces. Moments of joy, laughter, drama, mystery and action with heroes to root for, everything you love, everything we love. It’s all right here. It’s only one place. This fall on America’s most watched network. You know where to go. Sounds like NBC.”

The spot ends with “The Voice” judge Blake Shelton and “This Is Us” stars Chrissy Metz and Sterling K. Brown humming the three tones.

Following this is the colorful animated peacock element that appeared before the Primetime Emmys on Monday, Sept. 17, 2018, and has popped up occasionally other times.

The element, which combines an iridescent, prism motif that unfolds into the glossy NBC peacock icon the network has been using for several years, appears to be a new element NBC will be using — and could be indicative of the look of a new look for its branding package, along the same lines as the “Aperture” look ABC has unveiled.

Networks typically change out their branding graphics every season or so.

NBC’s promo also includes the line “America’s most watched network,” a tagline the network has been using for some time now, but also has similarities to ABC’s new “America’s Network” slogan.