‘Up with David Gura’ goes geometric with a touch of fun 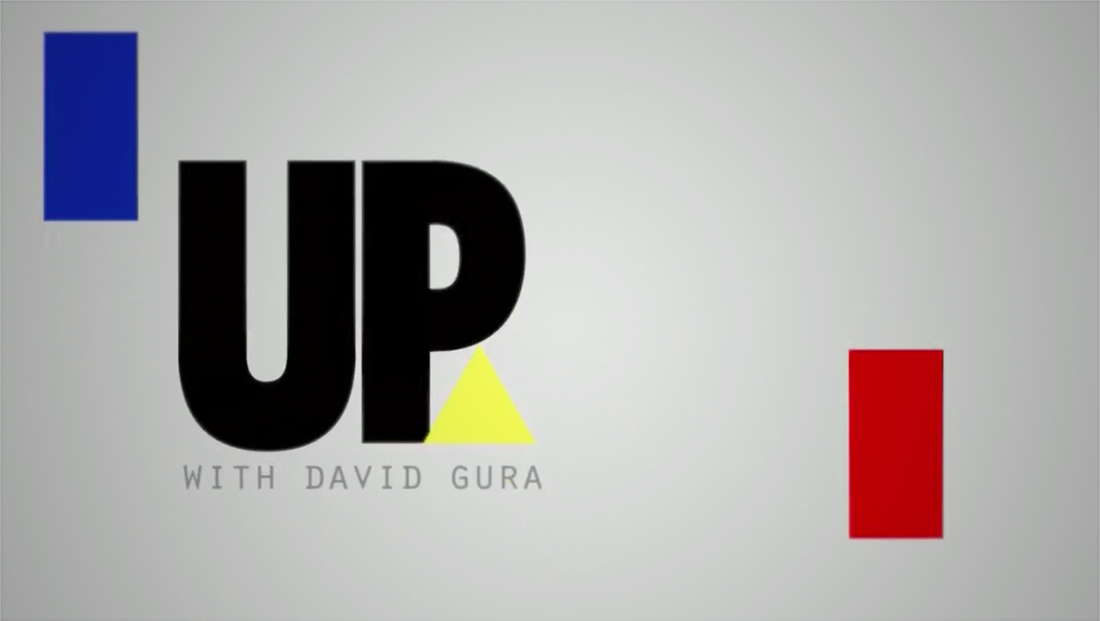 After announcing the revival its “Up” brand with a new host, David Gura’s new weekend show launched this weekend using a primary color palette and geometric animation with playful elements.

Up with David Gura 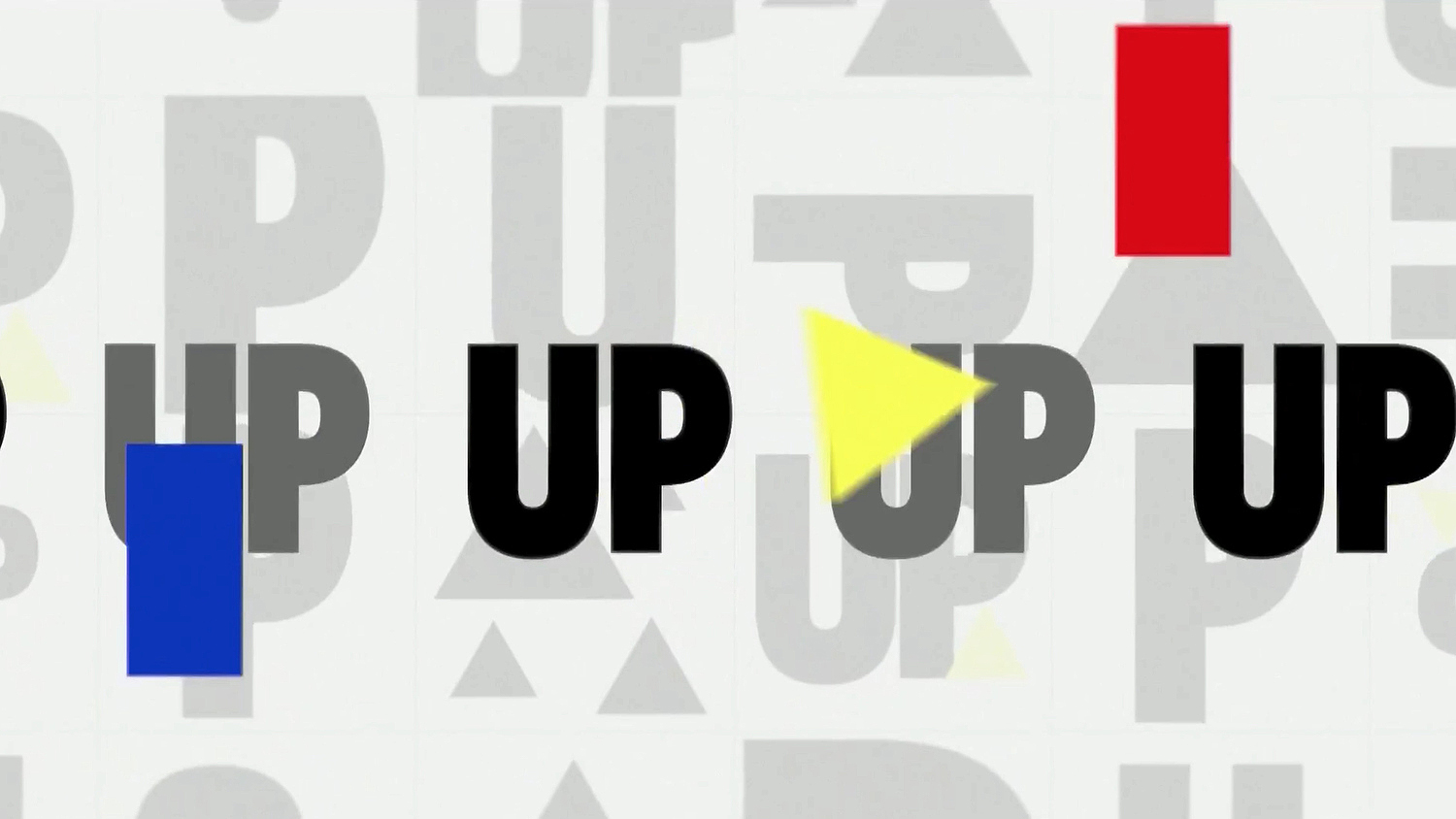 The show’s open incorporates the show’s ‘Up’ logotype mixed in with rectangular and arrow shapes in red, yellow and blue. The animation style features elements that “shuffle” around screen in  playful paths.

.@davidgura's 'Up' used this 19-box to showcase all of Trump's press appearances in the past week. #Uppers pic.twitter.com/uOUwbU4yDQ 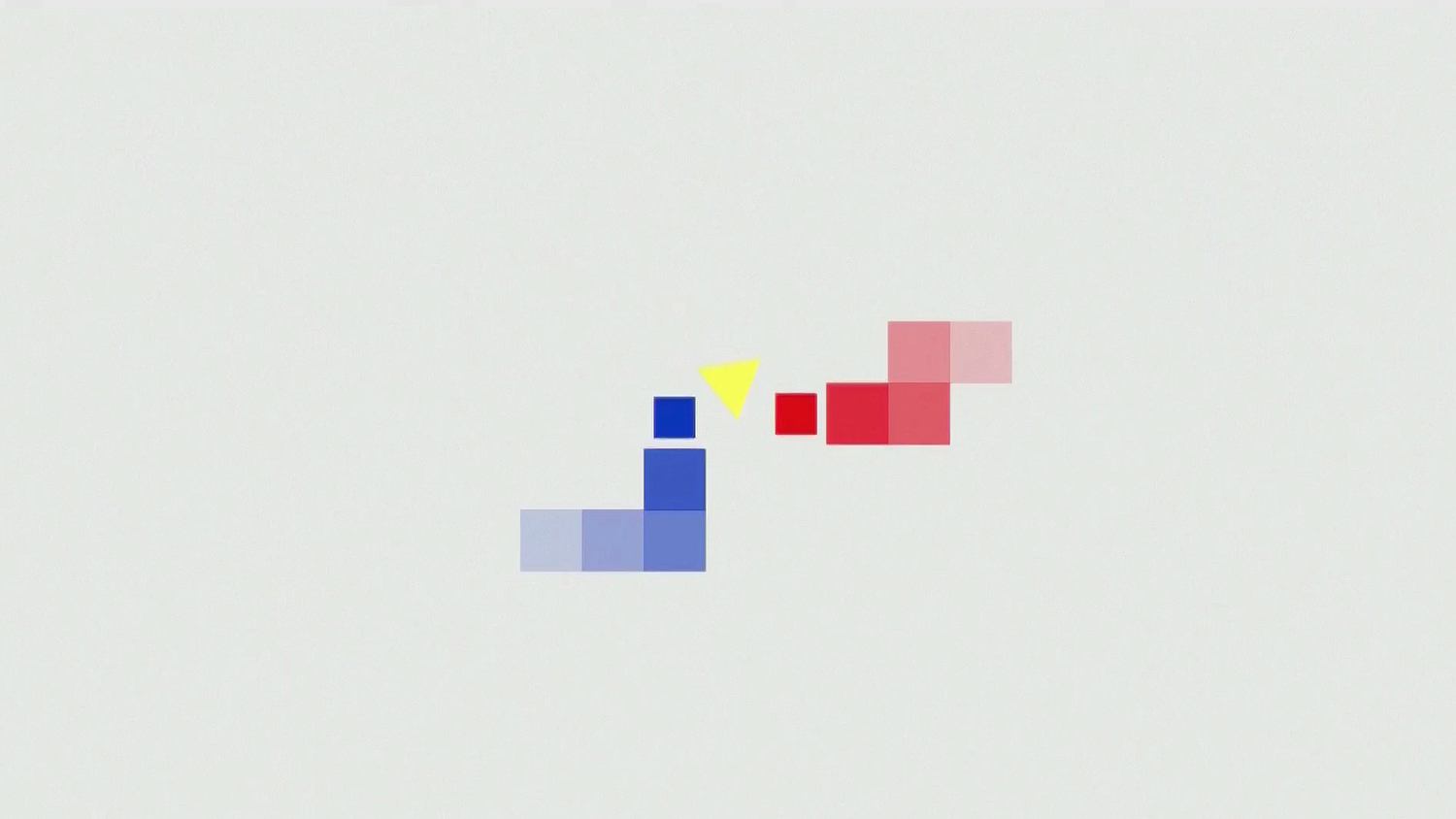 The geometric theme is used to create an oversized ‘8-bit’ pixellated look as both colorful animated elements and a wipe. 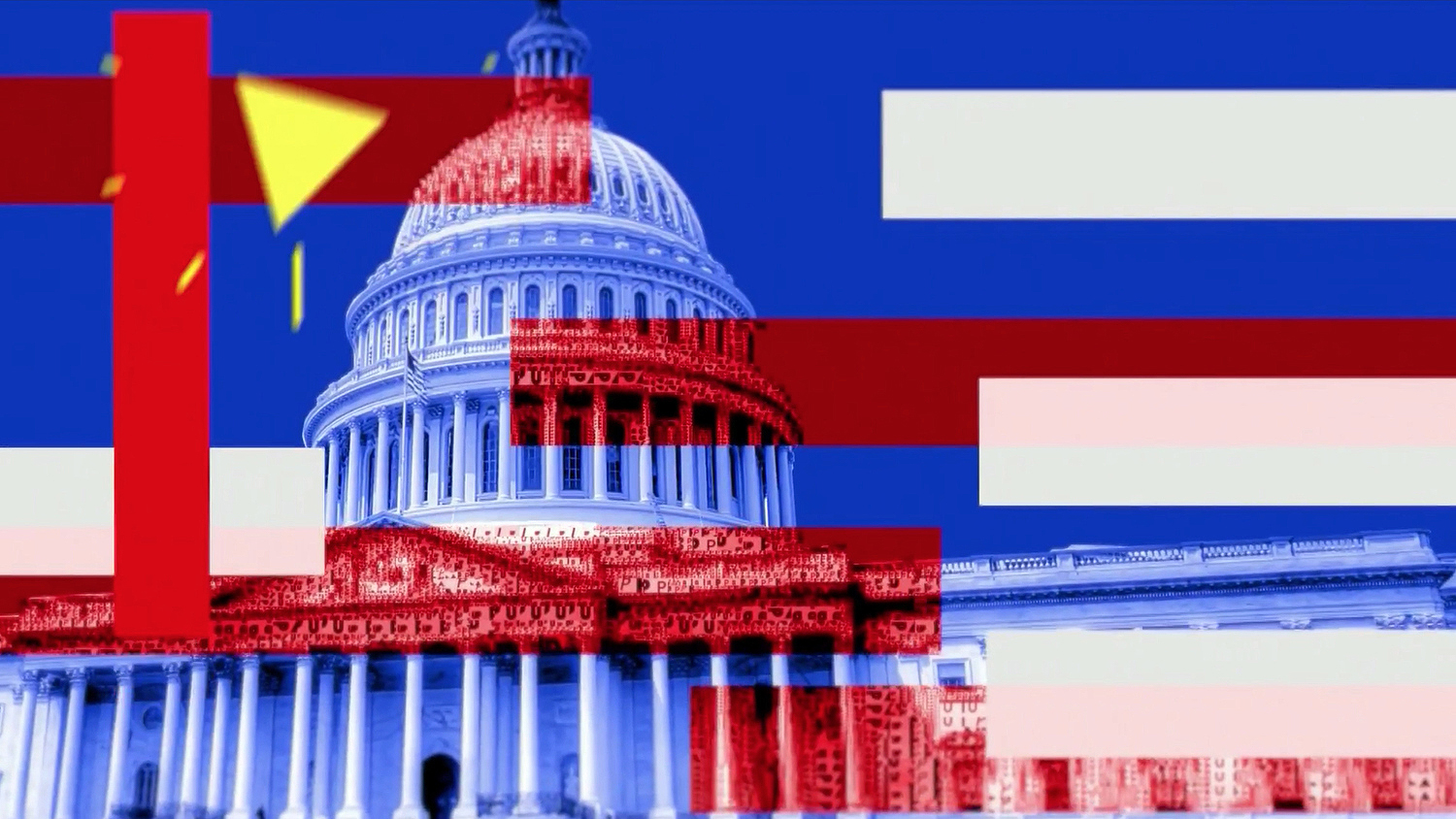 Other elements include political and Washington, D.C. imagery. 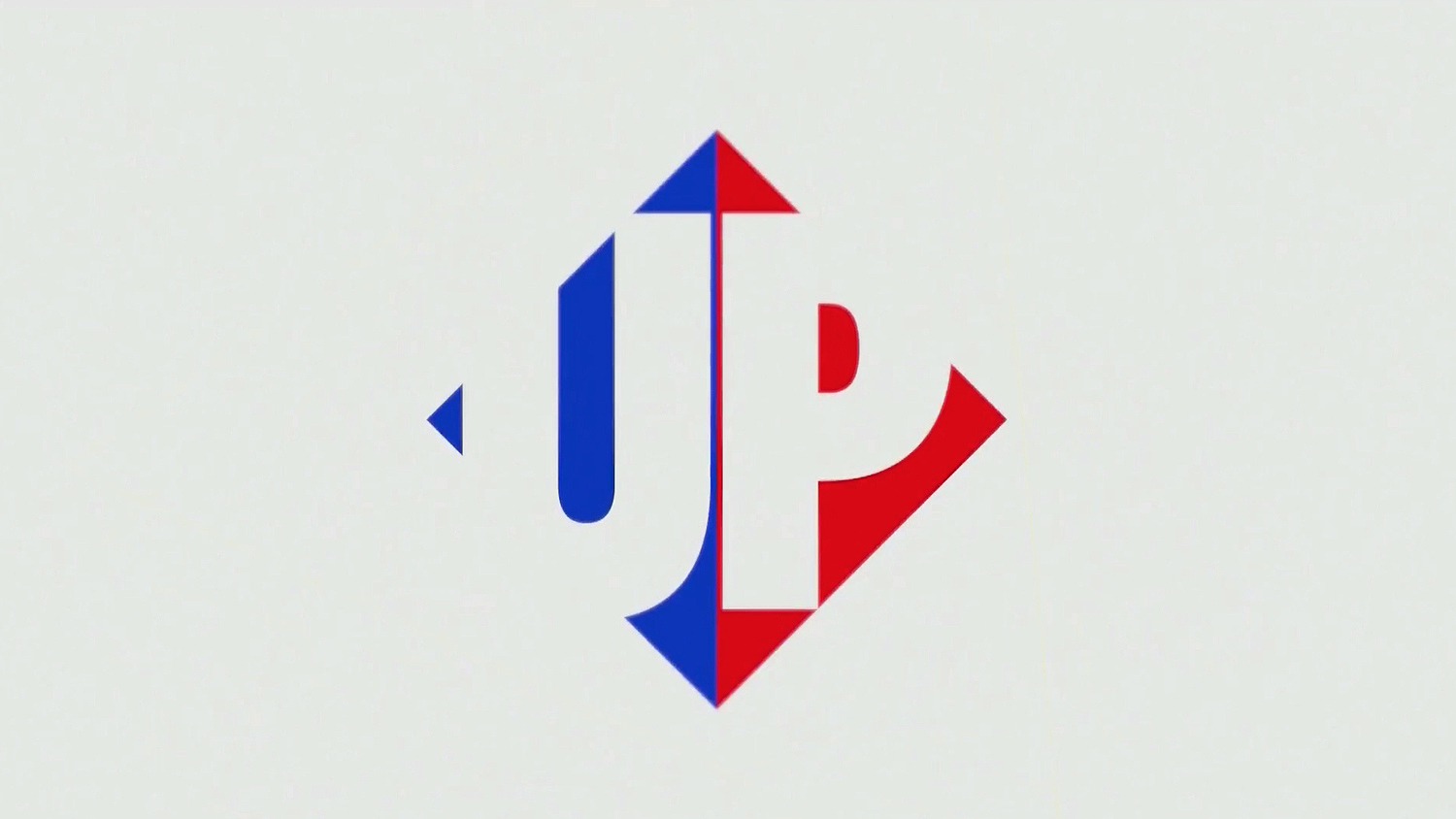 Another take on the upward pointing yellow arrow in the logo design, the show also includes a diamond shaped emblem built using its name in the middle and a leftward pointing blue arrow and red, right-pointing arrow, an obvious reference to both sides of the political spectrum. 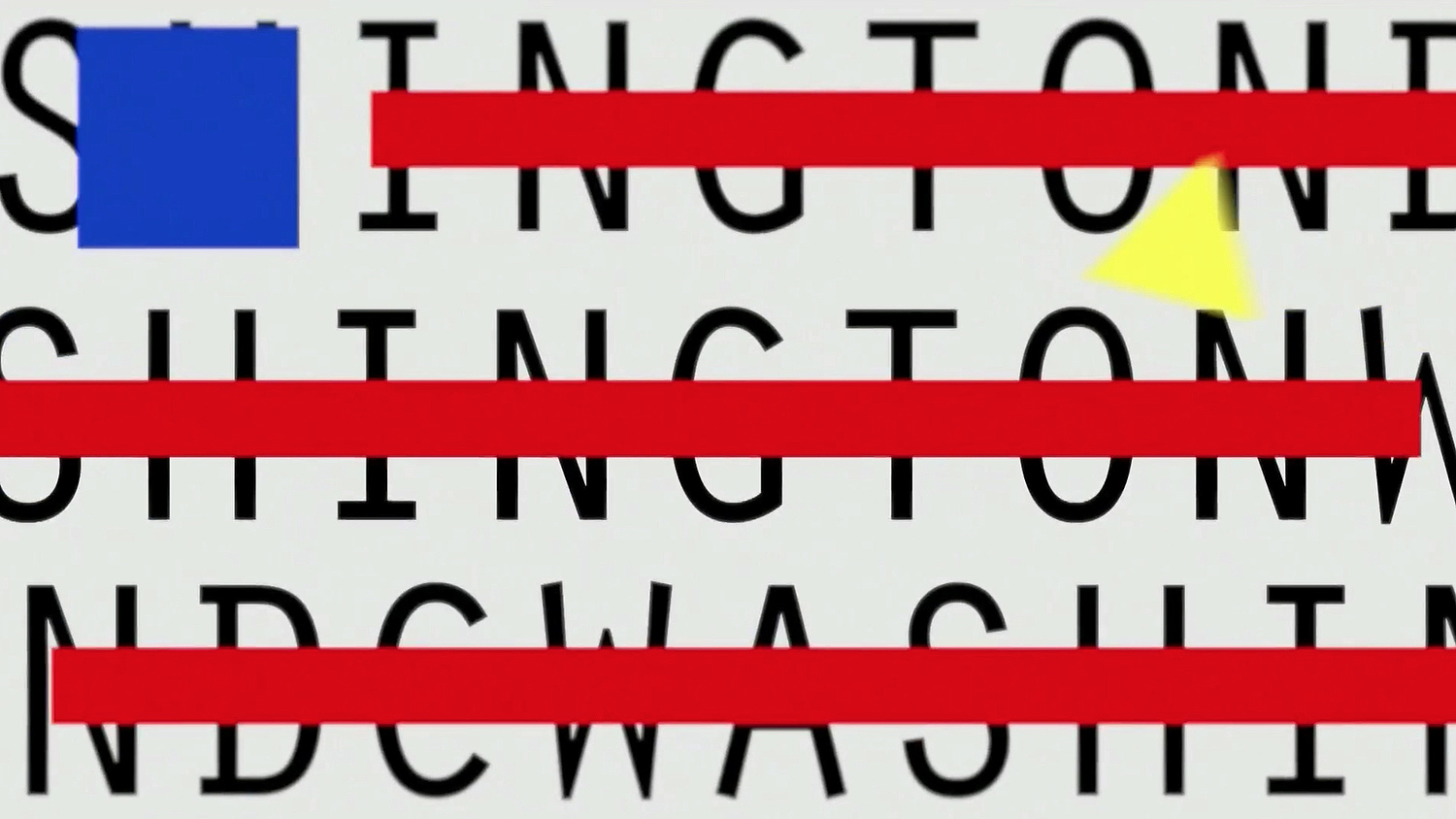 The typeface used for David Gura’s name in the logo also appears in the open animation, including in this American flag-esque layout.

David Gura, MSNBC, up, Up with David Gura