Megyn Kelly back in the headlines on network newscasts Friday 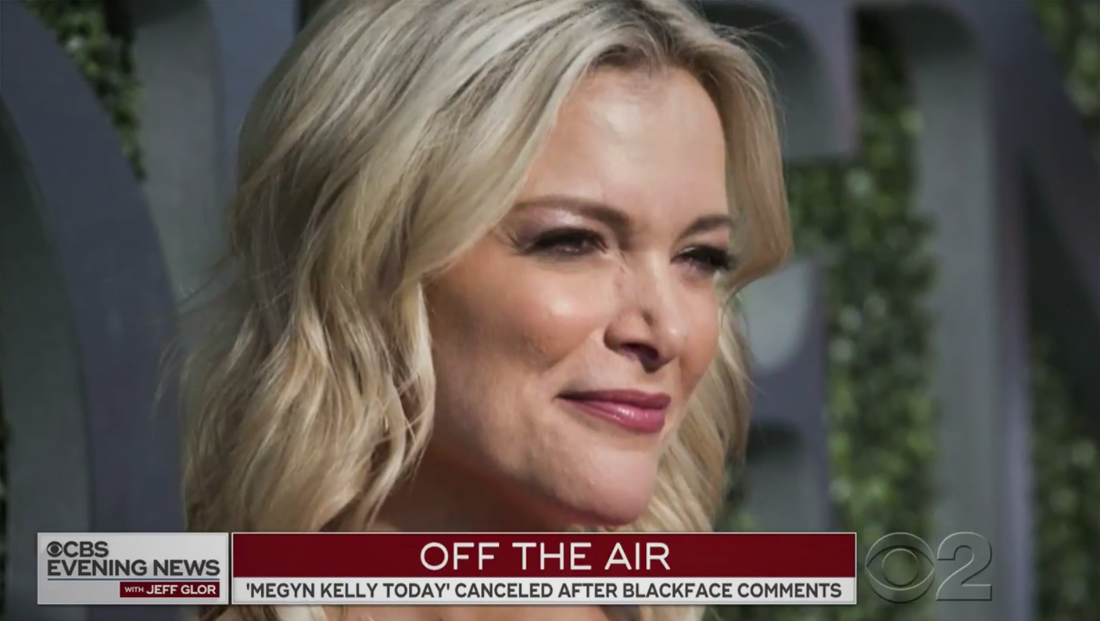 In addition to the developing story of an arrest in the mail bomb case, the network newscasts also covered another fast-moving story — Megyn Kelly and her future at NBC.

As NBC puts it '#MegynToday' 'will not be returning' https://t.co/eACJTaATlA

NBC announced earlier Friday that “Megyn Kelly Today” has been canceled and Kelly will not appear again on the show — with regular “Today” co-anchors filling the hour Monday.

Kelly, however, is officially still an employee of NBC, though she is reportedly negotiating her exit from the network.

'#CBSEveningNews' also included both stories in its headlines segment at the top of the broadcast pic.twitter.com/h749AwEL9s

“CBS Evening News” featured the story in its top-of-the-show headlines segment as well as a full package later. 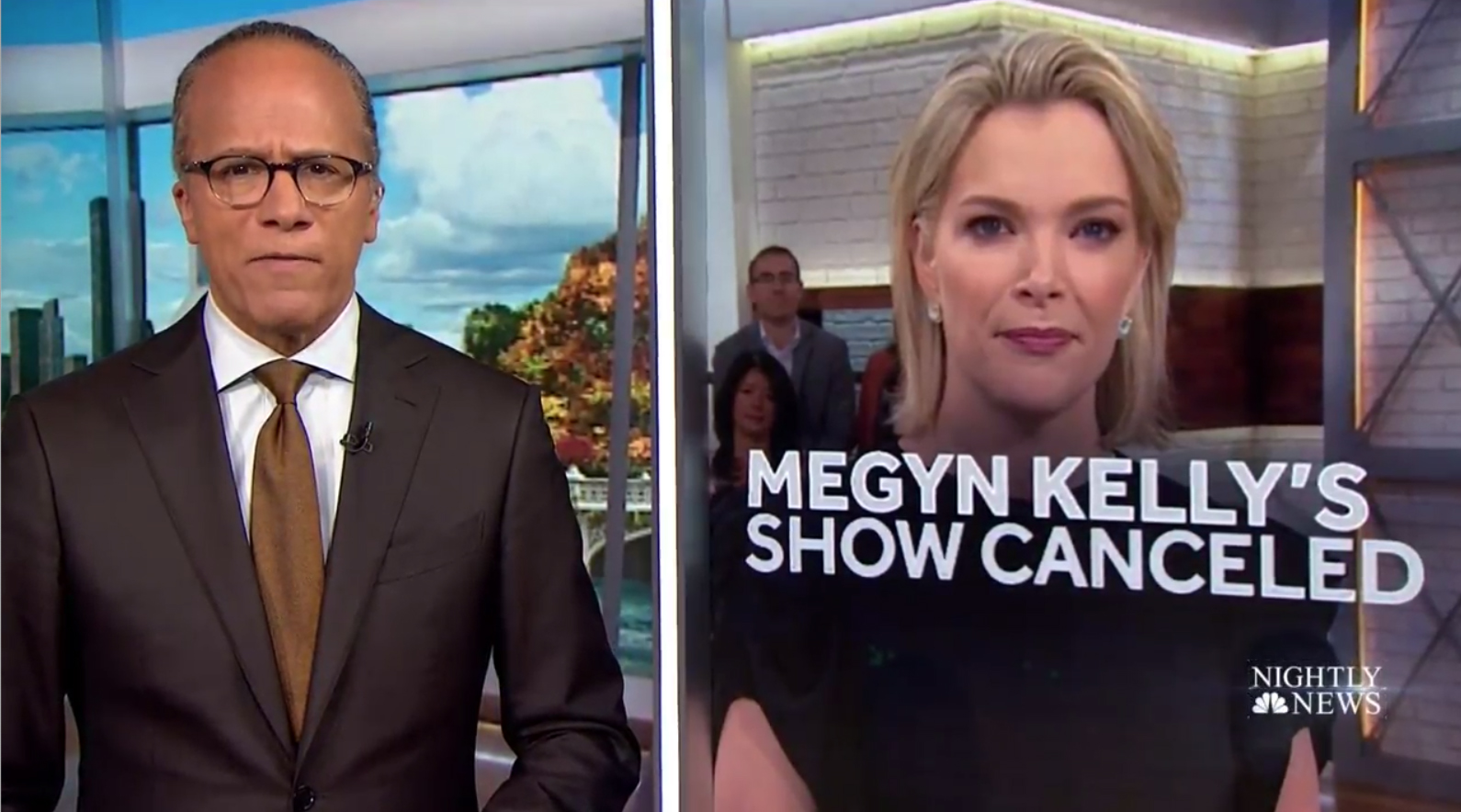 On her home network, ‘NBC Nightly News‘ anchor Lester Holt introduced a package about Kelly’s show being officially canceled from in front of the show’s video wall vista alcove. In one section of the video walls, the network included a photograph of the video walls on Kelly’s former set three floors up from where Holt was standing. 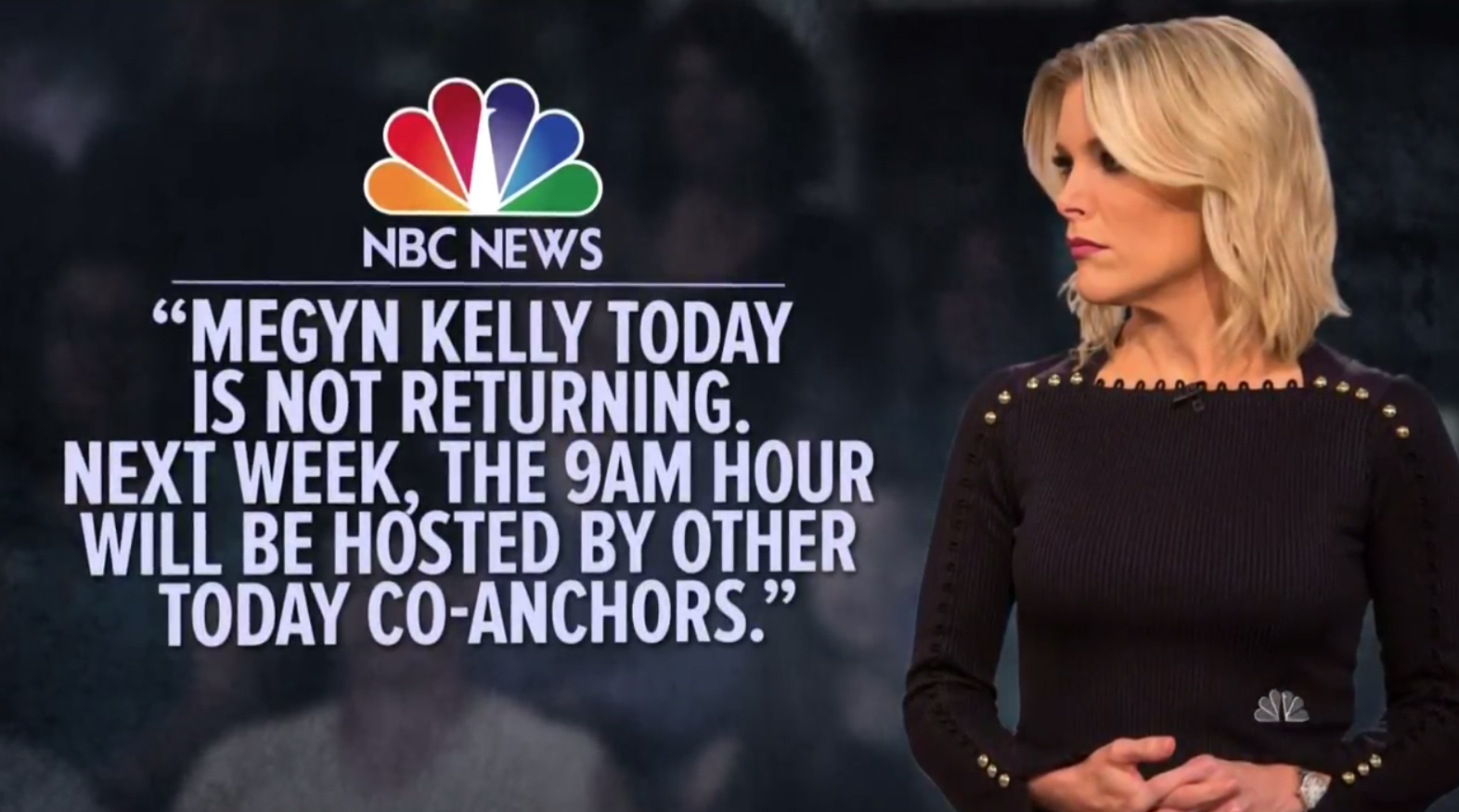 ‘Nightly’ also used dark full screen graphics with photos of Kelly with official statements from NBC. A similar look was used on ‘Today’ earlier in the day. ‘Nightly’ was the only network to skip the story on Thursday evening.