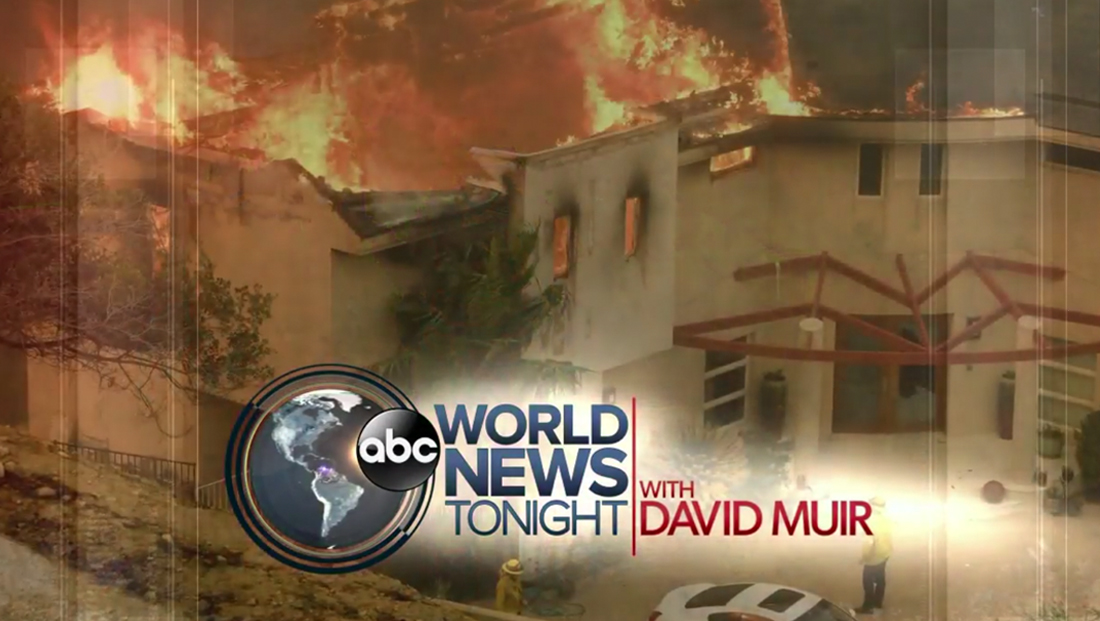 The continuing wildfires in California brought two of the network news anchors to stay in the state after originating from Thousand Oaks the night before.

All three anchors were in California Thursday, Nov. 8, 2018, from near the scene of the mass shooting in the city. 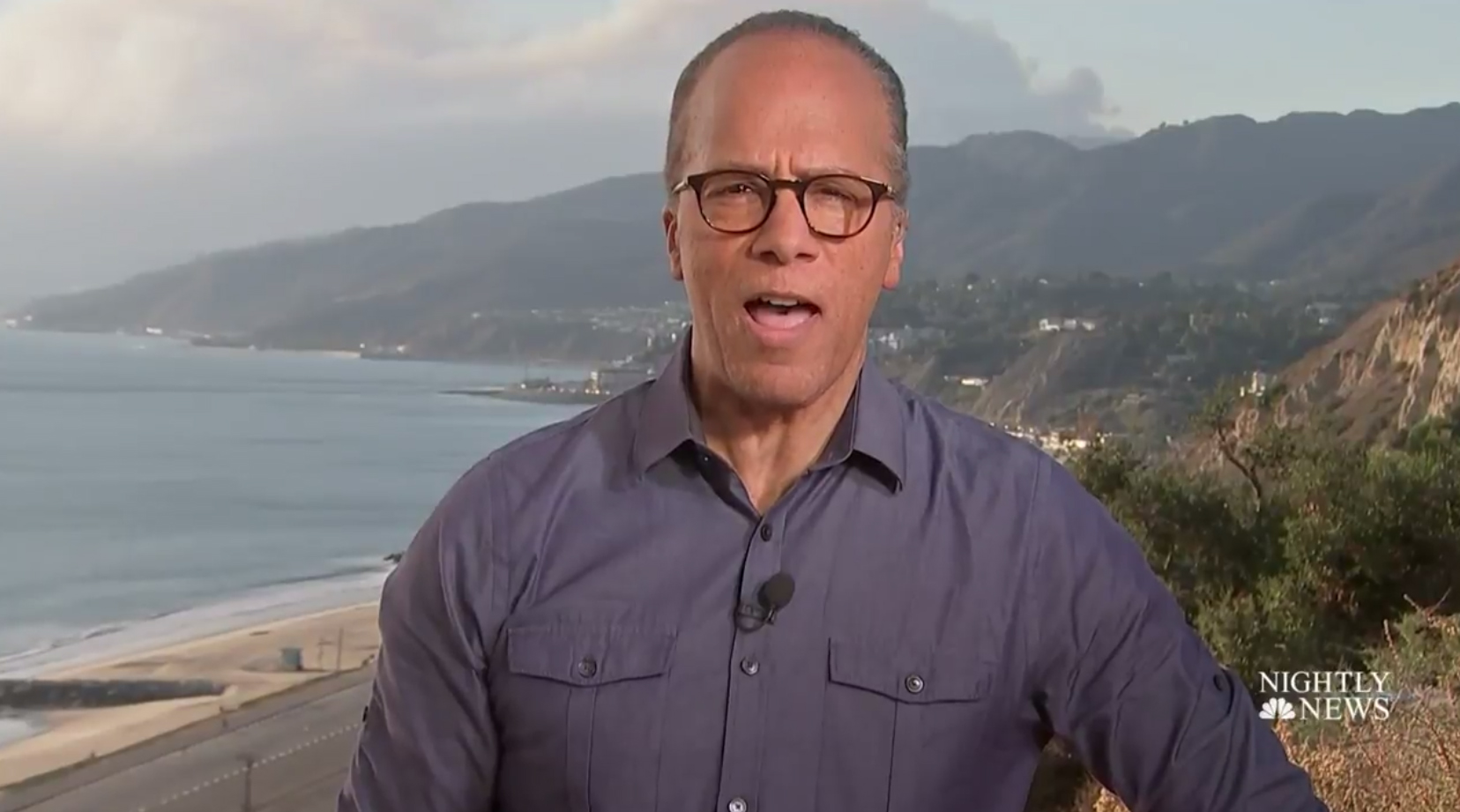 Lester Holt anchored ‘NBC Nightly News‘ from the Malibu coast — and a plume of smoke — visible in the sweeping view. This approach gave viewers more of a ‘birds eye view’ of the fire. 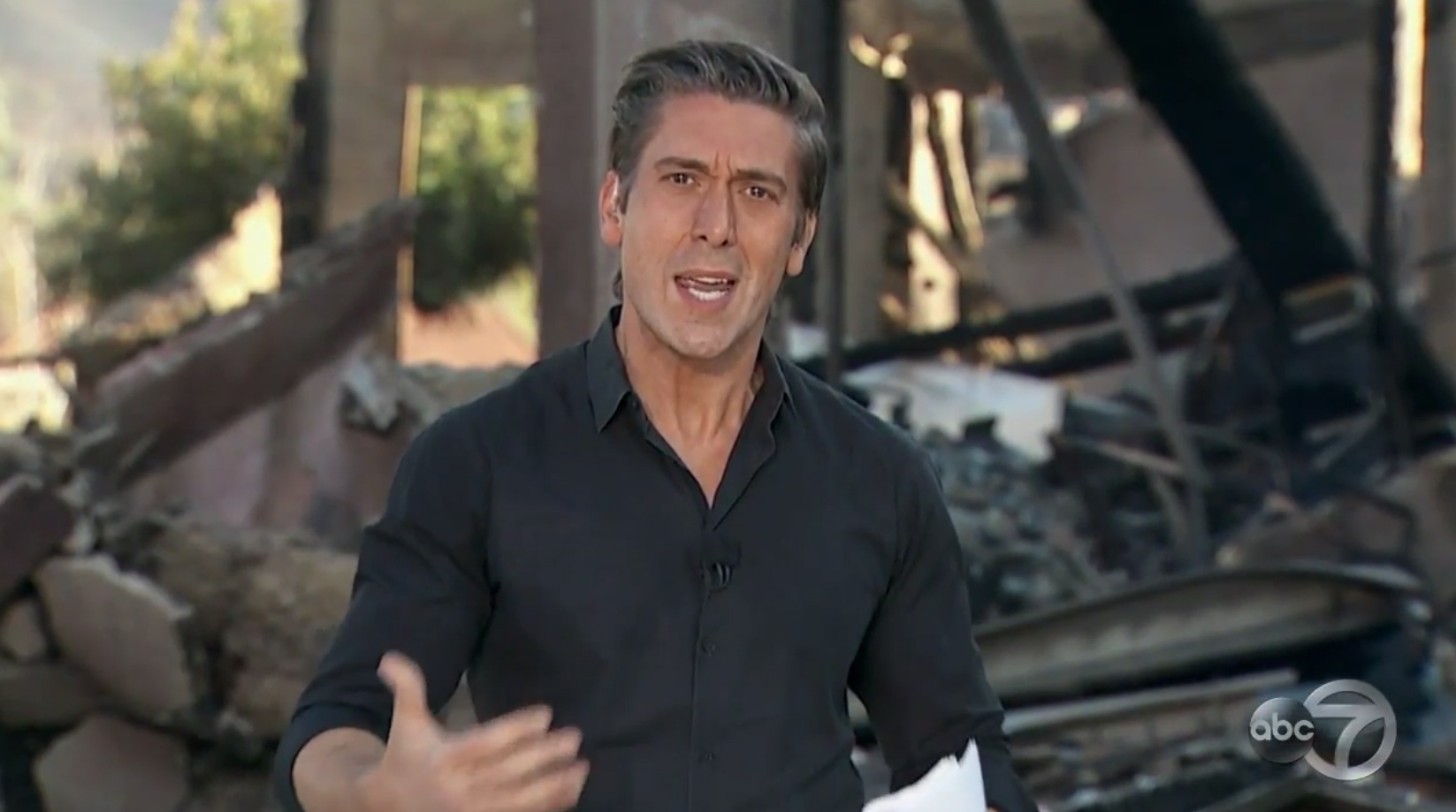 ‘ABC World News Tonight‘ took a different approach, placing David Muir in front of burned out buildings, giving viewers a closer look at the impact of the wildfires.

'#CBSEveningNews' anchor @JeffGlor pays tribute to retiring senior editor Jerry Cipriano at the end of the broadcast — including showcasing past anchors on the in-studio video array. pic.twitter.com/trgYE8KadP 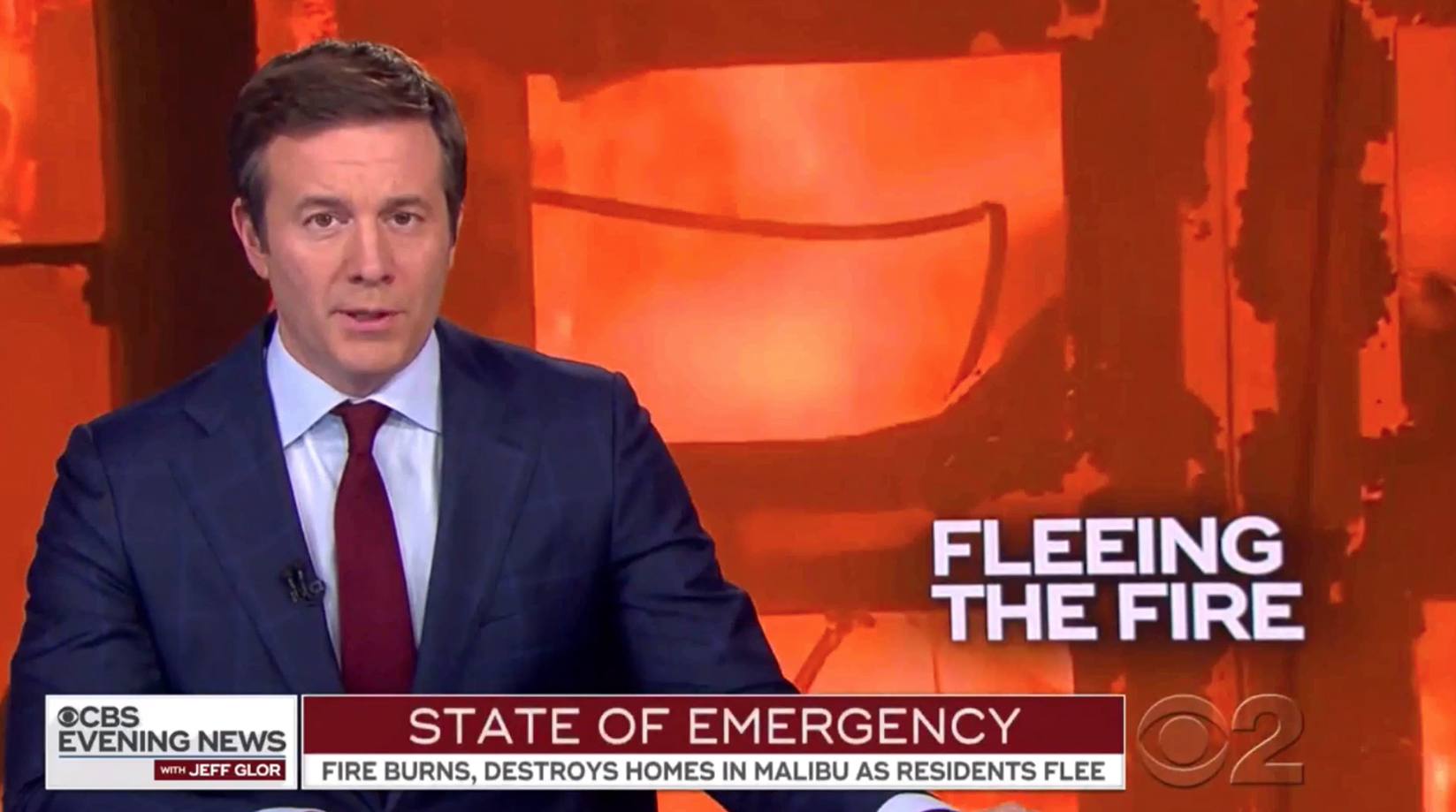 ‘CBS Evening News‘ anchor Jeff Glor anchored Friday’s newscast from New York, but the network offered extensive on-the-ground coverage of both the wildfires and shooting. Glor opened the newscast from in front of one of Studio 57’s video walls, which showed dramatic imagery of burning buildings. The broadcast did offer an extended ‘walk and wander’ before tossing to a package — after oddly showing correspondent Jamie Yuccas in the middle of what appeared to be a standup, before cutting to a three-box with her standing in a different position.