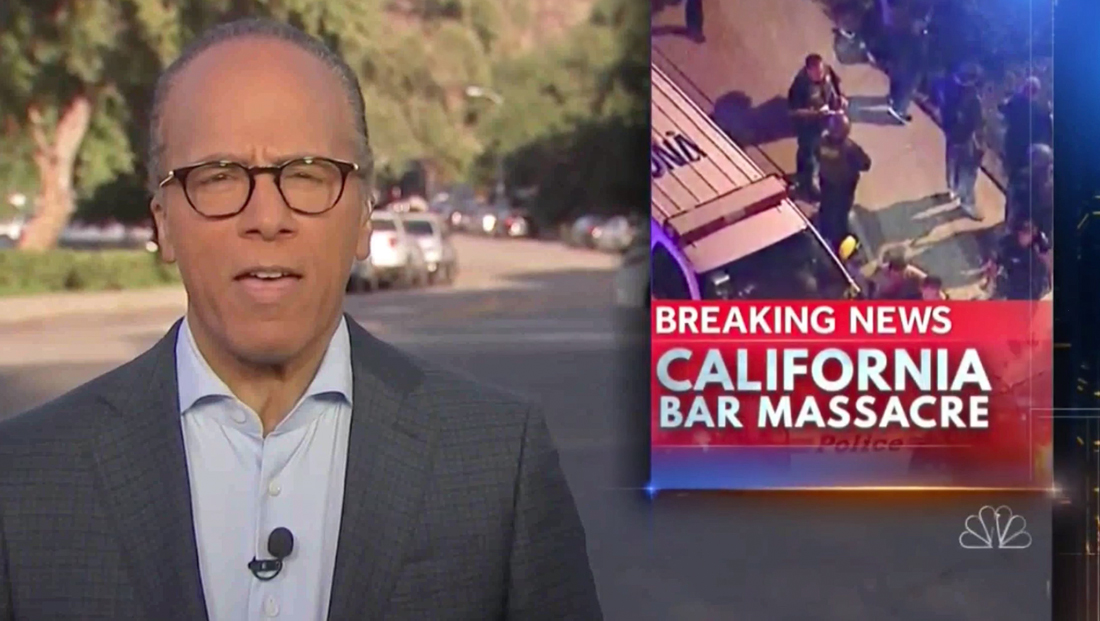 All three major broadcast networks sent their evening newscast anchors to Thousand Oaks, California, for on-the-scene coverage of the mass shooting at a local bar.

“NBC Nightly News” anchor Lester Holt anchored the entire broadcast outdoors from near the shooting scene. The network lead with the story and also featured it first in its teases. The show’s normal open was modified with the title “California Bar Massacre” before briefing switching to the show’s normal title card. 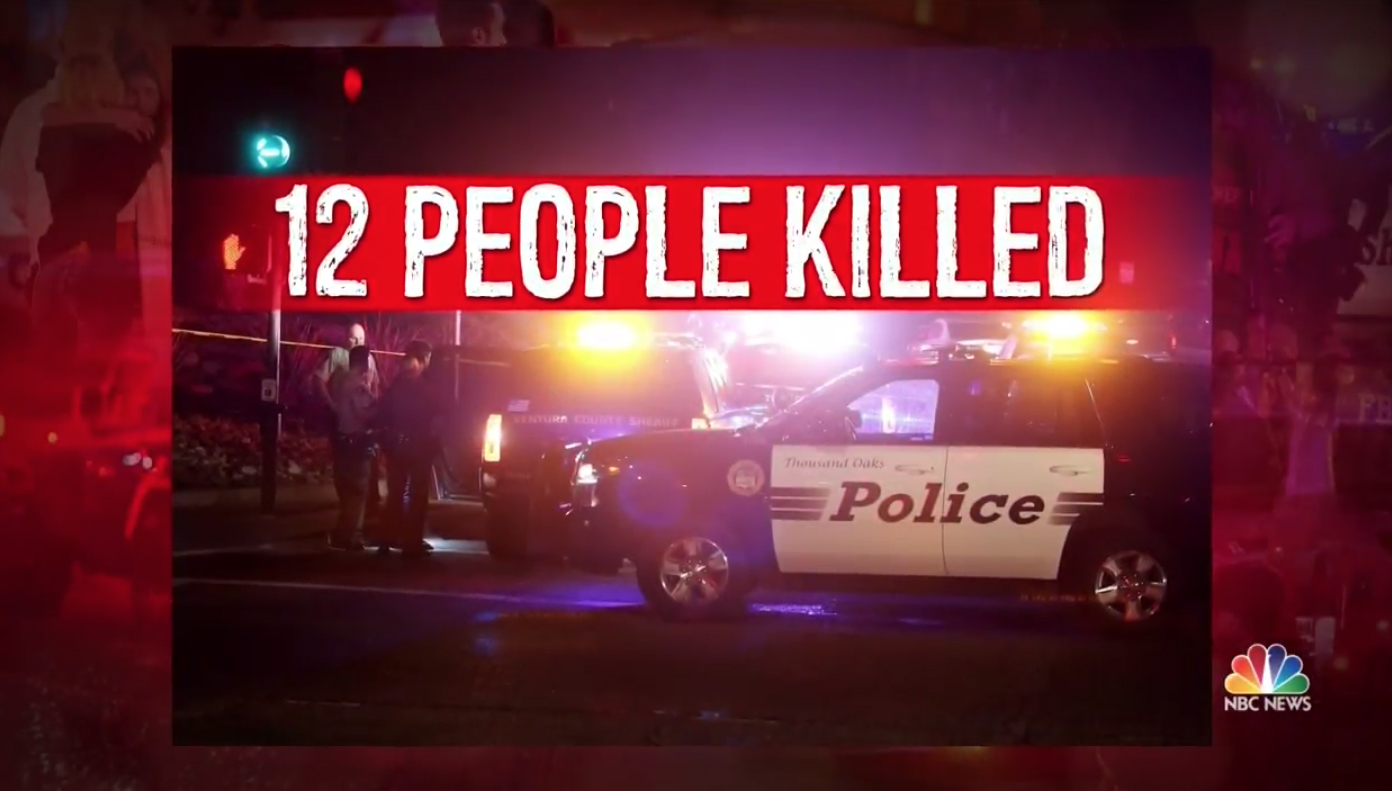 NBC used a modified version of the graphics it has used for past mass shootings, with the color palette skewed more red. The network also slipped in textured typography, similar to what ‘CBS Evening News’ uses for many major stories.

About to anchor @NBCNightlyNews coverage of Thousand Oaks shooting tragedy. Just beyond our set billows of smoke rise from nearby brush fires. pic.twitter.com/6jyt4Im2Gm 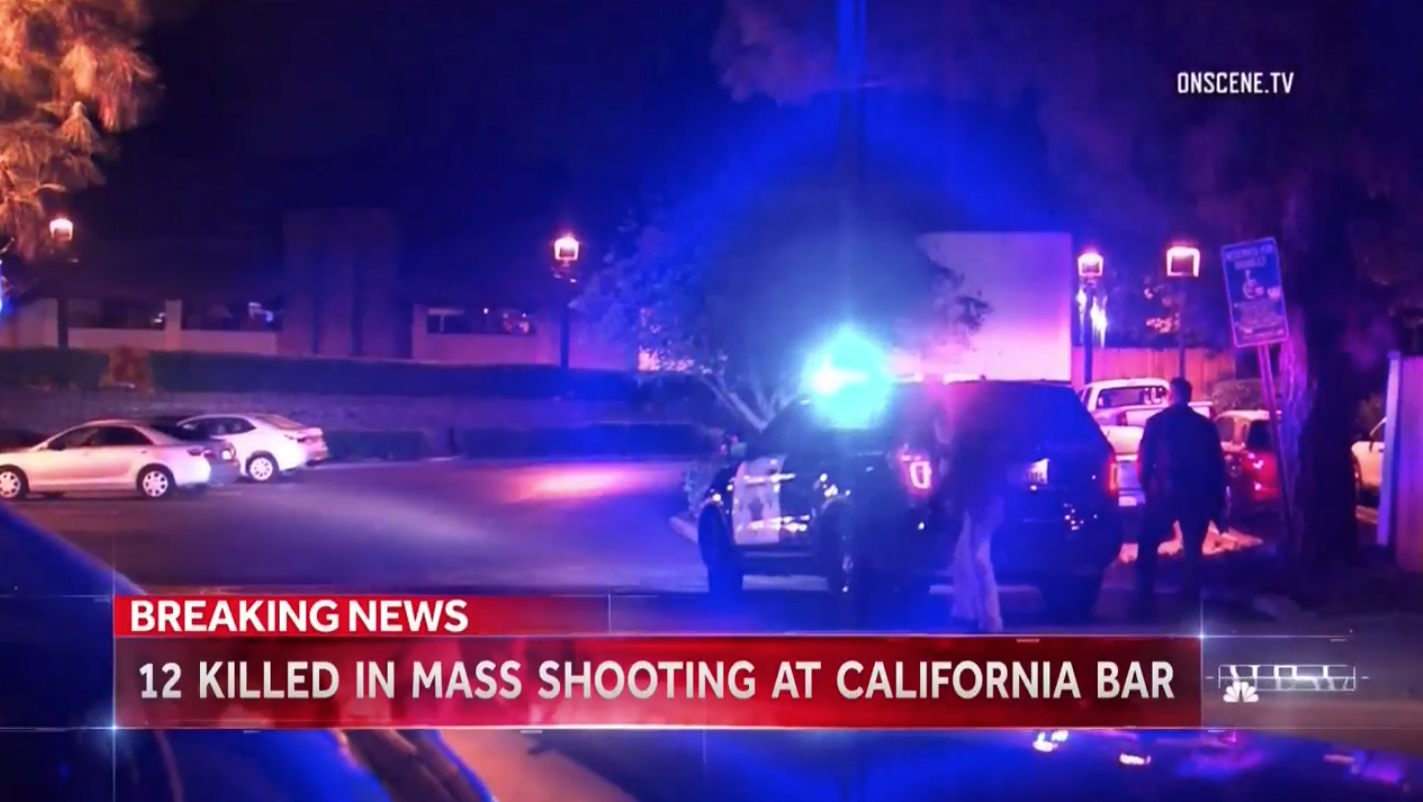 ‘Nightly’ also modified its lower thirds with a similar color scheme — as well as a textured background.