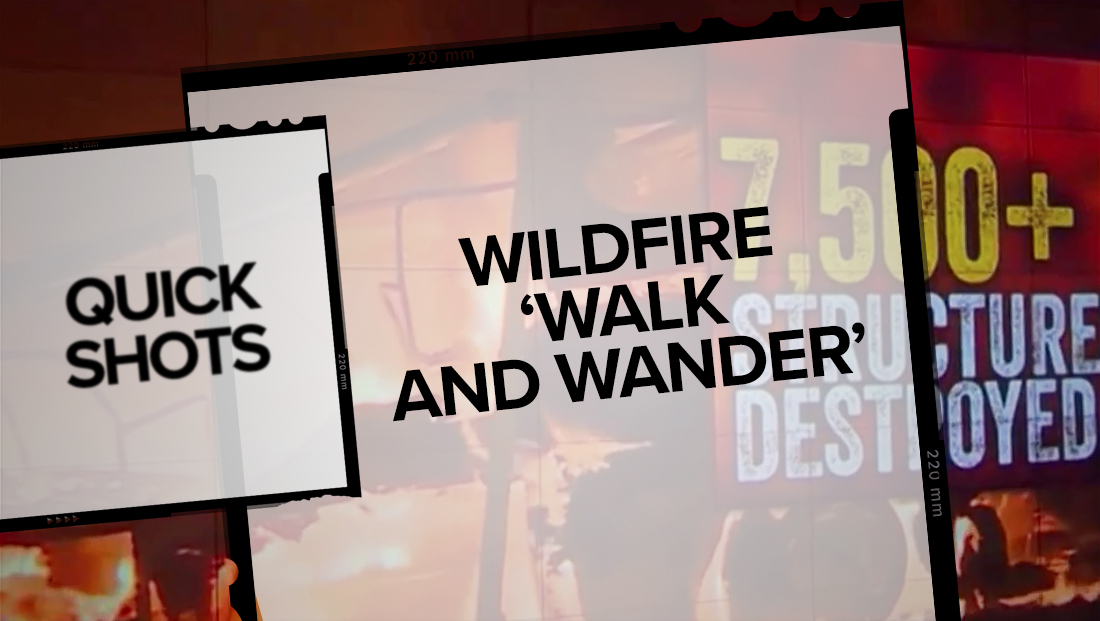 “CBS Evening News” lead with coverage of the California wildfires and included a “video in video” and “walk and wander.”

The clip, which used both a pillar-mounted panel and video wall, was accompanied with bright gold typography placed over dramatic imagery of fire. 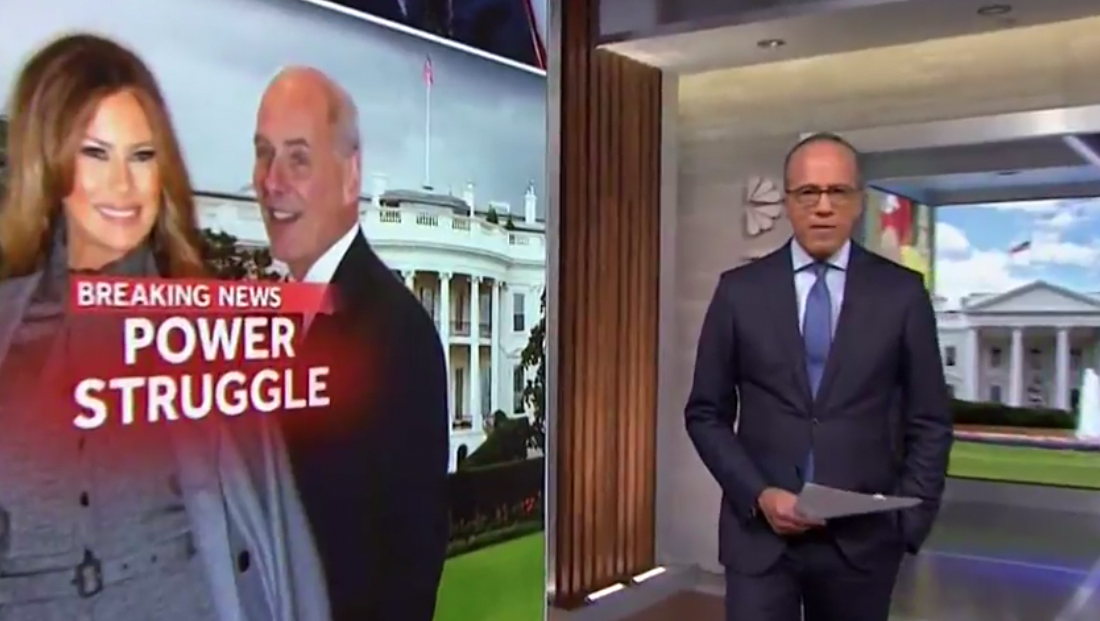 While competitor “ABC World News Tonight” also lead with wildfire coverage, “NBC Nightly News” opted to lead with coverage of the ‘power struggle’ in the White House between Melania Trump and other high level officials.