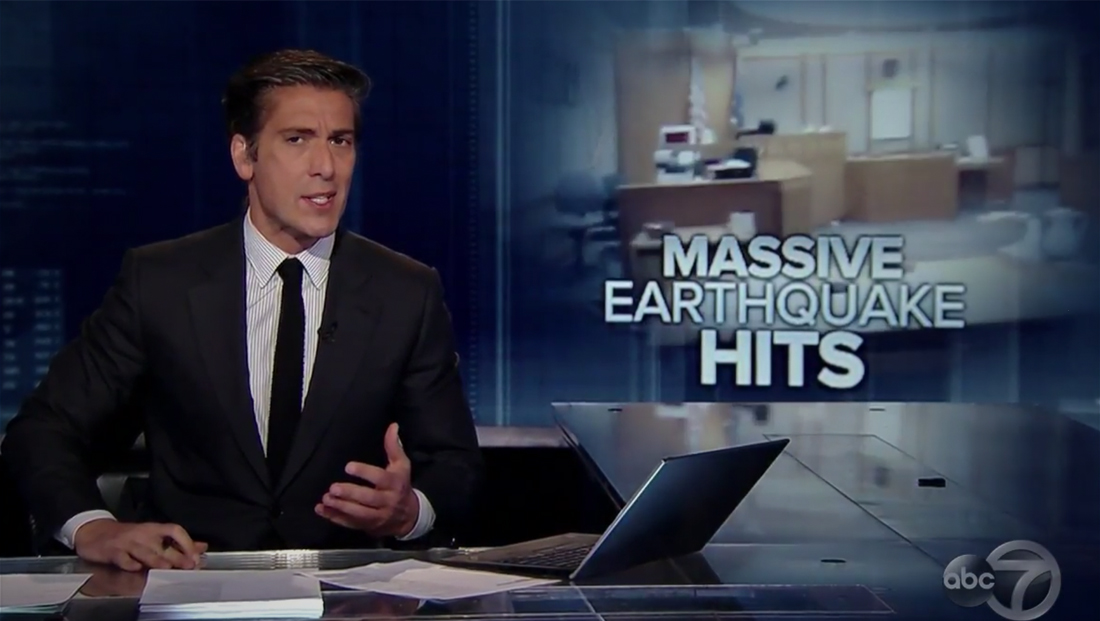 As the Anchorage residents — and TV stations — begin figuring out their next move and cleaning up from a massive 7.0 earthquake, the networks naturally lead with the story Friday, Nov. 30, 2018.

The follow is a summary of hour the networks covered the earthquake on their first feeds Friday night — though variations may exist if the networks opted to updated newscasts throughout the evening — particularly for the West Coast and Alaska markets. 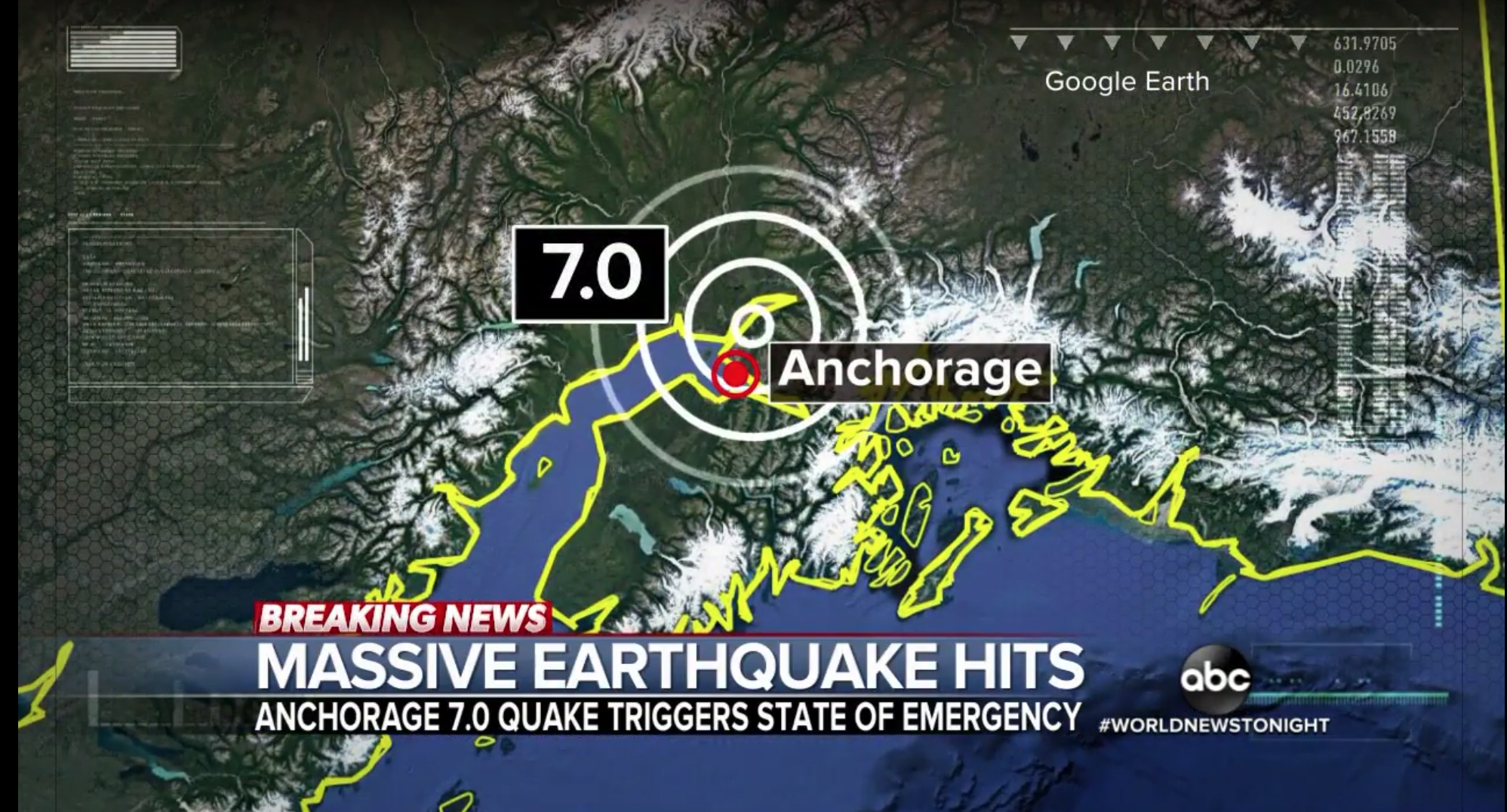 ‘ABC World News Tonight‘ used a modified Google Map to showcase the epicenter of the quake. Its normal microtext was overlaid over parts of it. 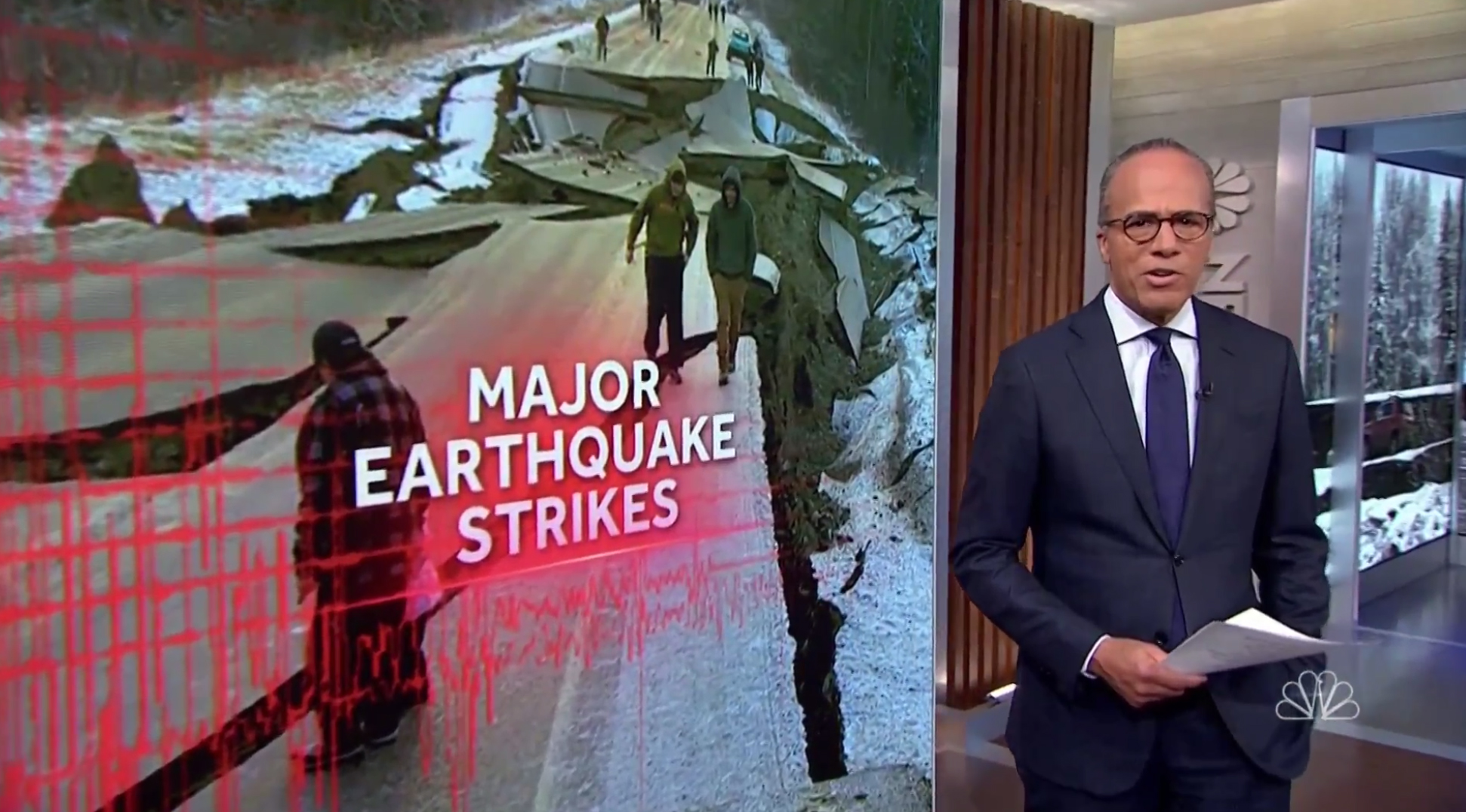 NBC anchor Lester Holt kicked off coverage from in front of Studio 3A’s video tower, which was sporting a dramatic image of a cracked road overlaid with bright red seismograph spikes. 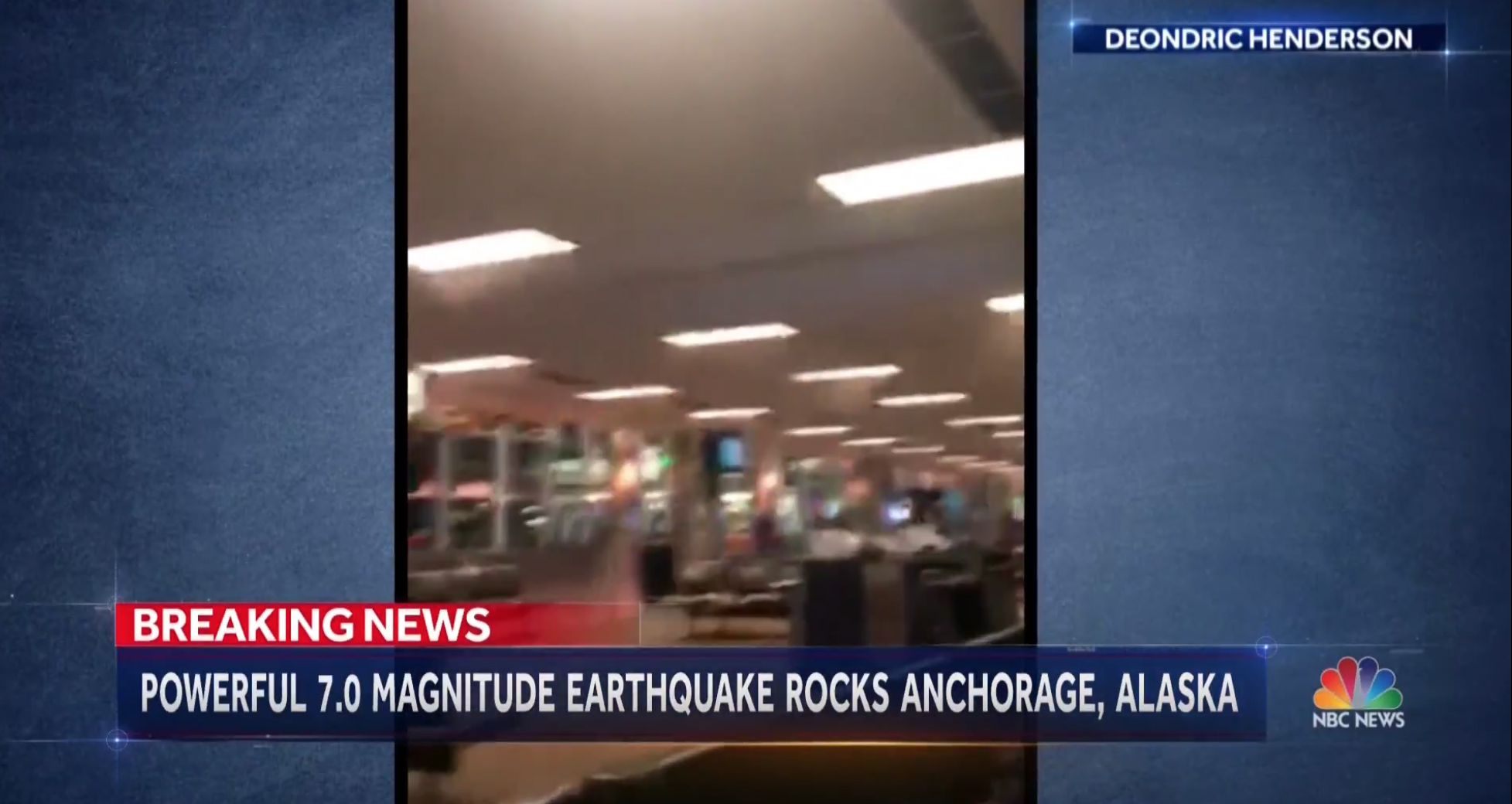 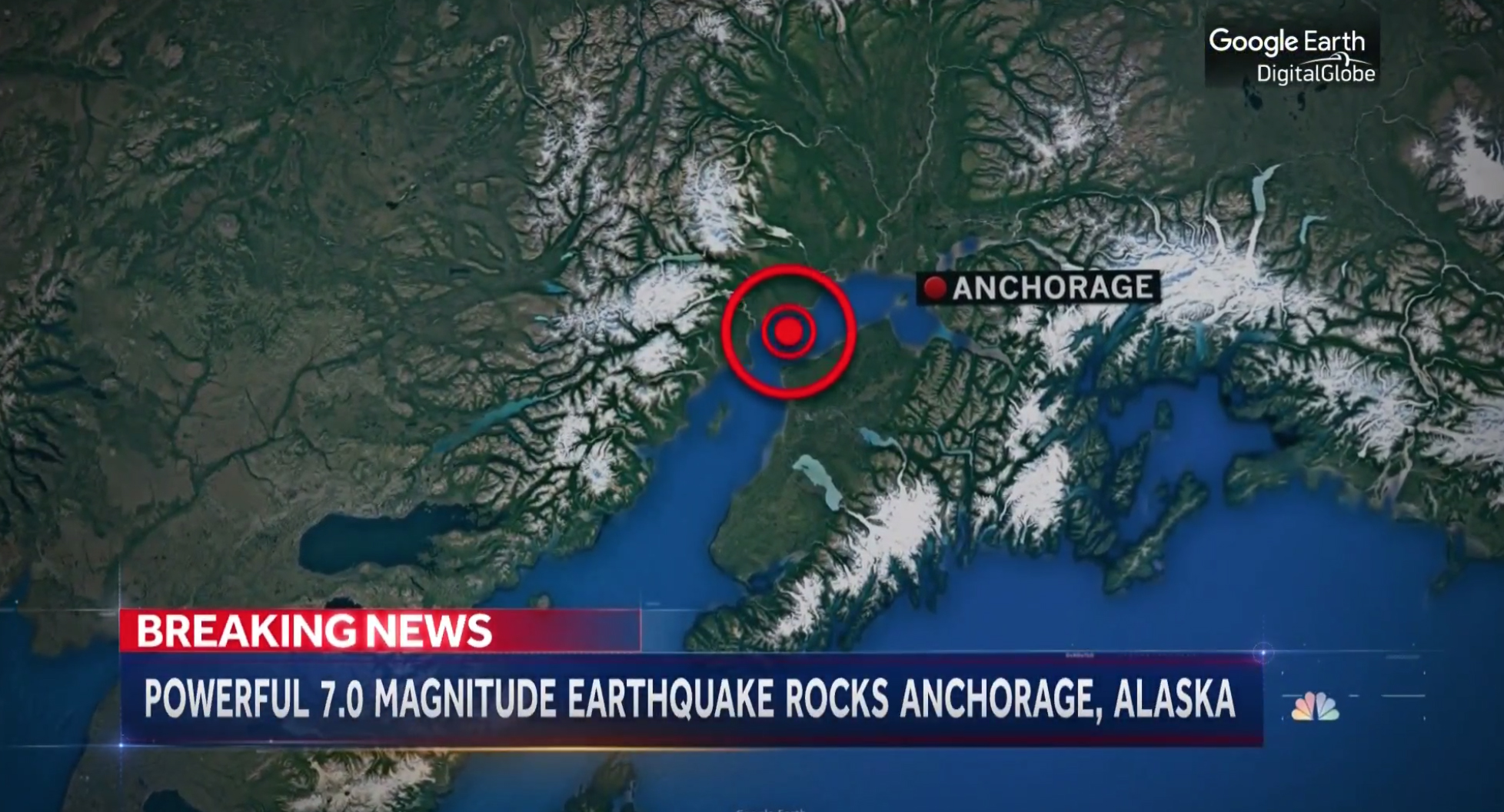 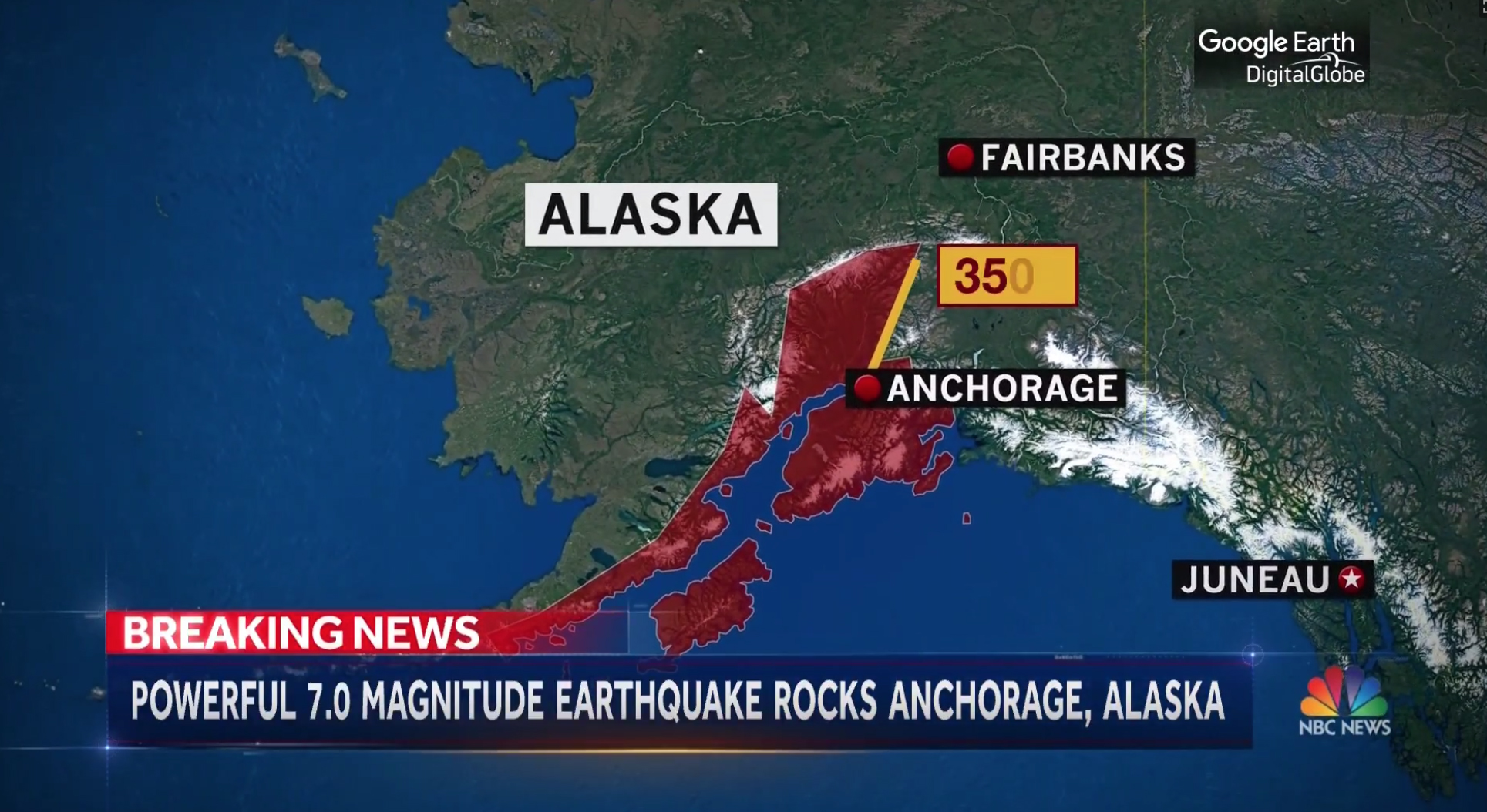 Another map showed the area under a tsunami warning, which was eventually lifted, as well as how far the tremors could be felt — 350 miles away. 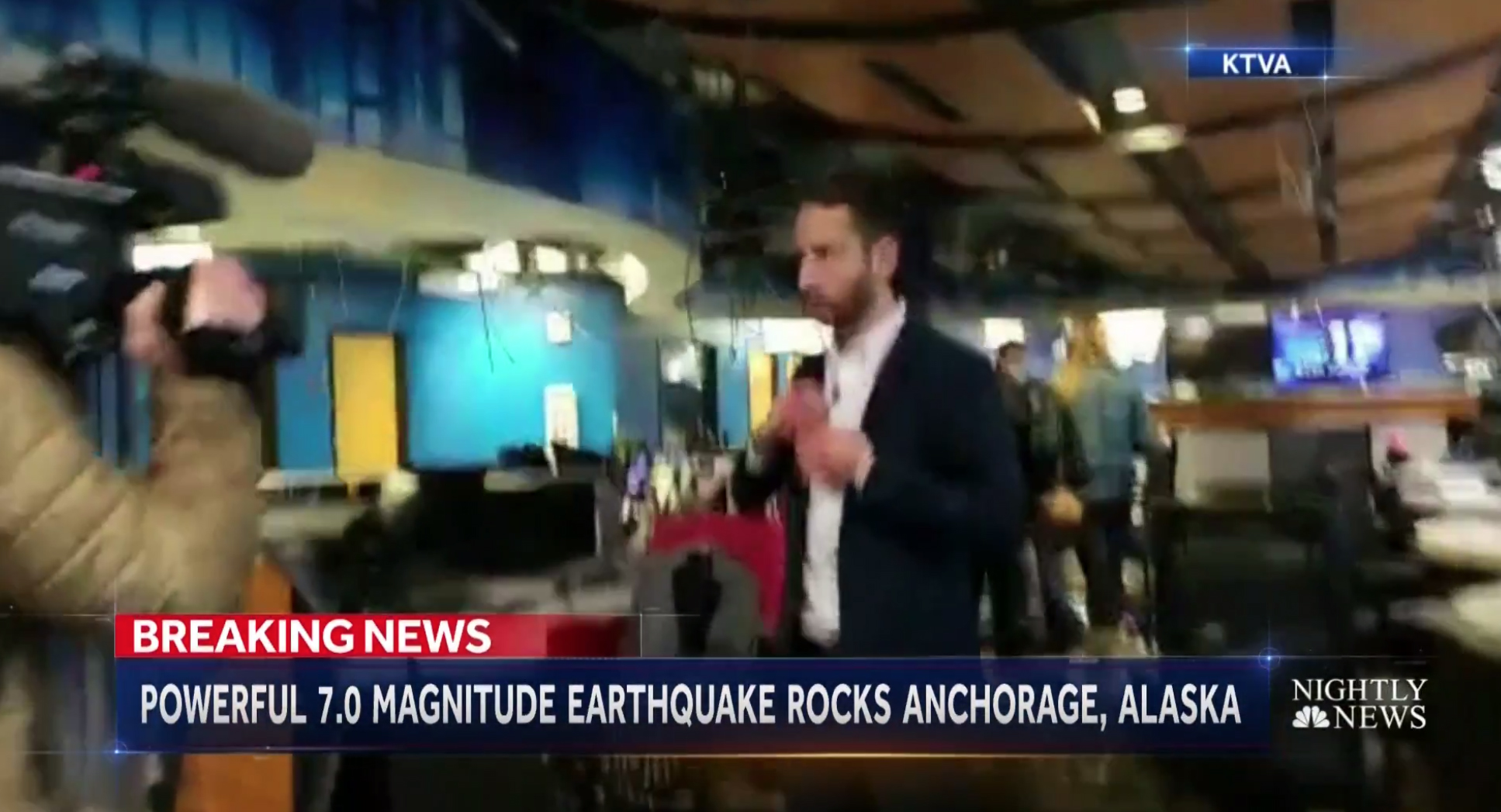 NBC also used footage and imagery from KTVA, which was arguably the leader in getting its damaged station back online and getting information out via alternative channels and, although it credited the station’s call letters, it did not mention the station by name in the voiceover or that it is a CBS affiliate. 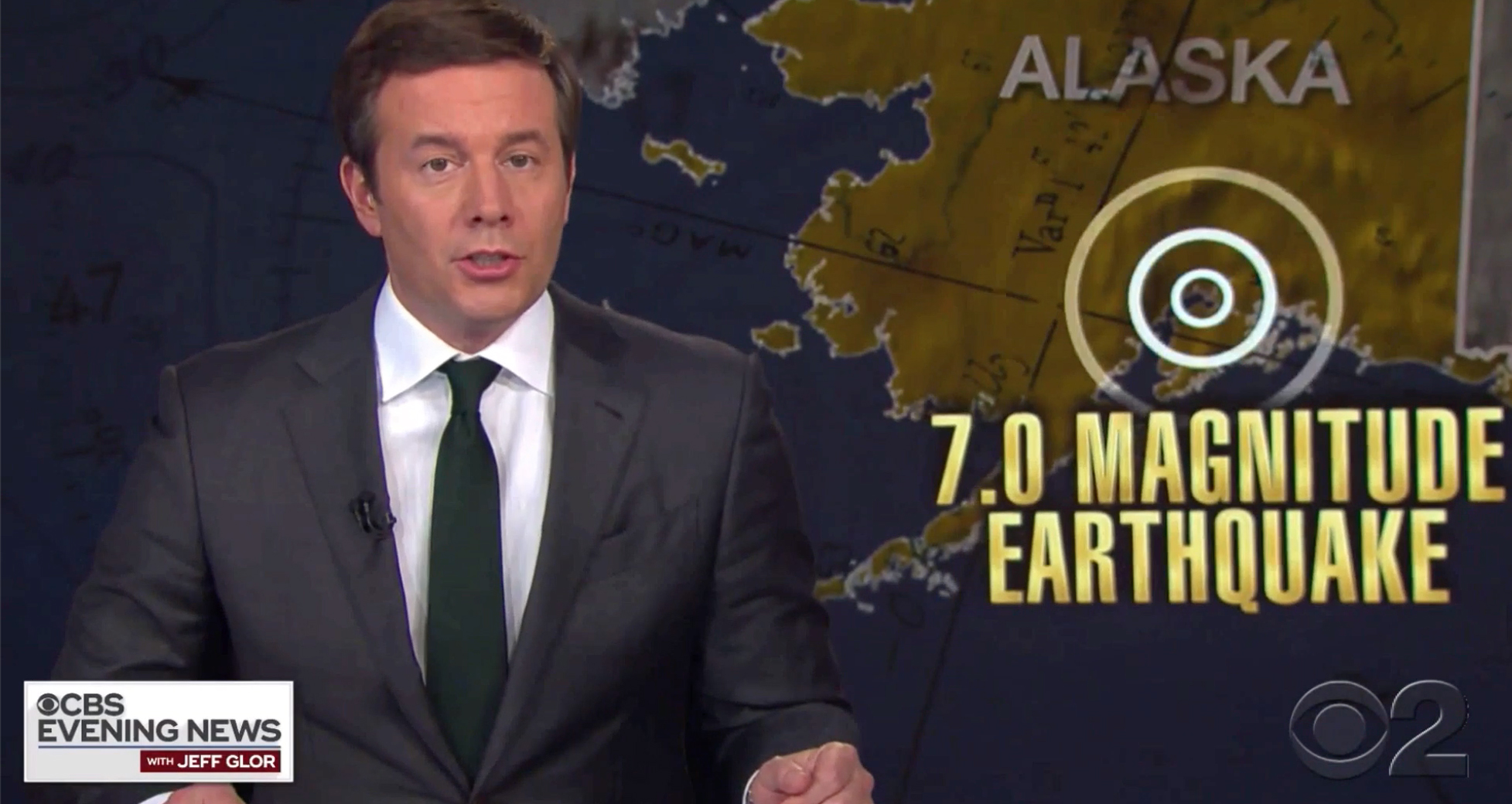 ‘CBS Evening News,’ perhaps buoyed by having some of the most immediate and comprehensive coverage coming from its local affiliate, offered a dramatic walk and wander using its studio video panels — the first showing a seismograph animation stretched along the long video ribbon on on wall capped with a map of the affected area, before moving incorporate two other video walls and the smaller panel on the opposite side of the studio. Read more about KTVA and how it got back up and running over the course of the day.

CBS did have a bit of a hiccup toward the end of its earthquake coverage. As Glor was explaining Alaska’s storied history with earthquakes, the camera pulled out and focused on a smaller horizontal in-studio monitor, which was presumably supposed to be showing footage from the quake — but instead showed protesters at the G20 wearing masks.

Glor clarified on air that the footage was not of the earthquake.