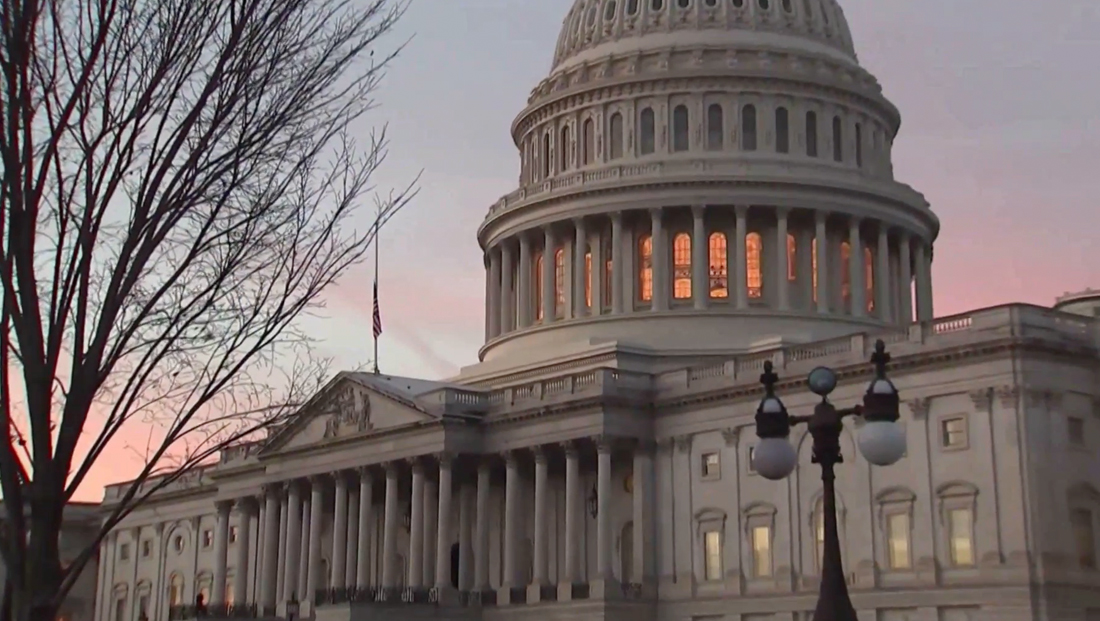 After the news of the death of former president George H.W. Bush came Saturday, Dec. 1, 2018 and despite rolling coverage over the weekend on both Saturday and Sunday evening and Sunday morning Bush’s death lead the network morning newscasts Monday, Dec. 3, 2018. 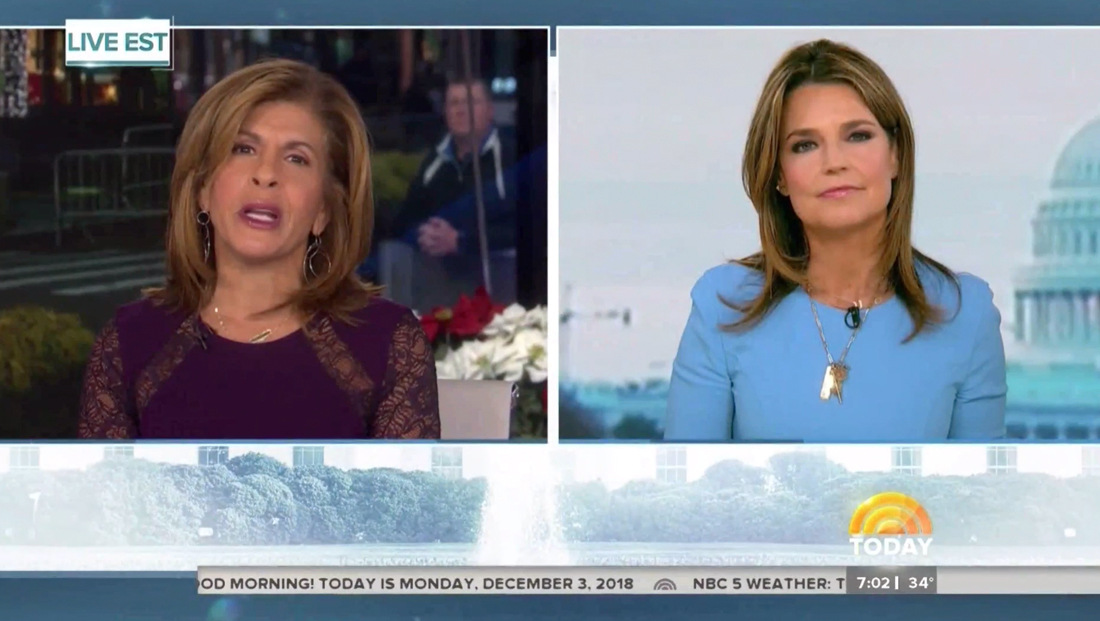 ‘Today‘ was split anchored with Hoda Kotb in New York and Savannah Guthrie in Washington, D.C. Kotb was at the show’s normal anchor desk, with Guthrie in the main studio in the network’s Washington bureau with what appeared to be a live video feed of the Capitol behind her. The network used a washed out blue-ish gray look that continued the look of the graphics used over the weekend and for coverage of Sen. John McCain’s death. 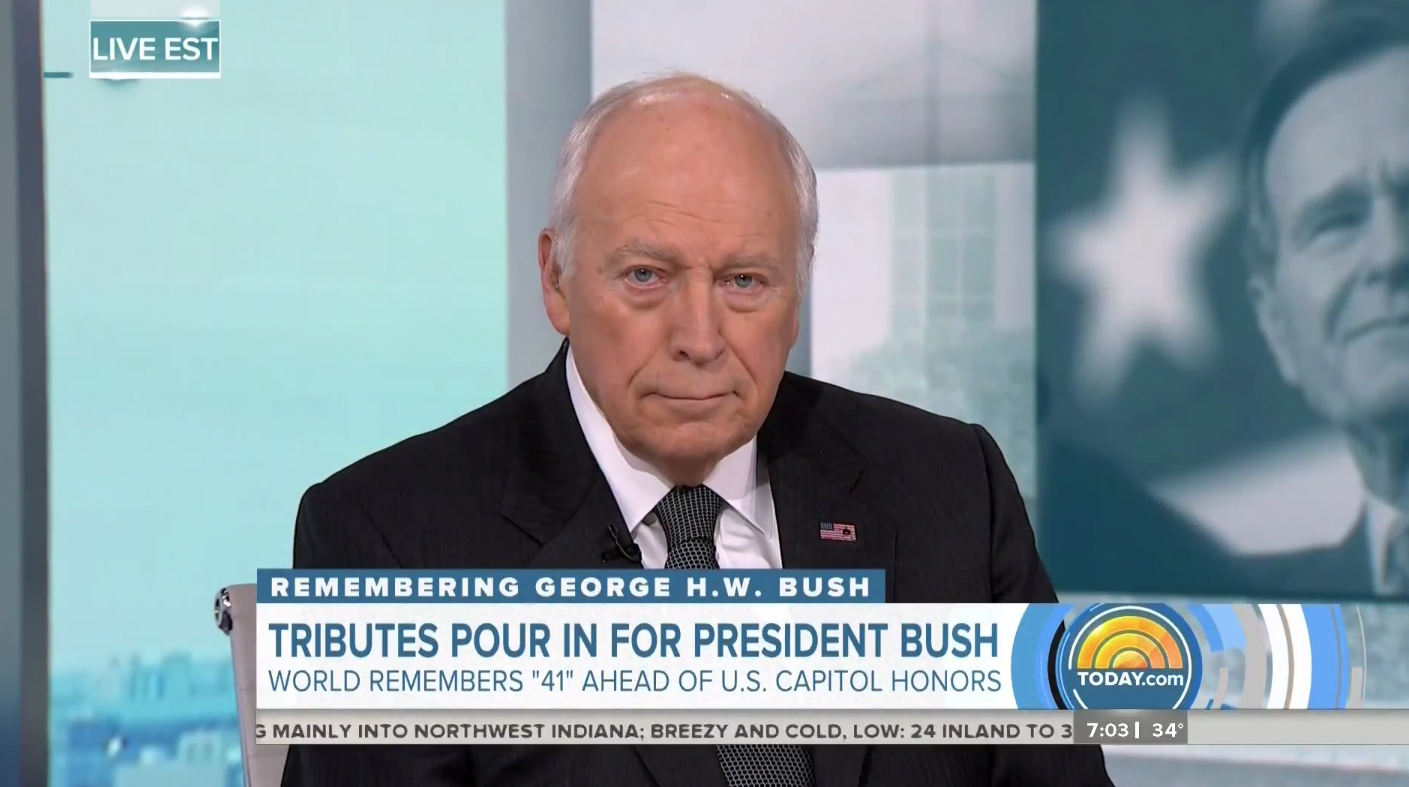 Guthrie was joined in studio by Dick Cheney, who served as Secretary of Defense under the elder Bush. The video wall behind him featured a  a grayish-blue background with photos. ‘Today’ also used the 40-foot video wall in Studio 1A to showcase a three day calendar outlining the announced schedule for lying in state and funeral services. The show’s normal blue and orange lower thirds were switched to a blue and blue-gray color scheme. In addition to Kotb and Guthrie, Craig Melvin joined the show live from Texas.