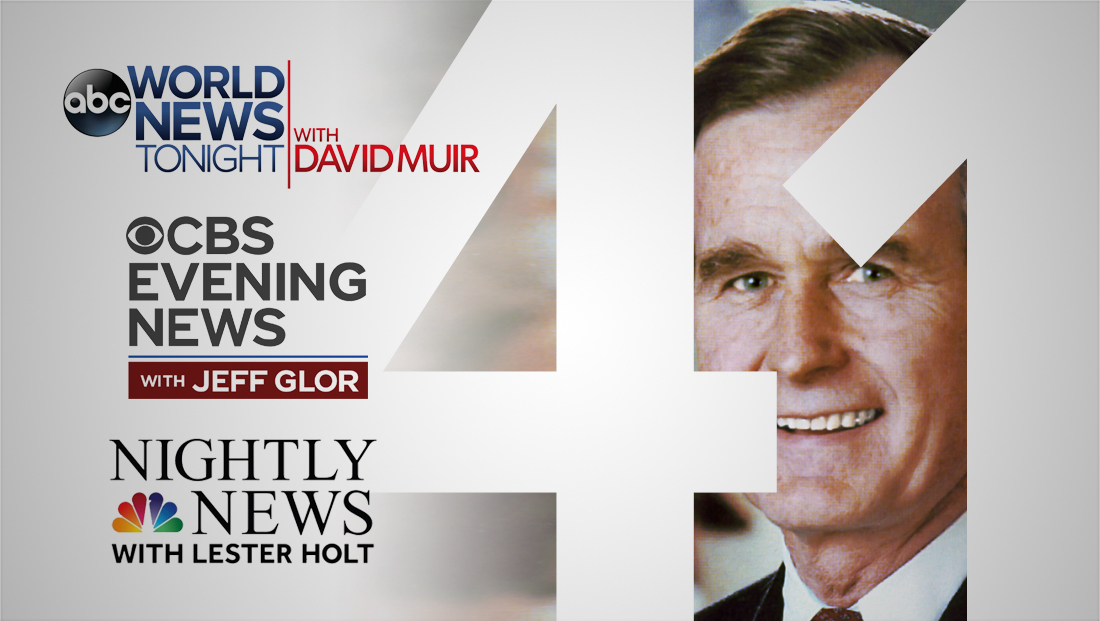 After a full day of coverage Wednesday, Dec. 5, 2018, of the funeral of George H.W. Bush, the networks evening newscasts led with the story — but also were tasked with covering a day the was full of other news as well. 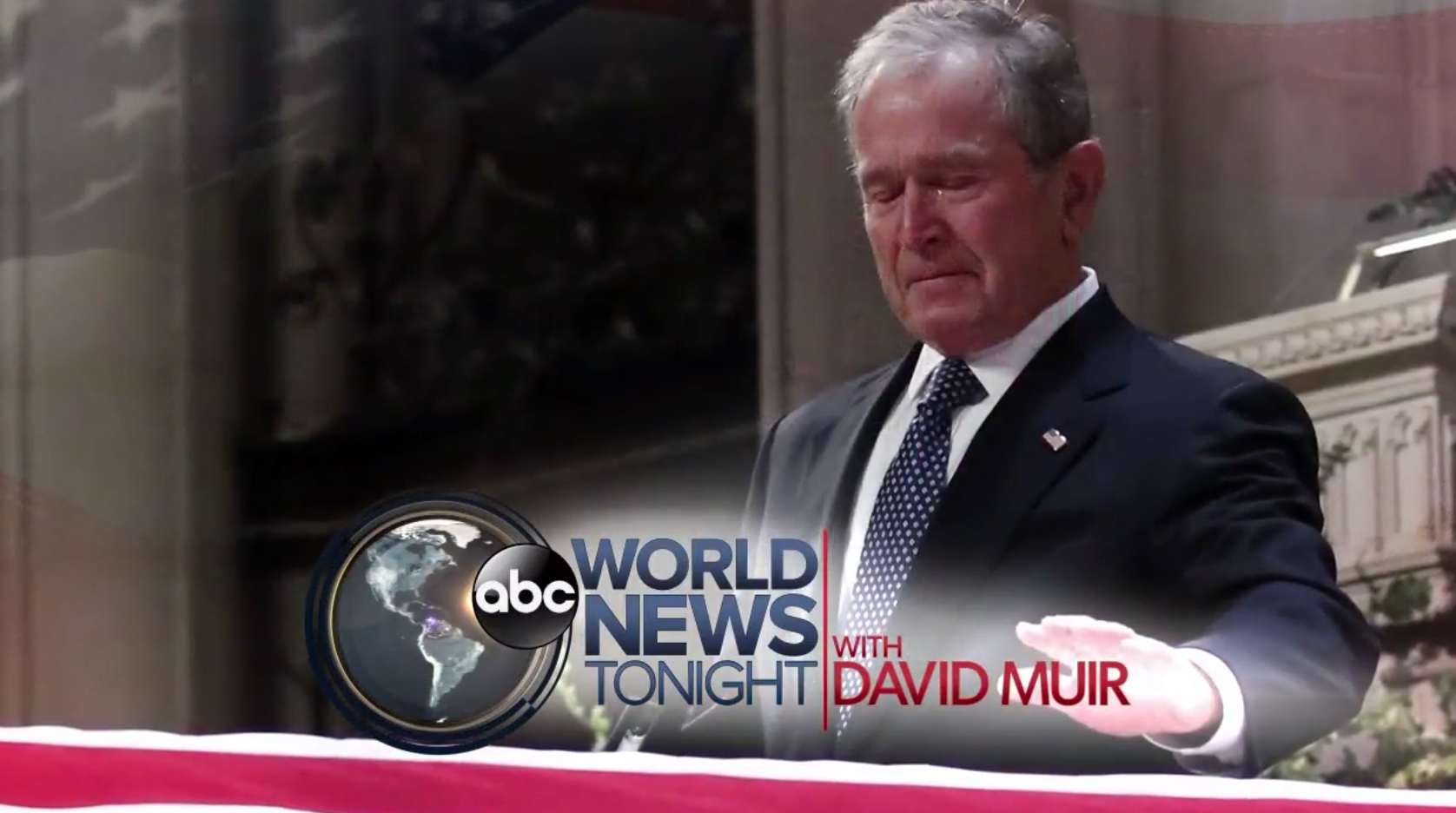 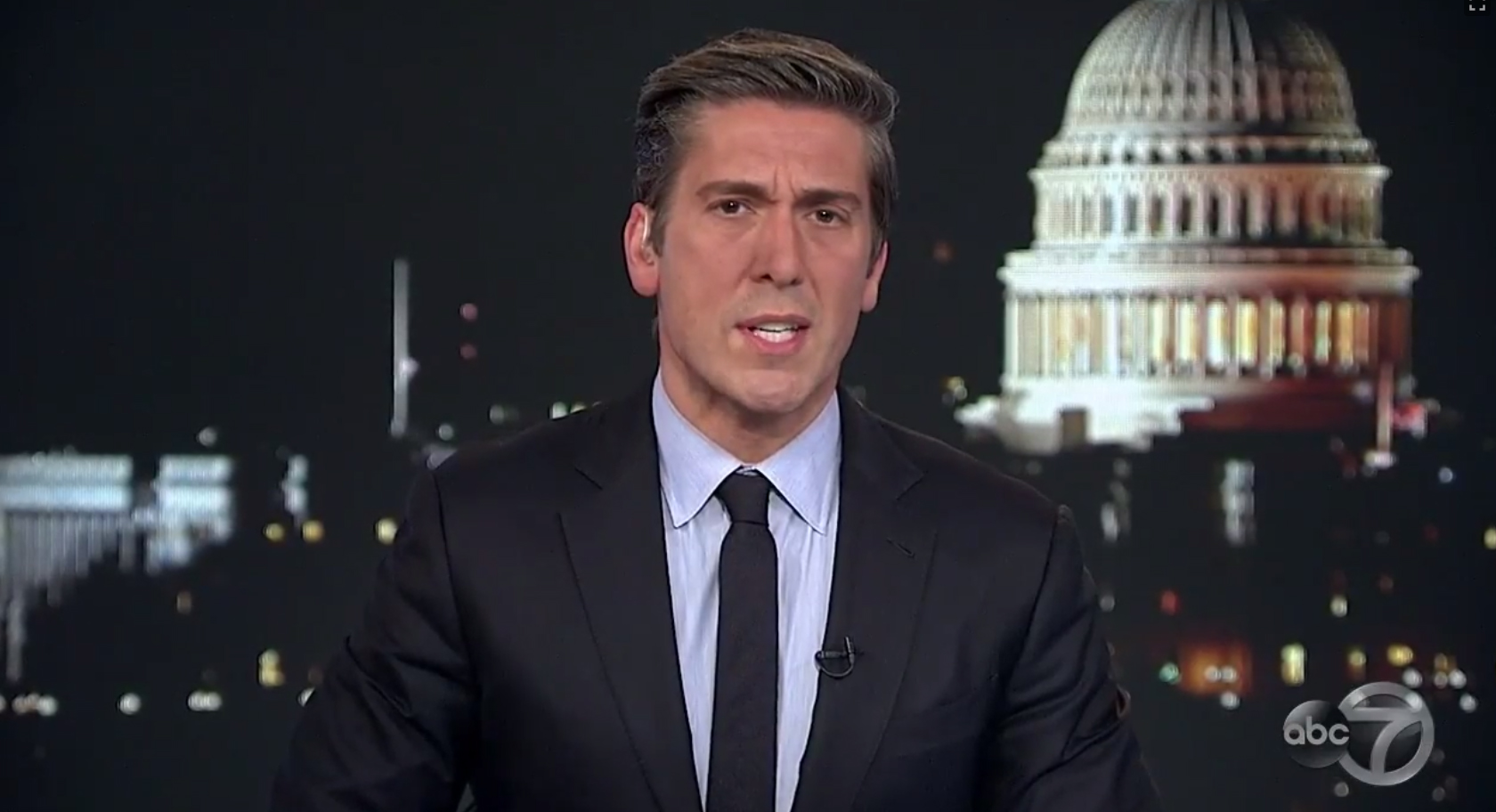 ‘World News Tonight’ anchor David Muir anchored in front of a video background of the Capitol. 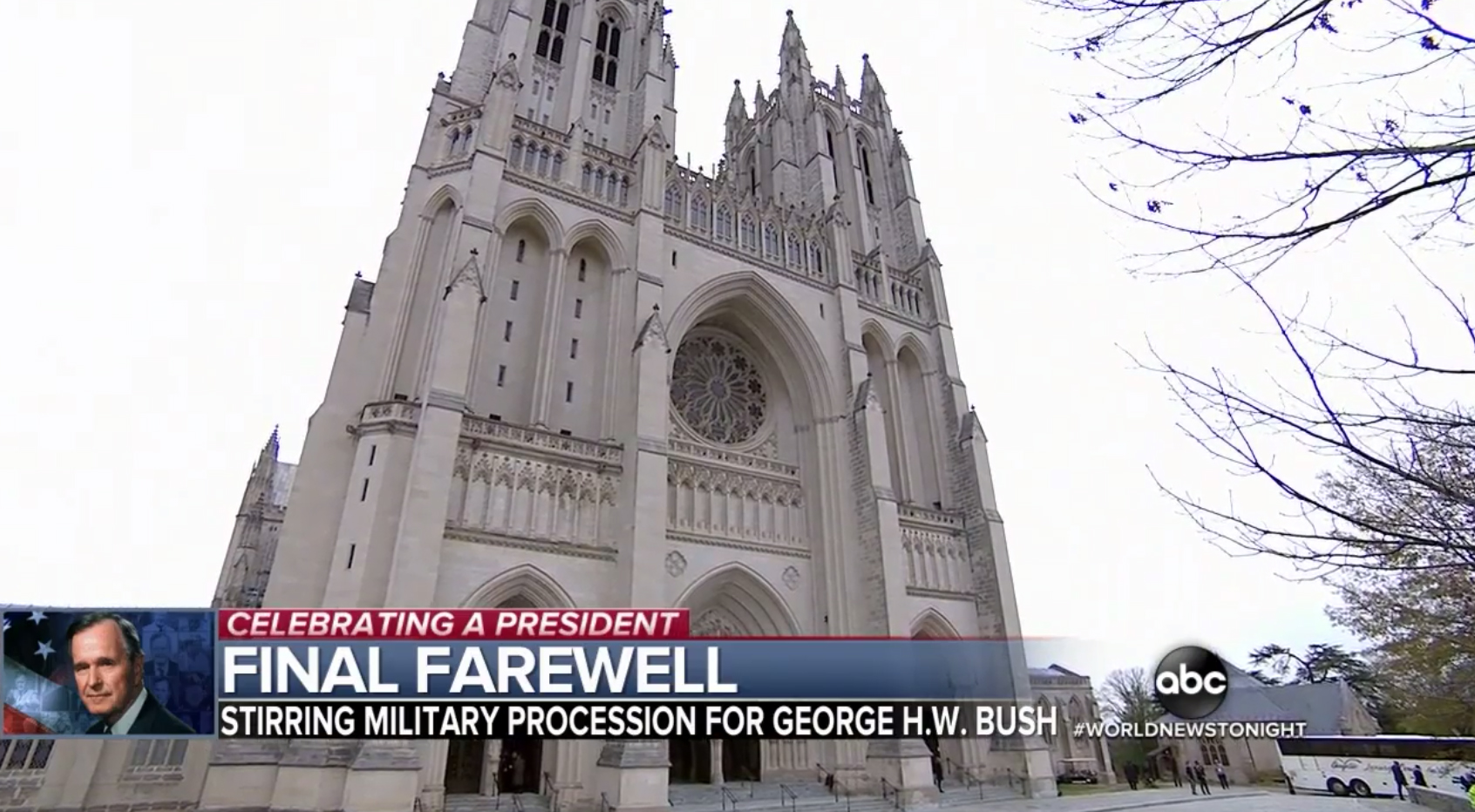 The broadcast also added Bush’s photo in the lower left next to its normal lower thirds with a ‘Celebrating a President’ tier added above. 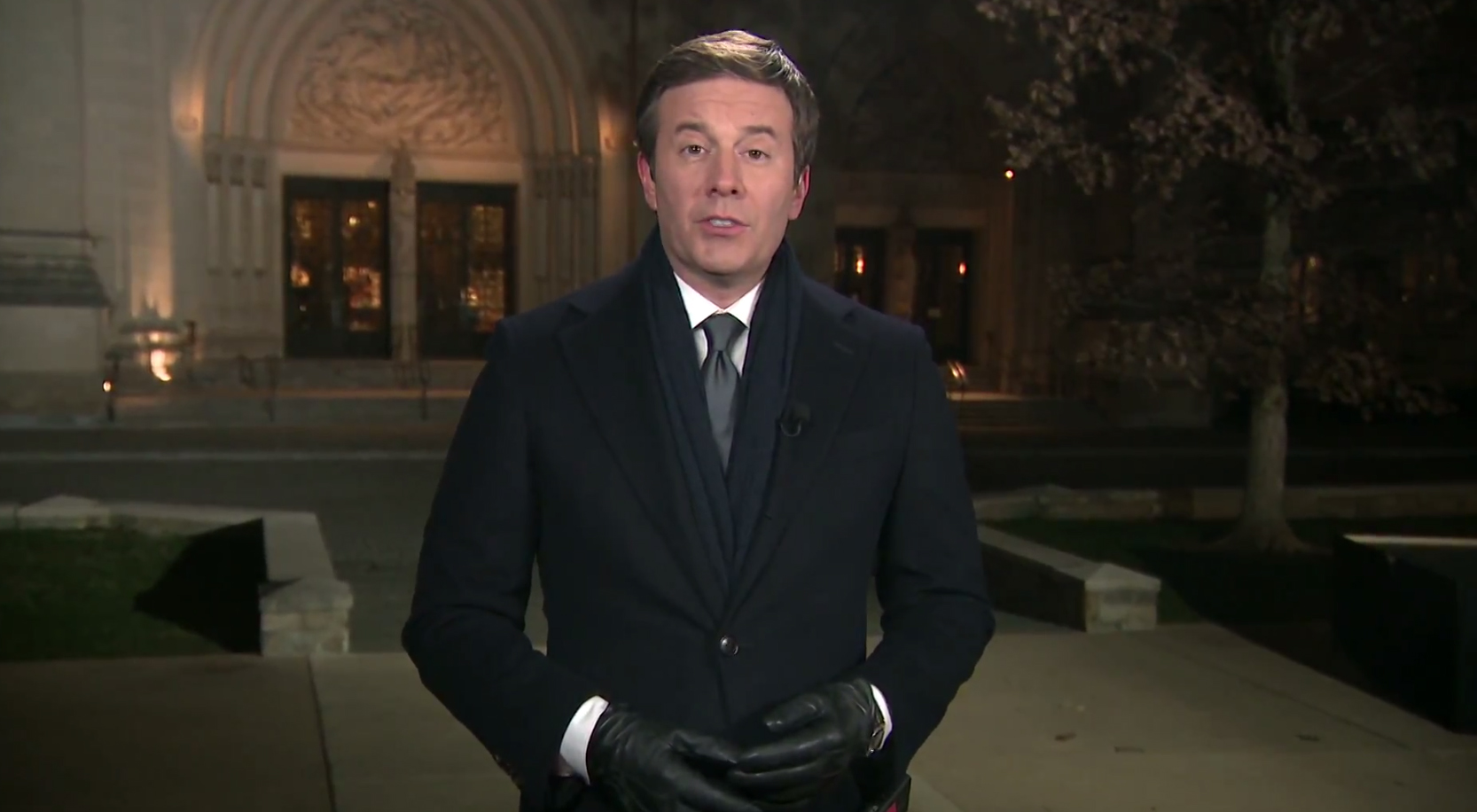 Jeff Glor was the only three of the major network anchors to anchor from in front of the National Cathedral, the site of Bush’s funeral. 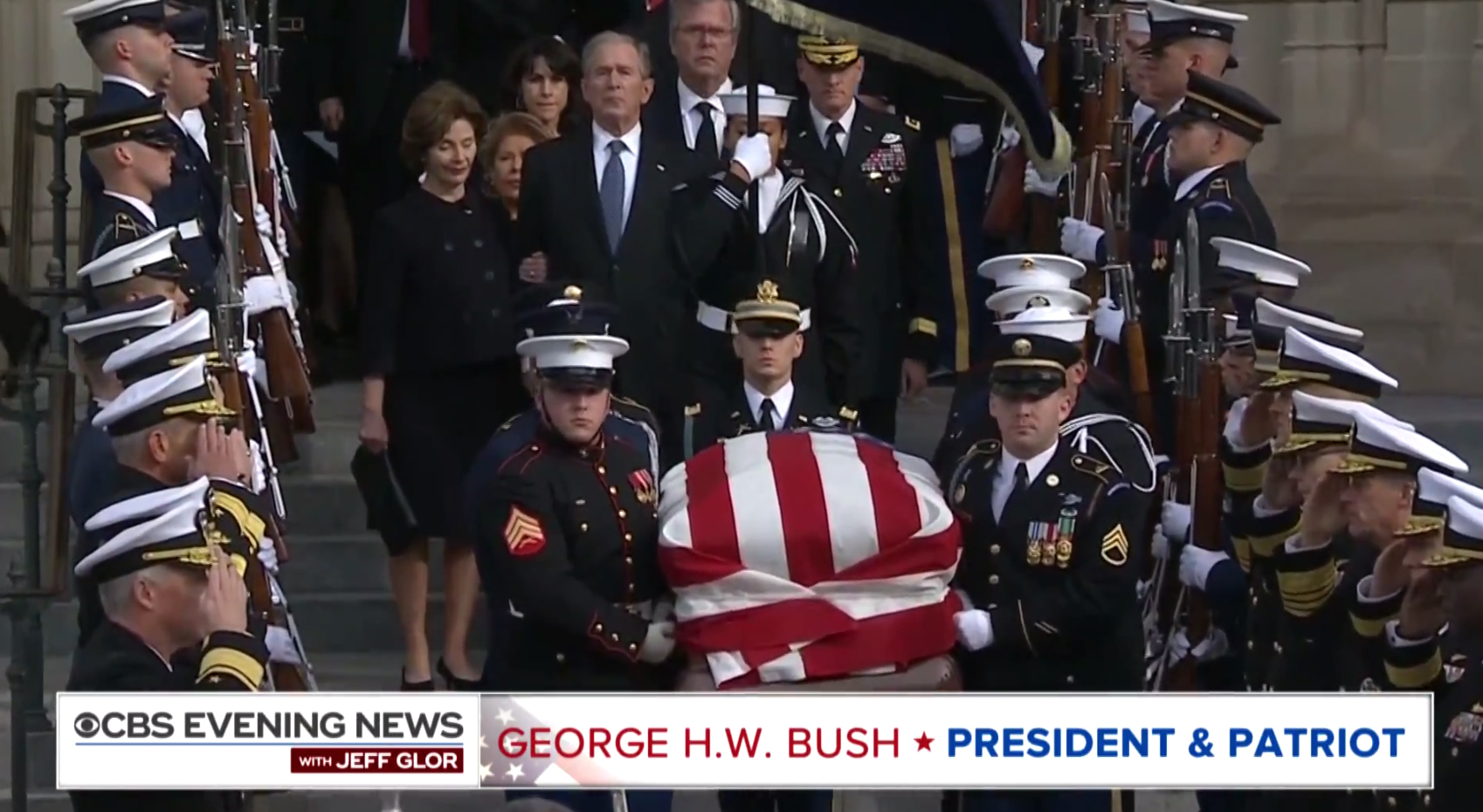 ‘CBS Evening News‘ also continued to use its ‘President & Patriot’ branding in its lower thirds. 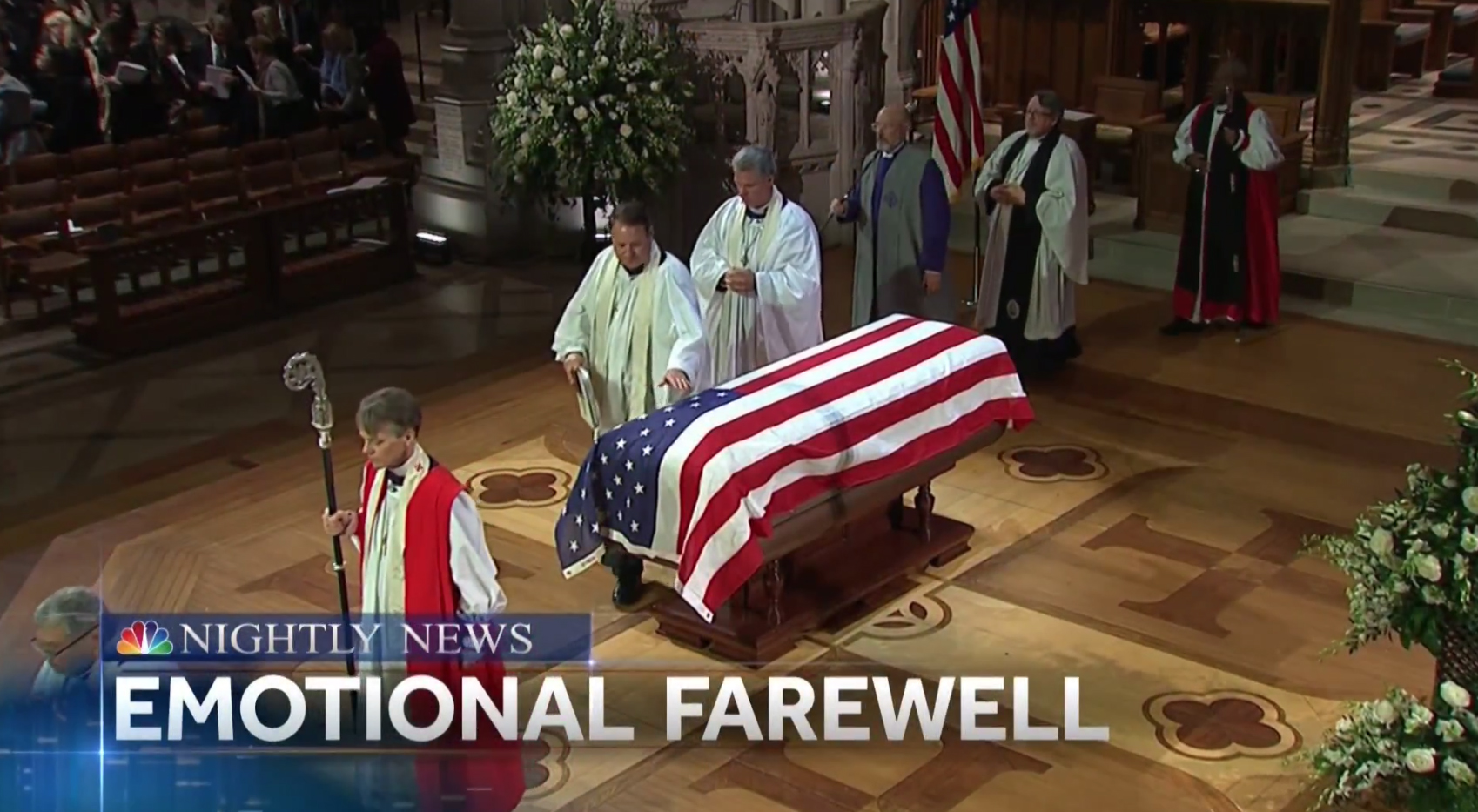 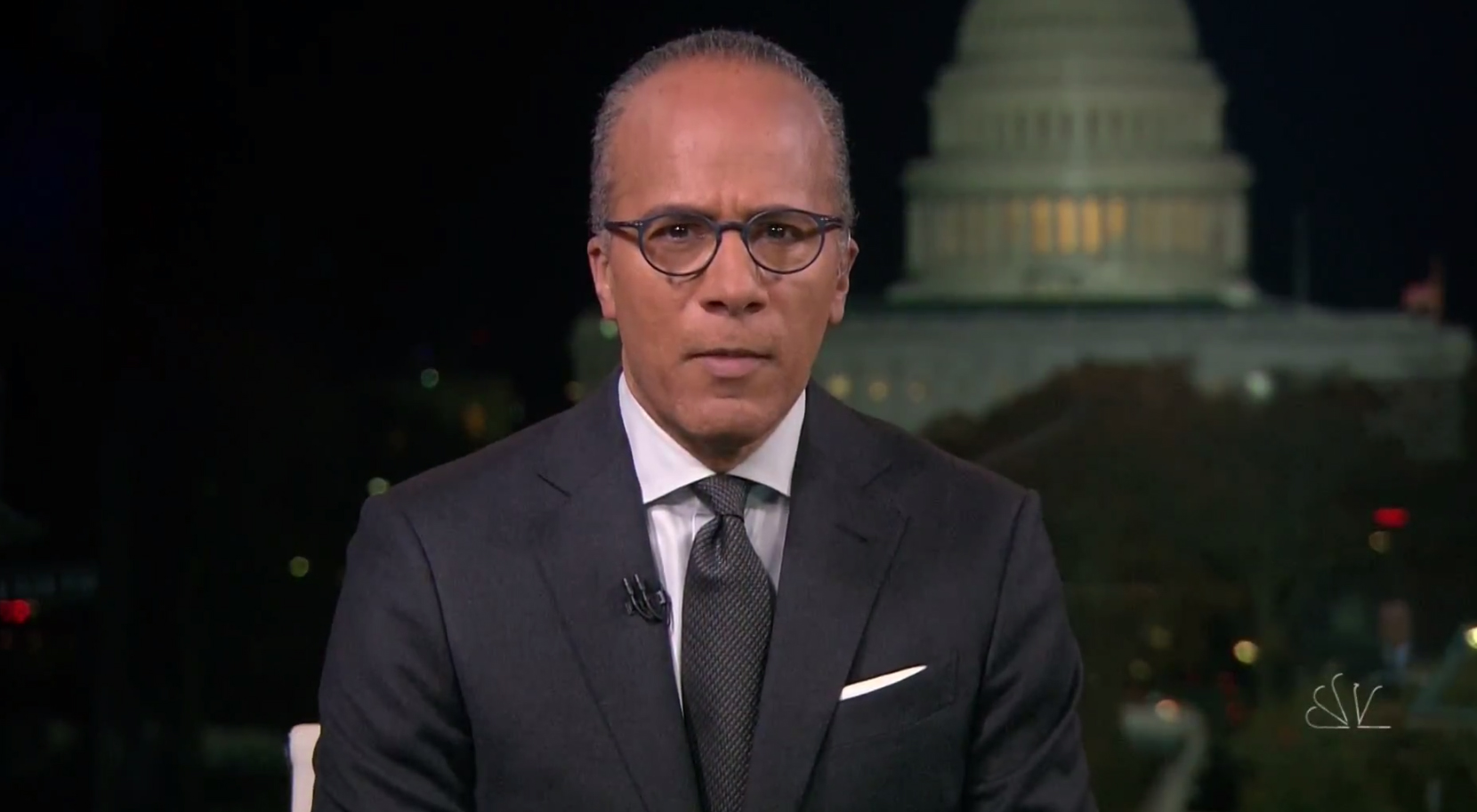 Lester Holt anchored from the network’s bureau from Studio N4, which features a window overlooking the Capitol behind it. NBC’s D.C. bureau also features Studio N5, which is larger and has more video walls. It previously featured a window view but this has since been removed in favor of using video walls. 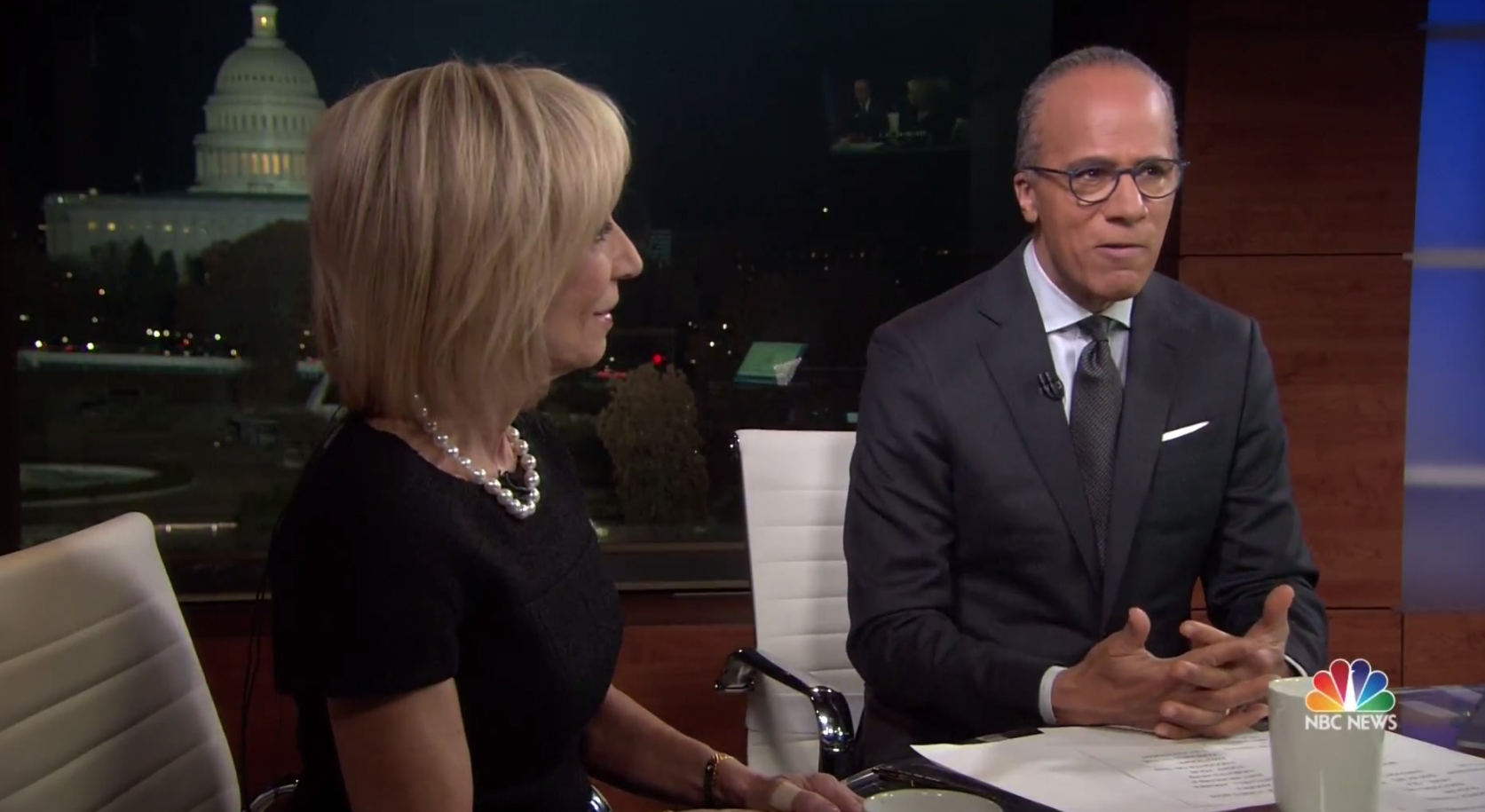 Holt was joined in studio by Andrea Mitchell in Studio N4, who offered brief commentary on the events of the day. 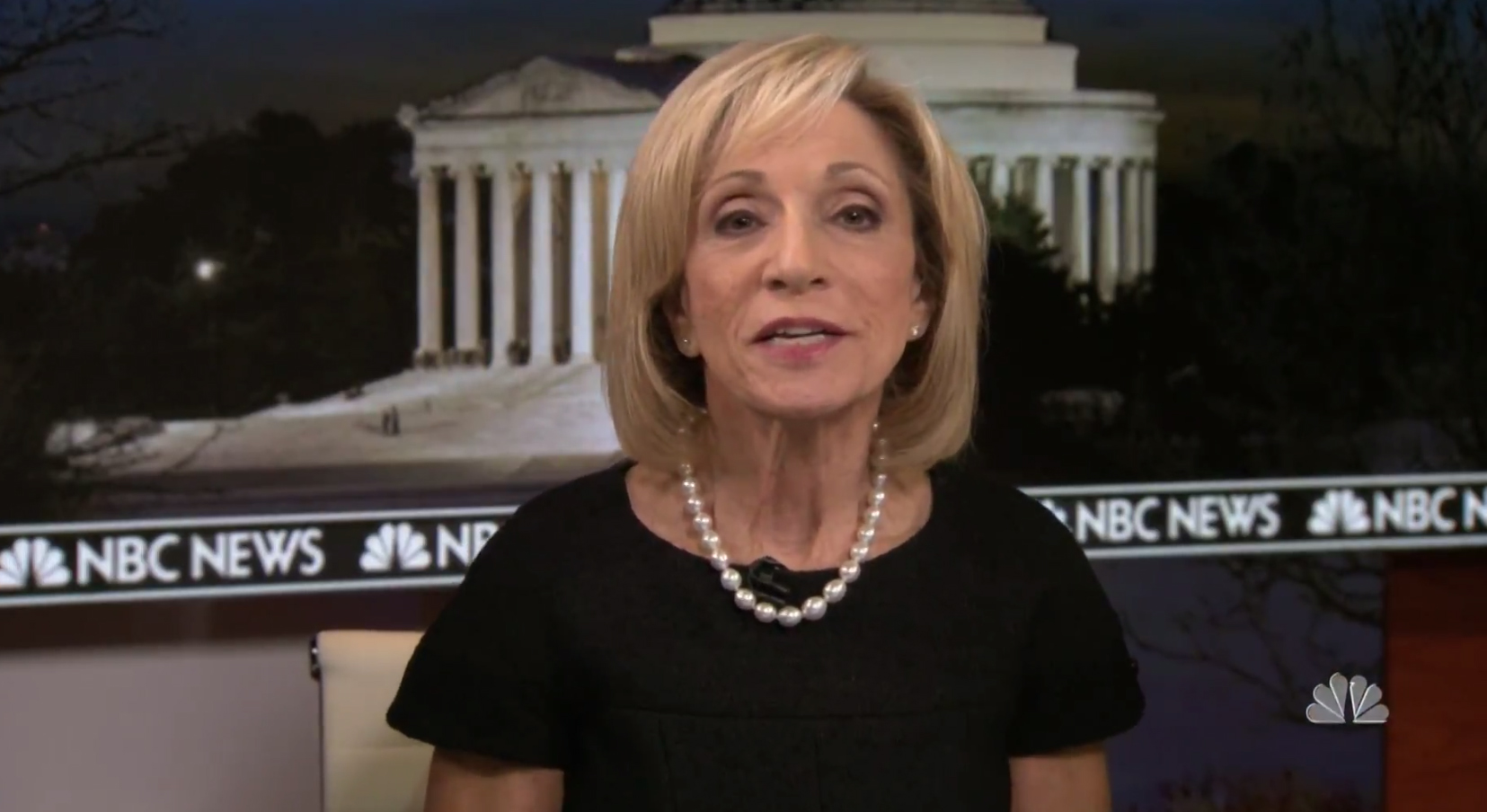 Mitchell’s one shot featured an image of the Jefferson Memorial with an NBC News logo strip. 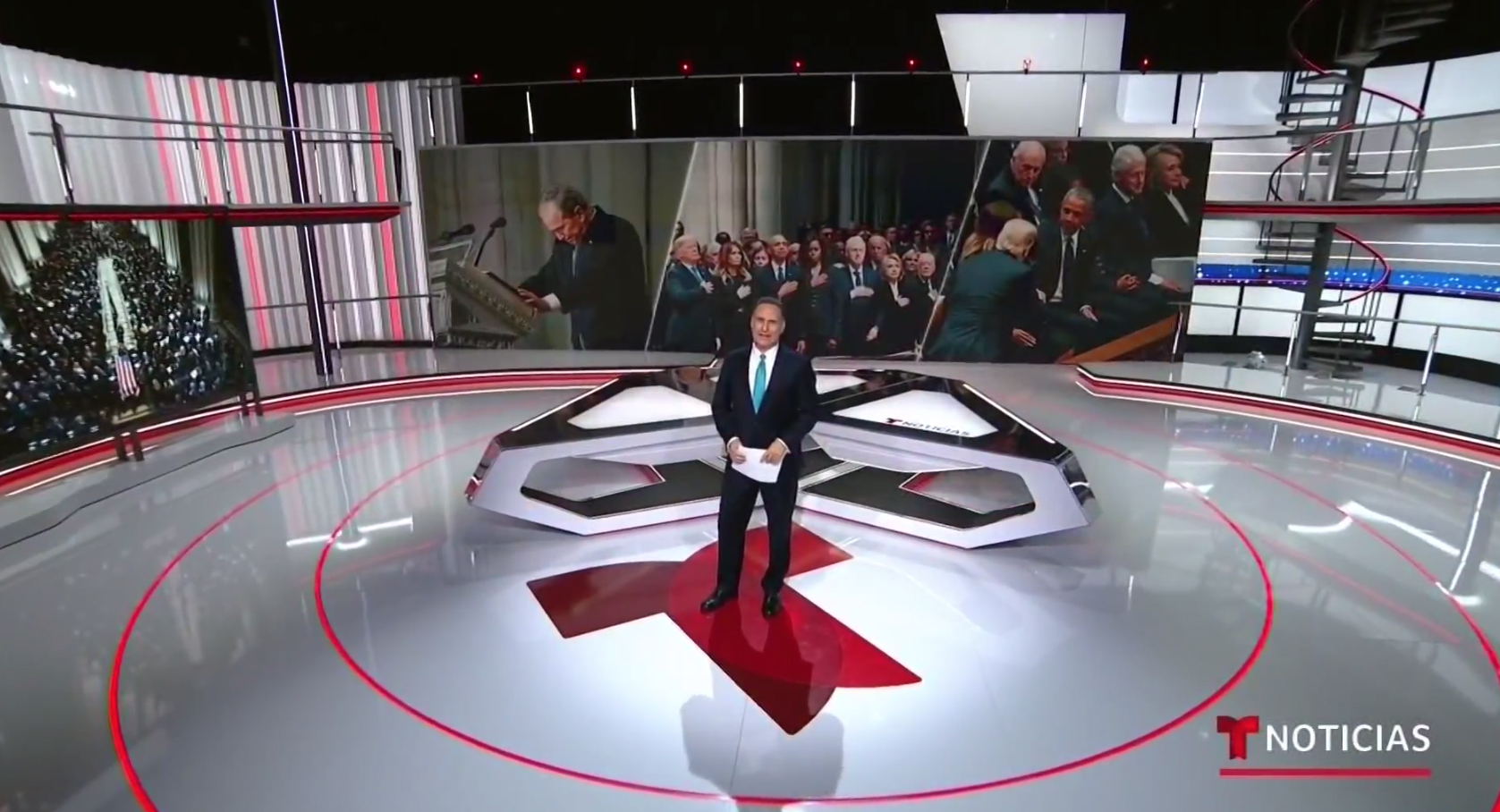 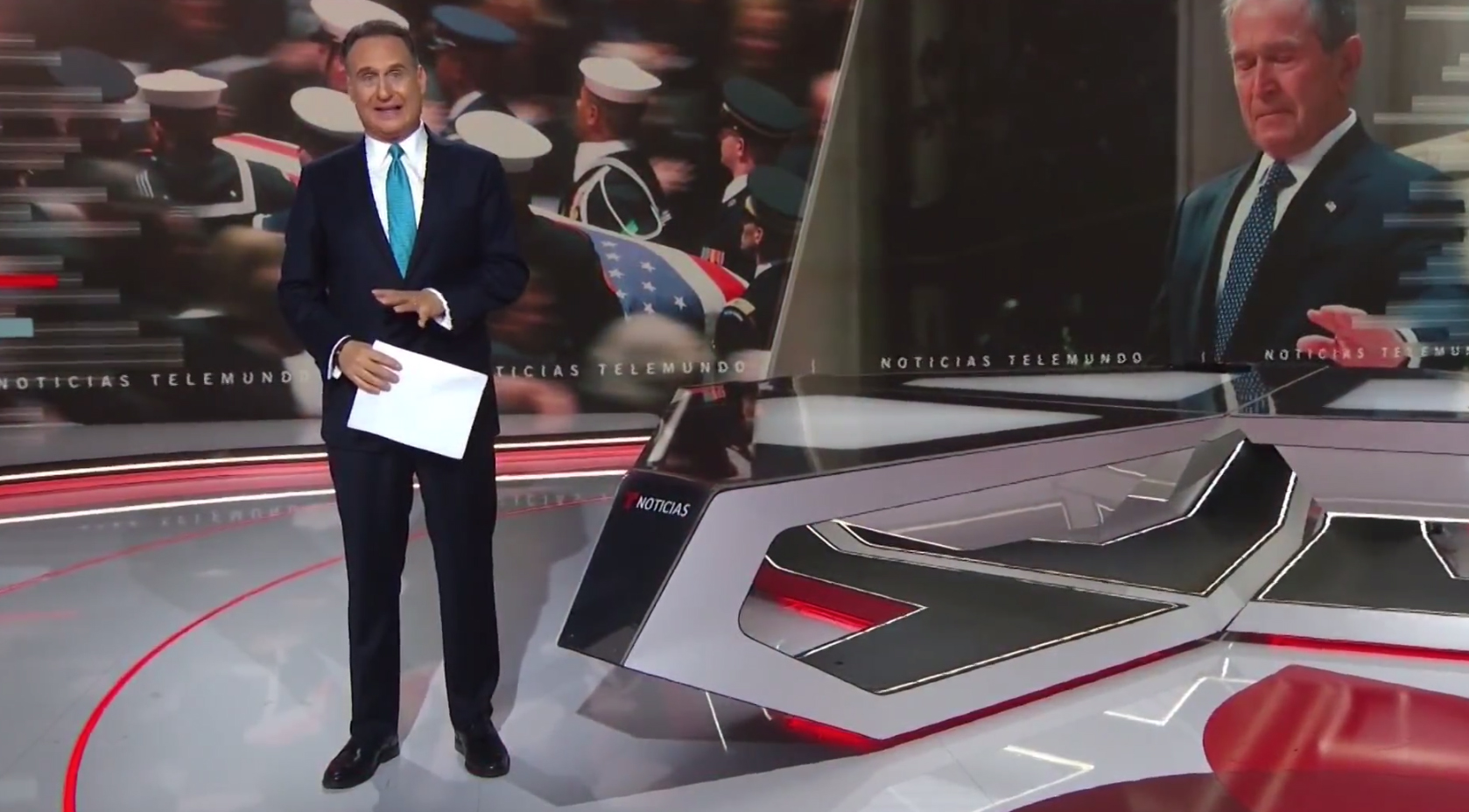 The studio’s video walls were used to showcase stylized imagery from the day, which was revealed using a horizontal band animation effect.