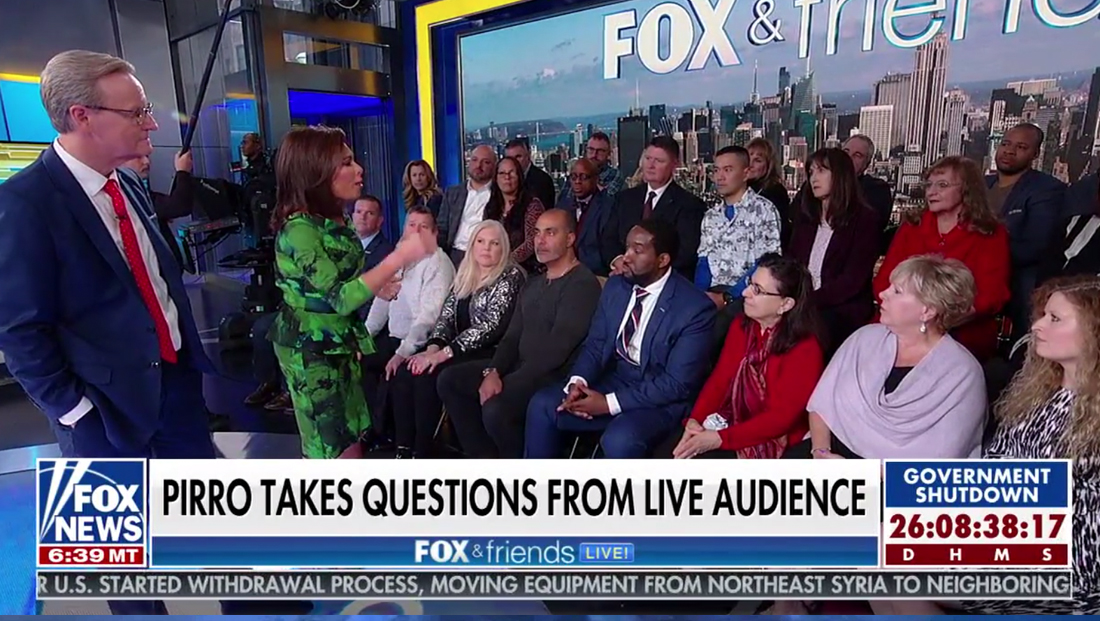 For the first time in its 20 year history, “Fox & Friends” had a live studio audience join its hosts inside Fox headquarters in New York.

The show featured approximately 50 audience members seated in front of the large curved video wall of Studio F with a “Fox & Friends Live” banner and cityscape behind them.

The famous “curvy couch” was brought down from its normal spot on the second floor balcony and set up against a row of video panels and blocky wall — with the panels also showing the “Fox & Friends Live” branding. 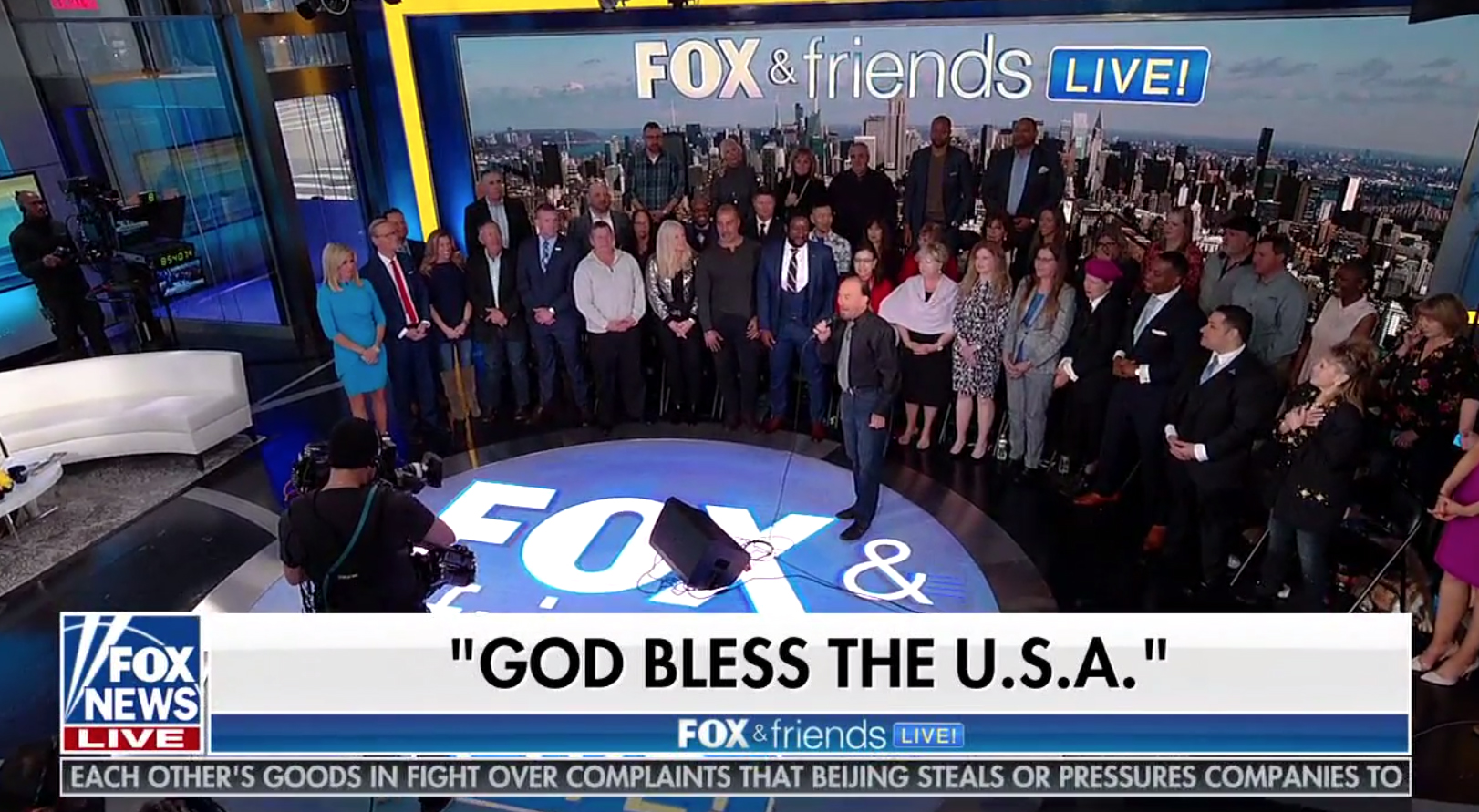 In addition to its normal right leaning look at current events, Fox also passed out Chick-Fil-A food and treated the audience to a performance of “God Bless the USA” (with most audience members standing during it).

The “Fox & Friends” experiment comes as word that competitor “Morning Joe” on MSNBC was the only major morning cable news show to grow its audience in 2018.