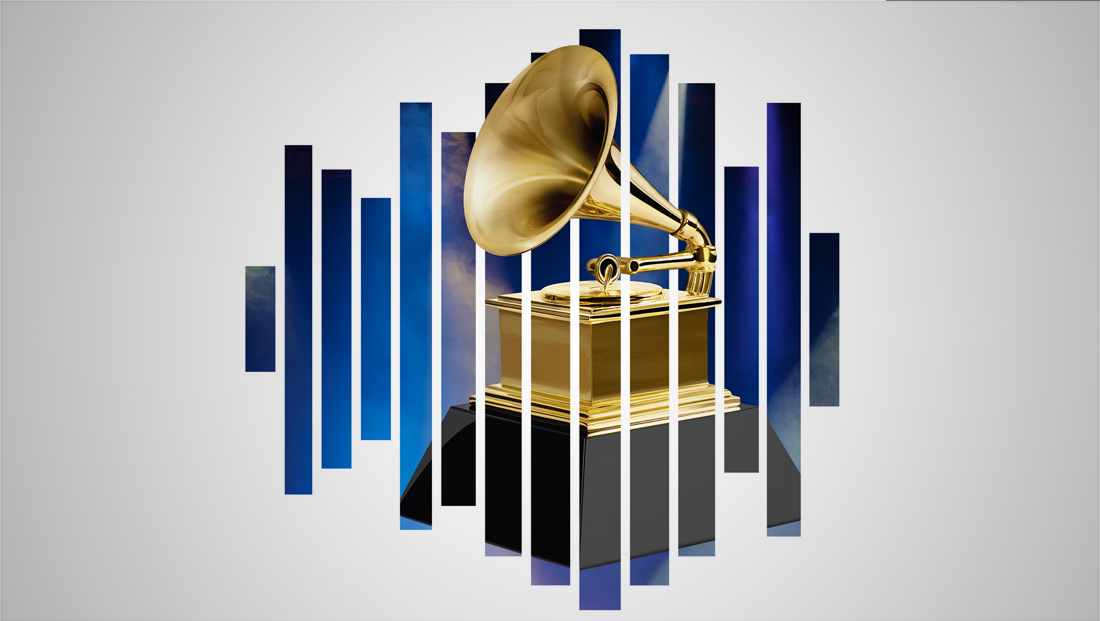 ‘CBS This Morning’ gets its Grammy groove on

Initial key art released by CBS and a promo for the broadcast airing on the network show thick, animated vertical bands mirroring spikes and dips on a sound meter display that serve as a “window” for imagery of artists and other graphics, including the iconic gramophone trophy.

Last year much of the look centered the stylized “record player” icon in the shape of a “60” celebrating the 60th anniversary of the awards. Key art also included “splash” like elements.