‘CBS This Morning’ gets its Grammy groove on 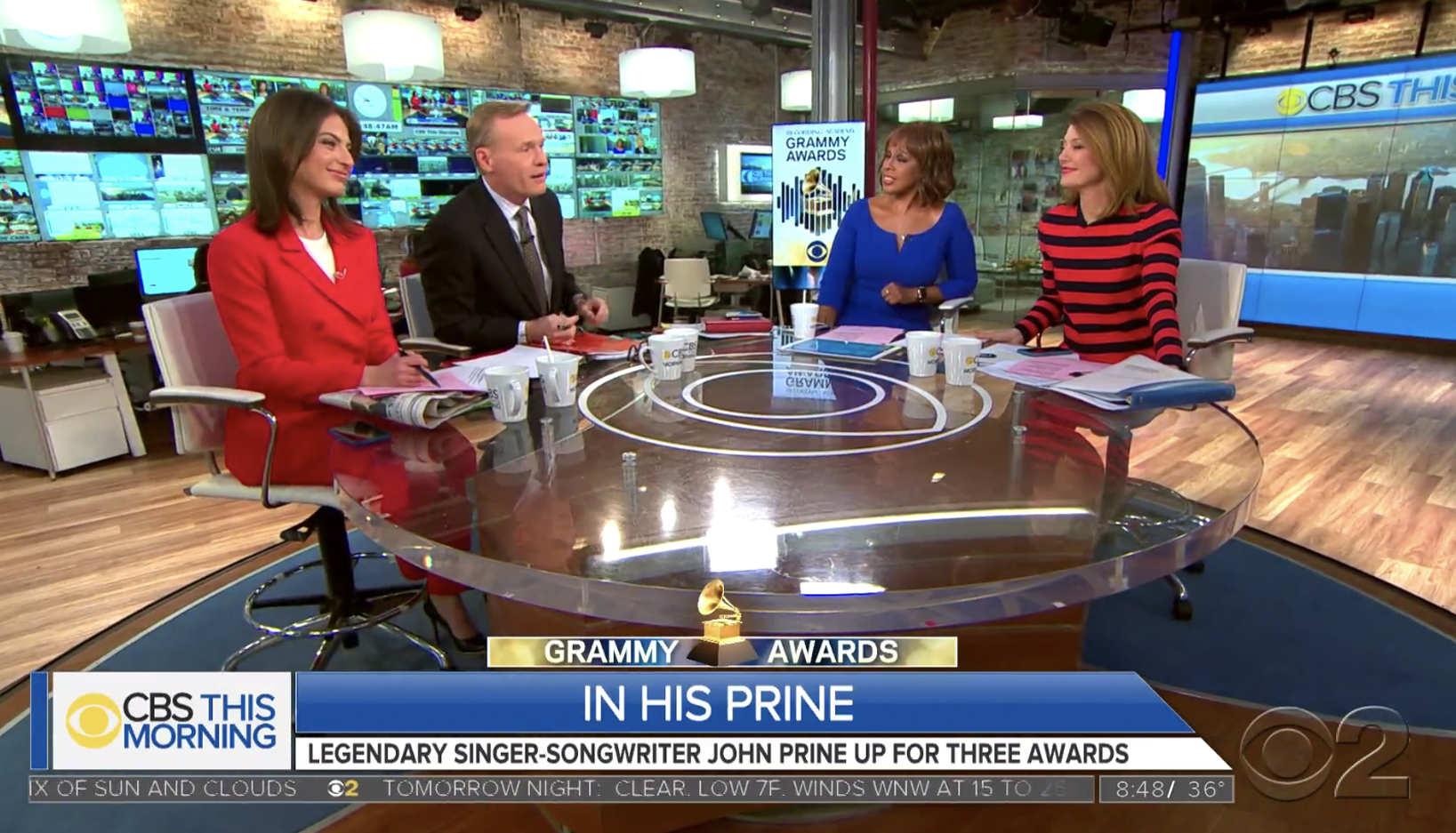 “CBS This Morning” is offering coverage of the music and artists featured at this year’s Grammy Awards, which its network is carrying Feb. 10, 2019.

The show is airing interviews and stories about artists and their craft with special Grammy-themed lower third banners — complete with a small image of the gramophone trophy perched atop it.

The graphics switch to blue and gold during Grammys coverage. 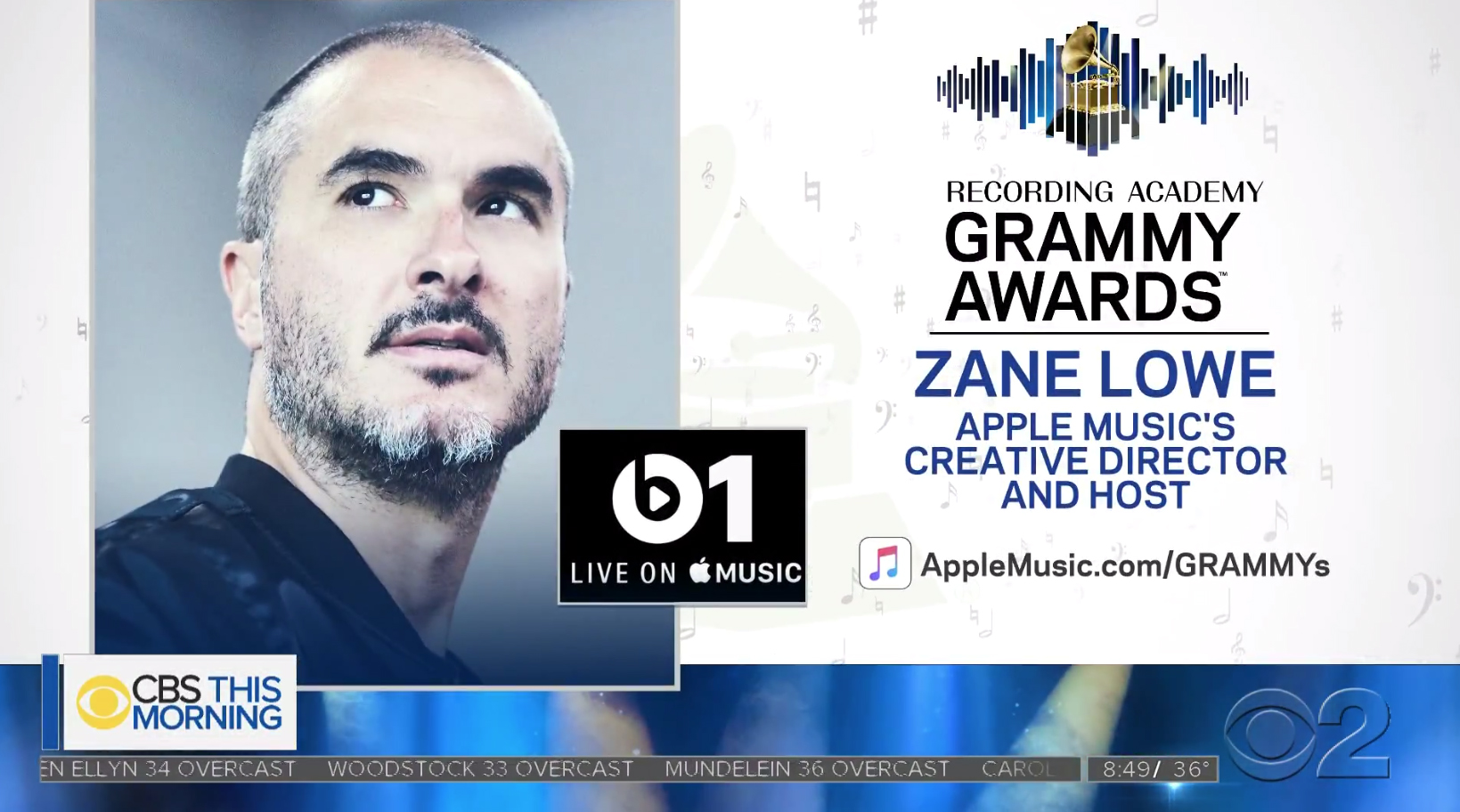 The broadcast is also cross-promoting Apple Music playlists that it is using during its own bumps but are also available on the streaming service. 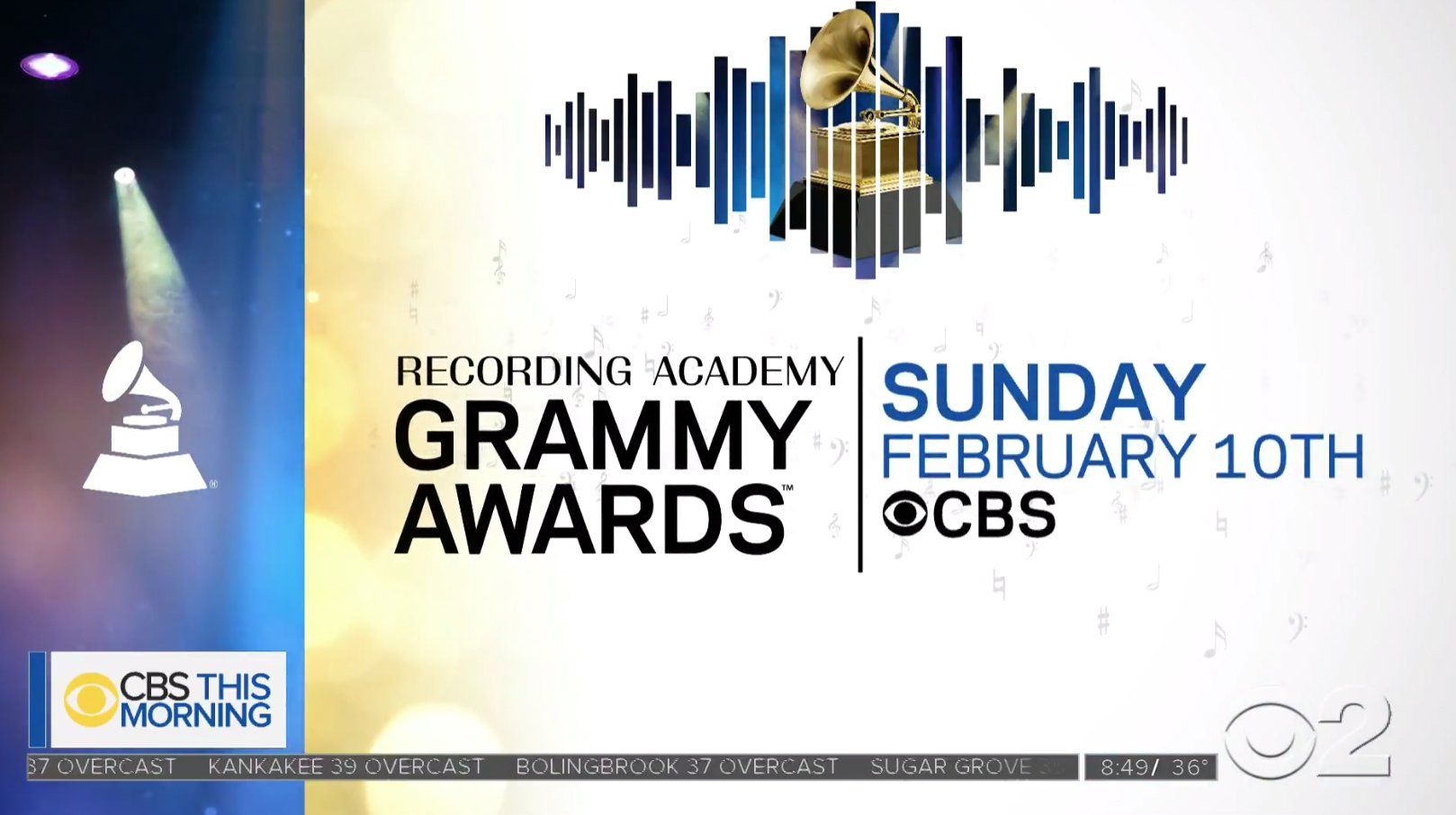 At the end of each Grammy segment, viewers are reminded that the network is carrying the telecast of the awards this Sunday.