Quiz show “Jeopardy!” is celebrating its 35th anniversary with a team-based tournament — the first of its kind — and as a result has made some graphical updates to brand the episodes and accommodate unique elements of gameplay.

The show, as is typical, unveiled new graphics back in September, which was also designed to include the “All Star” look. The show’s normal open was also modified for the teen tournament in November.

In some ways, the diamond-shaped “platforms” featured in the regular season graphics package suggest the points of a star — which moves up to being a primary background element during the “All Star” games — with an added blurred square textural element. 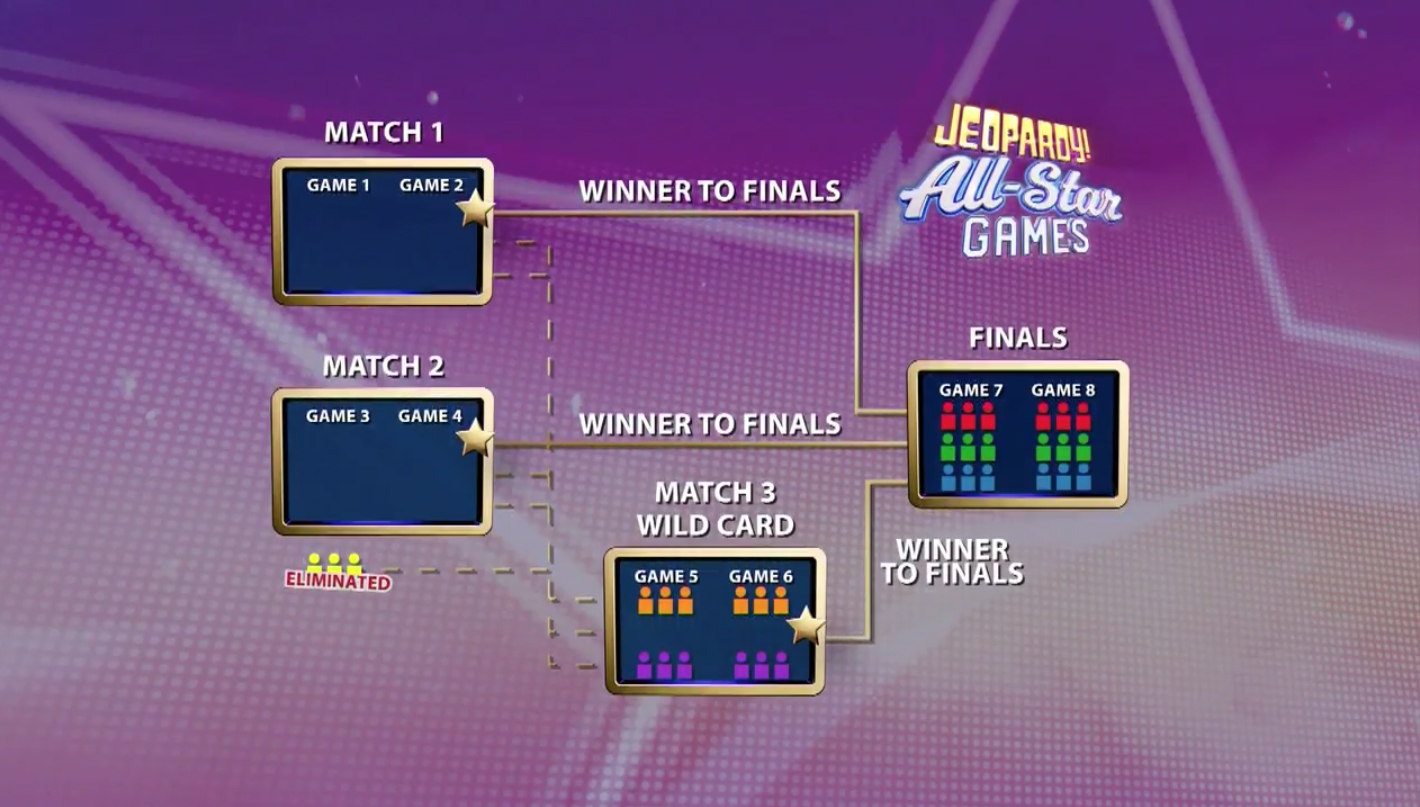 The team based approach is a bit complex, so ‘Jeopardy!’ host Alex Trebek used this bracket inspired graphic to explain how it works.

The shows, which are also being broken up to spread the normal three rounds of the game across multiple days, used a special open on the first day of the tournament, Feb. 20, 2019. 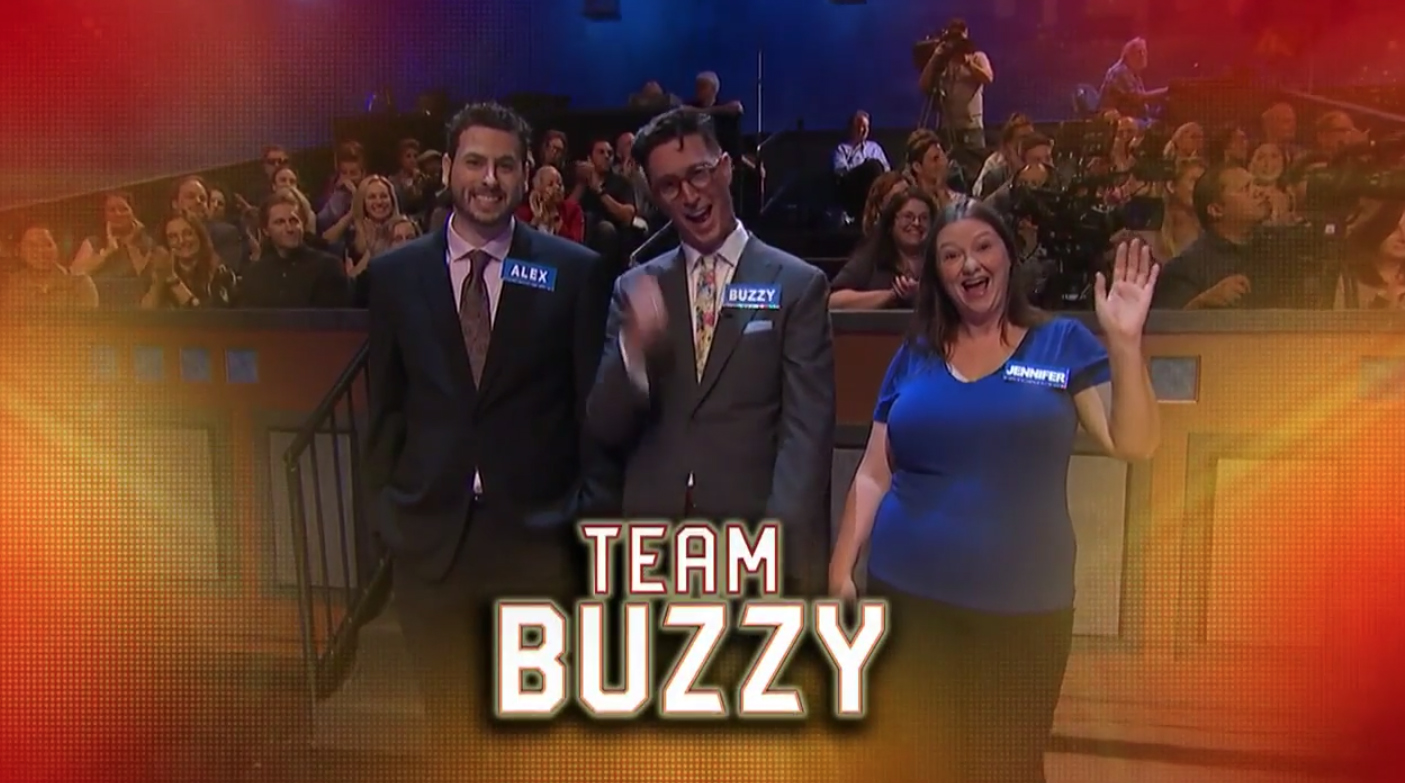 The pattern and star motif were also subtly used in graphics introducing each team, with the team name set in a rather blocky font. 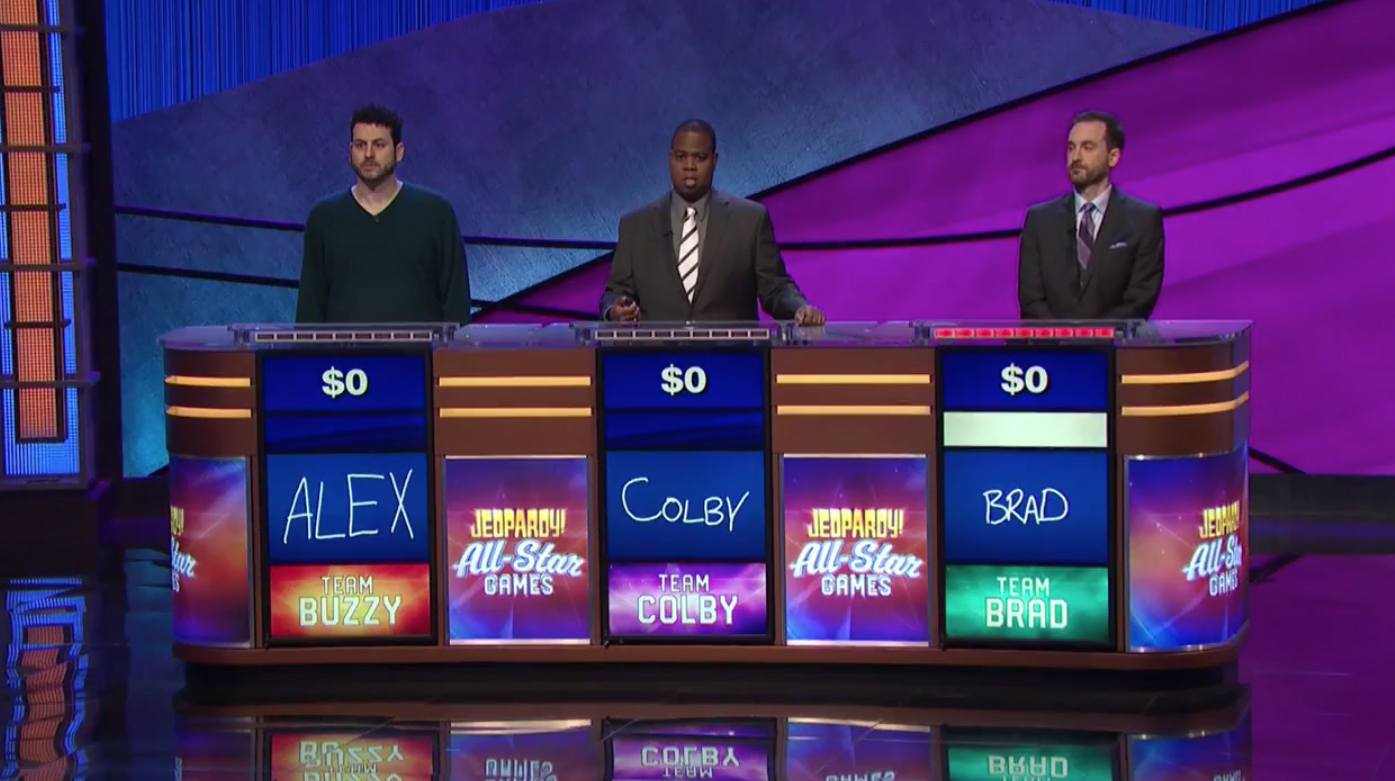 These graphics are color coded by team, which appear under each contestants name on the front of the contestant lecterns. The front of the lecterns are actually a single vertical video panel, with elements, from top to bottom, being fed to them: the score, a decorative band, the contestant’s name written in his or her own handwriting, and, normally another decorative segment. That final segment has been replaced with team graphics for these games. The contestant lectern has also had All Star themed graphics added, creating a bit of a jumble of color.

In addition to the unique look, the show added a new variation of its iconic theme music, which, if you’re looking to hear it uninterrupted, runs for a good 10 minutes at the beginning of the Facebook Live event the show held to draft its teams for these games in 2018.